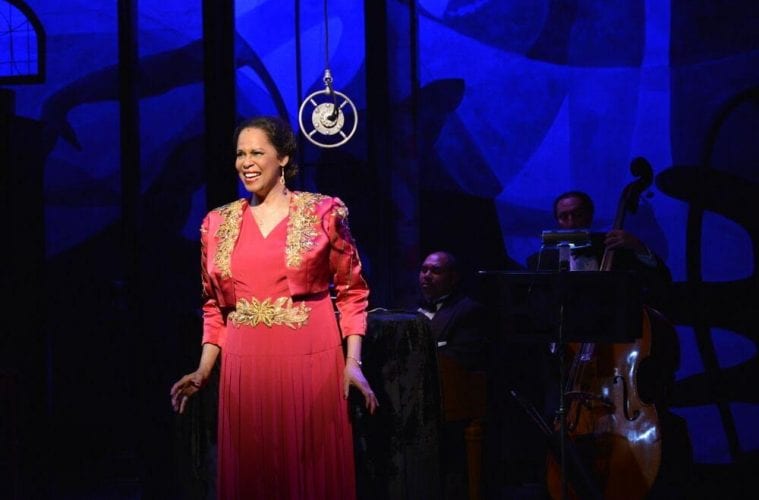 After the boffo year she’s had, performer Terry Burrell wasn’t necessarily looking for another gig this season, yet another one landed in her lap rather unexpectedly. The Broadway performer, now an Atlantan, headlines Backstage & Other Stories: Confessions of a Broadway Star at Roswell Cultural Arts Center on Saturday at 8 p.m.

A few months ago, Burrell was asked to be on a panel at the Alliance Theatre and afterward struck up a conversation with David Crowe, rentals coordinator of the Roswell Cultural Arts Center, who mentioned he was looking to use more local talent at his venue. When Crowe asked if she would be interested in a production, Burrell leapt at the opportunity. Once she got around to planning it, she knew what she wanted to do.

“I realized, in a sense, that I had already written the show,” she says. “It started four years ago. I was not working a lot. For a performer that’s like death. It was a time to reflect. I started telling my husband all these stories about the business, and he was laughing. He told me he never got tired of hearing these stories and that I needed to do something with them. I never thought it was that interesting, but I started writing it. Then I thought, Why not do a show using those stories?”

Burrell has been in the business for 40 years, and her Broadway credits include Dreamgirls, Thoroughly Modern Millie and Into the Woods. In Backstage & Other Stories: Confessions of a Broadway Star, she shares a lot about her years in theater and those people involved. “When people come into the theater, they are usually seeing something that is pretty damn near perfect,” she says. “It is a well-oiled, well-run machine, but it is live. Inevitably, things go wrong. I don’t care how expensive the show, things will go wrong, whether with mechanical things or the people.” 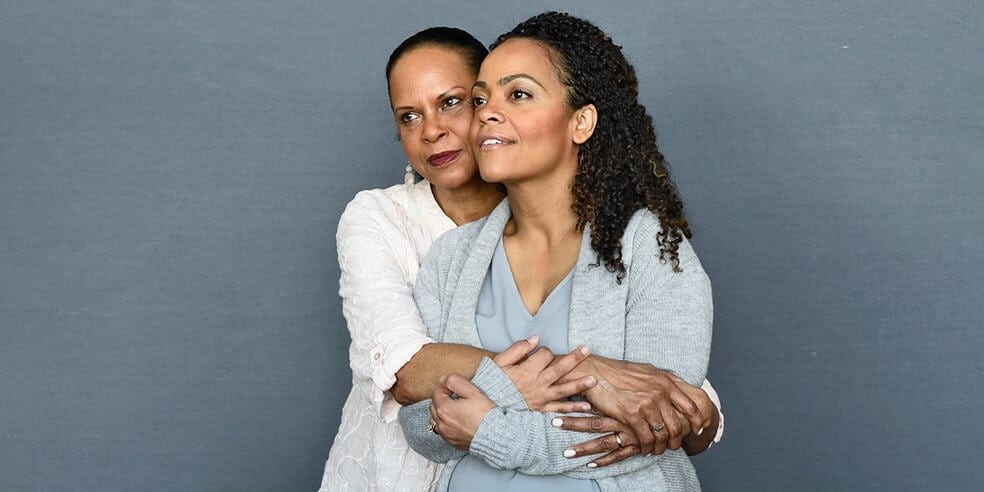 Even though she prides herself on her preparation, Burrell is not immune. “One time I went into an audition and was singing an Italian aria,” she says. “I was new in my career, and halfway through I forgot the words. I kept on going, and I just — made it up. Needless to say, I did not book that job.”

Burrell calls Backstage a lighthearted romp of her four decades surviving in the business. Unlike her one-woman show Ethel, this is more of a concert, but one that contains lots of memories.

Her first Broadway show Eubie! celebrated the music of Eubie Blake, one of the early African American songwriters, and featured Gregory and Maurice Hines. In Backstage, she tells a story of the mischievous Gregory. She also talks about her experience in Into the Woods, complete with the number “Children Will Listen,” performs a version of “My Handyman Ain’t Handy No More” and reminisces about Ethel.

Other stories, though, reflect around her upbringing. “I talk about my parents and how they influenced me and gave us a love of music,” she says. “My mother was from Trinidad, and my sisters and I were born there and influenced by Caribbean culture growing up. I do a whole calypso thing.” She also pays tribute to the likes of Barbra Streisand and her father with a version of “Papa, Can You Hear Me?”

Burrell relocated to Atlanta roughly 20 years ago and has never regretted the move from New York. “I was ready to have something that was less noisy, less frantic,” she says. “I realized after a while in the business that my career is wherever I am. Atlanta supports actors and has supported me for many, many years. I have gotten opportunities that I would not have gotten in New York. New York is smaller and more competitive. I would have never gotten the chance to do Ethel in New York. I get the time and attention and resources that the Alliance brings to the table.”

When she was nominated for Best Actress in a Play for Ethel two years ago by the Suzi Bass Awards and went to the ceremony, she marveled at the depth of the local talent pool. “I got a chance to see how many theaters were represented,” she says. “There were theaters I had never heard of, and they do wonderful work.”

Burrell ended 2017 in True Color’s Black Nativity and has appeared this year in Theatrical Outfit’s Lady Day at Emerson’s Bar and Grill, the Alliance’s Hospice + Pointing at the Moon,  the Alliance’s Candide and Dominion Entertainment Group’s Crowns. She left town for a little while to perform in Newsies in Sacramento and after Backstage will start another crazy-busy stretch. The actress will be doing Black Nativity again, then will be seen in two Alliance productions, the musical version of Ever After and The Wizard of Oz.

Although she loves the challenges of her career, she did take a bit of a break earlier this season after performing one show while learning another. “After I got back from Sacramento, I didn’t want to do anything this summer,” she says. “As long as the quality wasn’t suffering, that was fine, but you can’t keep up at that kind of pace. I’ve had the last few months to cool down and regroup and work on this show.”

Even after a lifetime in the theater, she loves the rush of performing and getting to challenge herself. “I have to say that I don’t see myself doing anything else than what I am doing,” she says. “My expectation is that I will continue to work. If you are clear in your intent, the universe will conspire to see that you are successful in it. I still have the energy to do it, and most of all, I have the interest. And it is still fun for me.”