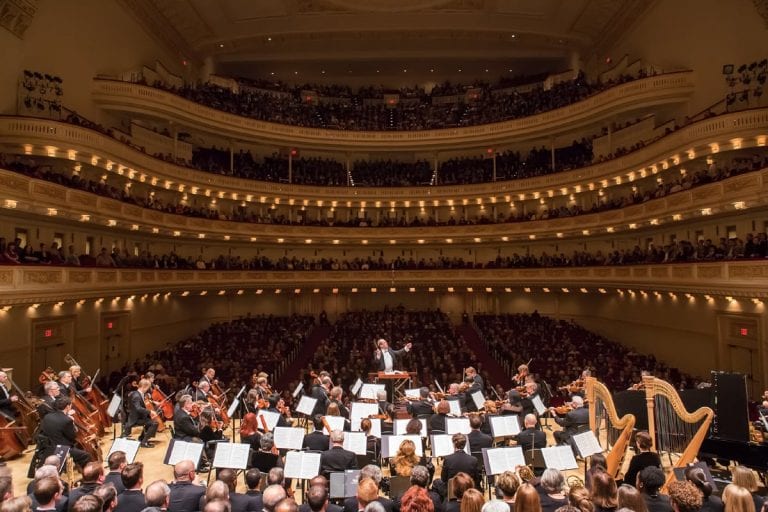 Federal mediation in the Atlanta Symphony Orchestra’s prolonged labor dispute appeared on the verge of unraveling Friday as musicians and management took turns to publicly accuse each other of rejecting their proposals and jeopardizing the future of the orchestra.

Neither side is supposed to talk to the media during federal mediation, but in the early hours of this morning the ASO Players’ Association issued a dramatic press release accusing its parent company, the Woodruff Arts Center (WAC), of abandoning negotiations: “WAC WALKS AWAY FROM ASO TALKS.” After nearly 40 hours of negotiations, the musicians said, management left the table at 11 p.m. Thursday.

Management promptly disputed the claim, countering that its representatives had simply adjourned in order to consider the union’s latest proposal, and accused musicians of deliberately misrepresenting the situation. “To say we ‘walked away’ is not the truth and the union knows it,” said Randy Donaldson, a WAC spokesman.

At the end of the day, however, WAC president and CEO Virginia Hepner sent an email to the WAC Governing Board and the ASO board’s Executive Committee, informing them that the work stoppage would continue and management would soon “be forced to announce a cancellation” of more of the symphony’s season.

“I would love to assure you that the animosity, anger and personal attacks of the last several weeks will not resume now, but I cannot,” Hepner wrote. “The national musicians’ union believes it can divide and conquer and then intimidate our boards into imprudent decisions through its acrimony and misrepresentations. This has been their go-to tactic in labor negotiations for decades. We will not give in to those efforts.”

Meanwhile, Tom Kilpatrick, WAC’s lead negotiator and attorney, sent the musicians a letter claiming management’s latest proposal — which is no different from its last — remained open for the players’ acceptance until 4 p.m., October 27.  With the musicians refusing to agree to management’s proposal, Kilpatrick told Paul Murphy, president of the ASO Players’ Association: “We believe the union threatens to bring an end to our great orchestra.”

Musicians have been locked out of symphony facilities without pay for nearly seven weeks now. Even with negotiators from the U.S. Federal Mediation and Conciliation Service beginning meetings October 7 in an attempt to facilitate an agreement, the two sides have made faltering progress on the key issue: the size of the orchestra.

Throughout the dispute, the musicians have been reluctant to agree to any further cuts to the ensemble, which was cut from 95 to 88 members in 2012, and has been reduced to 76 musicians after a wave of retirements and departures to other orchestras. Until now, management has refused to commit to a fixed size of the ensemble, breaking with decades of U.S. orchestral history; all the nation’s leading companies typically specify the number of musicians through their collective bargaining contracts.

“It has become clear that the only real remaining issue in the negotiations is the size of the orchestra,” Kilpatrick wrote to Murphy. “Of course, everyone would love to have a very large orchestra, but we cannot afford 89 musicians at the present time.”

Management’s current offer proposes that the size of the orchestra remains 76 for the four-year contract, a move that would guarantee no musician would lose his job. As part of the agreement,  Kilpatrick claimed WAC would commit to undertaking a major fundraising campaign focused on creating endowed chairs in an attempt to build the orchestra “as we can afford to do so” up to 90 players by the end of the contract’s fourth year.

The musicians, in turn, suggest maintaining the size of the ensemble at 77 in the first year of a new contract, and then offering management the flexibility to make “best efforts” to gradually increase it to 81 by the end of the second year. The orchestra would then contractually rise to a minimum of 85 by the third year, and 89 by the final year of the four-year agreement.

“The ASOPA committee made it crystal clear during the past few days it would rather have no orchestra at all if it cannot have a larger orchestra with a guaranteed number of players,” Kilpatrick wrote to Murphy. “ASO simply cannot agree to spend money we do not have.”

Management has long argued that the current financial situation is not sustainable: with the orchestra facing an annual $2 million budget deficit, it claims the musicians have to be more “flexible.” The musicians counter that they accepted severe pay cuts in 2012 only for the company to break its promise to steer the company to greater financial health.

Murphy noted that management had failed to commit to increasing the size of the orchestra, offering no guarantee of any fixed number of players above 76. The orchestra could potentially drop below 76 if existing players decided to retire or depart for other orchestras.

“The WAC leadership continued steadfastly to refuse to support the need of a world-class orchestra for a minimum fixed number of musicians,” the ASO Players’ Association said.

While at an impasse on the orchestra’s size, both sides agreed that they had reached agreement on  a new health-care plan that will save the WAC about 25 percent — more than $250,000 a year — over the plan that management canceled on October 1.

Management has rejected musicians’ proposal for an annual pay increase of 1 to 2 percent over a four-year contract. Average pay over the final season would be $87,357, which the players note is $1,043 less than the compensation they earned in 2012. While management has agreed to slight wage increases, Kilpatrick said the musicians’ proposal would add almost $10,000 to each musician’s base pay, excluding benefits, by the end of the fourth year.

No further meetings have been scheduled for next week. “The musicians are available to meet and are certain that an agreement is entirely possible that will end the heinous lockout,” the ASO Players’ Association said in its statement.