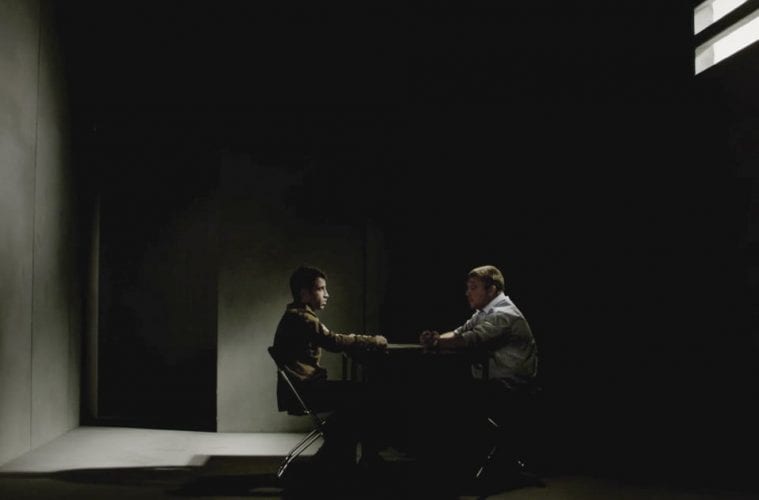 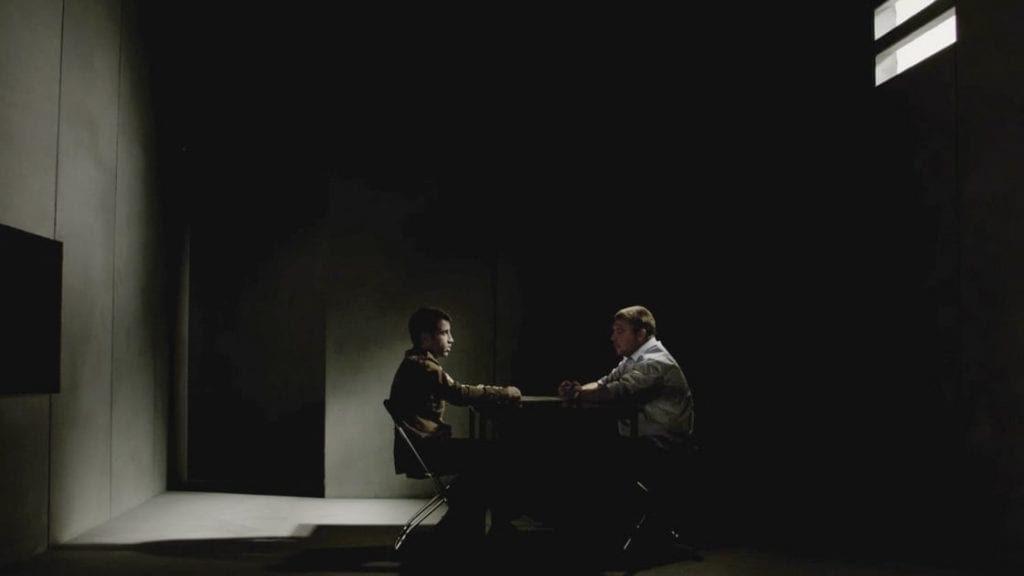 The secret life of betrayal and honor in The Green Prince.

If you’re like me, you approach the topic of Israeli-Palestinian relations with the apprehension of someone actually, physically crossing a border into the shrapnel-pocked and blood-drenched territory at the heart of contention. In other words, The Green Prince wasn’t at the top of my must-see list. (Neither, for many New Yorkers, was composer John Adams’ acclaimed 1991 opera The Death of Klinghoffer, whose opening-night performance on Monday at the Metropolitan Opera was met with screaming protests.)

Recalling Omar and Bethlehem, two powerful (fictional) features shown at this year’s Atlanta Jewish Film Festival — each about the dance of trust and betrayal between an Israeli operative and a young Palestinian man he wants to use as an informant — Nadav Schirman’s documentary shows that real life really can be as strange and powerful as fiction.

The movie focuses on two men: Mosab Hassan Yousef, beloved son of Hamas leader and founder Sheikh Hassan Yousef, and Shin Bet agent Gonen Ben Yitzhak, who sets his sights on Yousef as an ideal, unlikely spy to infiltrate the operations of his father’s organization. “The first day of handling him was the first day of the end of my career,” Yitzhak says, speaking directly to the camera. It’s an ominous, slightly pretentious announcement that turns out to be true in unexpected ways.

“I thought, ‘Is this guy out of his mind, or what?’” Yousef says about being approached by the Shin Bet handler. “I would never betray my father.” The straightforward nature of Yitzhak’s come-on, however, piques the young man’s curiosity. He agrees to meet for coffee.

Recounting his side of their first encounter — and the ones he had with other operatives over the years — Yitzhak is clear-eyed about his actions: “When I bring someone to the meeting,” he says, with something close to good cheer, “basically, I’m destroying his life.”

Yitzhak’s approach is pragmatic. He lets Yousef discover certain truths on his own. When in prison (and, as his father’s son, he’s constantly getting arrested for various flimsy reasons), Yousef realizes that the brutal interrogation, torture and murder of other inmates by incarcerated Hamas members is his dad’s own operation. Innocent people by the hundreds are being killed under false suspicion of being Shin Bet informants — a rank Yousef joins while remaining undetected by being, yes, a kind of prince within Hamas circles. He hides in plain sight. (Yousef has written about his experience in the memoir Son of Hamas.)

Considering that it consists of little more than two talking heads, separately offering accounts of their working relationship, The Green Prince is surprisingly, increasingly gripping as the screws tighten. Yousef takes action to protect his father’s life in acts that could be seen as betrayal of both Hamas and Shin Bet. Yitzhak garners the rage of his superiors by refusing to take out big Hamas targets, because in doing so, Yousef would be exposed as the mole responsible for their access. Each man is stubborn in his own way, but each of them, against the odds, is loyal to the trust he places in the other.

“I would sacrifice my life to save his,” one of the men says at the end. It could be either of them. You believe these words, because you have seen them in action.

For something completely different, take a path away from current geopolitics and wander into the cozy, melodramatic tropes of 19th-century fiction. An Edgar Allan Poe story inspired Stonehearst Asylum, a perfectly OK but not very exciting or innovative return to the question, How can you distinguish between the patients and the physicians in a loony bin?

The movie features an impressive veteran cast: Michael Caine, Ben Kingsley, David Thewlis and Brendan Gleeson. No surprise. Actors like few things more than a chance to act insane, pretend to be physically or mentally impaired, speak in a foreign tongue or play a Nazi or Nazi victim. (See Kate Winslet’s hilariously accurate list of such Oscar-bait roles in the Brit comedy Extras, shortly before she herself won one of those golden men for playing, yes, a Nazi.) Directors like the madhouse milieu, too. (See Martin Scorsese’s Shutter Island, or better yet, don’t.)

Anyway, Asylum stars Jim Sturgess as a doctor named Newgate who arrives in 1899 at the gloomy, isolated facility of the title to serve as an intern physician. Welcomed by the chief superintendent (Kingsley), menaced by his handyman Finn (Thewlis) and bewitched by the beauteous sexual hysteric Eliza Graves (Kate Beckinsale), Newgate is soon uncertain who’s sane and who’s mad. For good reason: he discovers the real asylum superintendent (Caine) imprisoned with his staff in the dungeon. (If you consider this a spoiler, I should warn you: you will encounter even more surprises once you enter high school.) Then, stuff happens for a much longer running time than the material can sustain. Joe Gangemi’s screenplay never decides whether it’s a thriller, romance or satire.

This is the latest from Brad Anderson. He’s a frustrating director. In his two-decade career he’s come up with interesting films that flirt with greatness but fall short (Next Stop Wonderland, Session 9, The Machinist). Just as often, he’s a hired hand on good TV shows like the late Treme, The Killing and Boardwalk Empire. His work here feels like one of those jobs-for-hire — competently done, not especially distinctive.