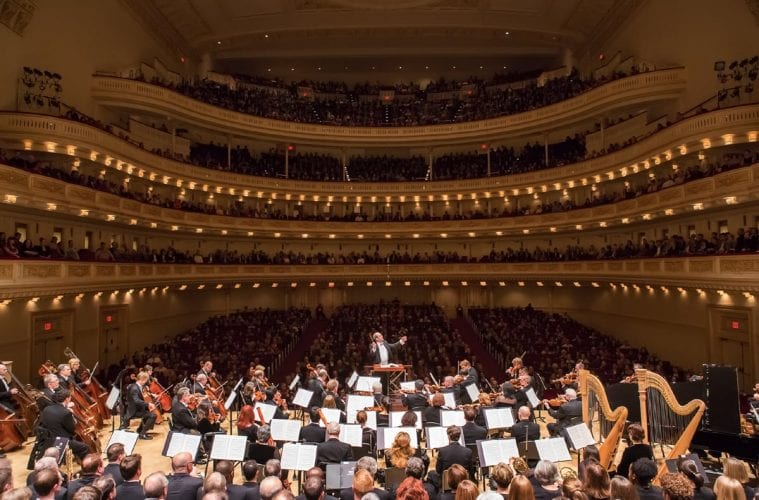 The lockout of the Atlanta Symphony Orchestra is over: the musicians and Woodruff Arts Center’s management announced on Saturday that they have agreed on a deal that ensures modest pay raises, a slight increase in health care benefits, and builds the orchestra back up to 88 musicians.

The players, who have been locked out of Symphony Hall for nine weeks without pay, ratified a new four-year contract that allows them to return to Symphony Hall next week. The orchestra’s 70th anniversary season is now set to open on November 13, with Robert Spano, ASO’s music director, conducting the musicians and chorus in Beethoven’s Ninth Symphony and Mozart’s Violin Concerto No. 5.

“In the end, I feel that what I most feared we’d lost — a sense of commitment to the art form and having a great orchestra in Atlanta — is still there,” said Paul Murphy, associate principal violist and president of the ASO Players’ Association, which represents the musicians. “I feared it was over. I now have more faith that the commitment is there.”

Virginia Hepner, president and CEO of the orchestra’s parent company, the Woodruff Arts Center (WAC), also struck a conciliatory tone once a new contract was ratified.

“We are thrilled we have been able to reach agreement with the musicians,” she said in a statement. “Over the last several difficult weeks of negotiations, both sides recognized that we all share the same goals and aspirations — we all want a world-class orchestra that the musicians and city are proud of and one that has long-term financial stability. We believe this new agreement is one that will allow us to achieve those goals.” The labor dispute was one of the longest and most acrimonious in ASO history. The musicians were also locked out in 2012, when the musicians eventually accepted management’s demands for a 15 percent wage cut as well as a reduction in the size of the orchestra from 95 to 88.

Throughout these negotiations, the core issue was the size of the orchestra, which now stands at 77 after a spate of retirements and departures. Spano took the rare step of speaking publicly about further cuts, saying there are “artistic lines that cannot and must not be crossed.”

Until the two sides entered federal mediation last month, management refused to commit to any fixed number of musicians — an unprecedented move that would have broken with decades of orchestral history. While WAC argued for more “flexibility” as the company struggled with an annual $2 million annual deficit, the musicians countered that any further cuts to their ranks would compromise their artistic output and threaten the orchestra’s standing as the leading cultural institution in the Southeast.

The new collective bargaining agreement requires that the WAC provide the musicians with a 6 percent wage increase over the next four years. It also maintains the number of musicians at 77 in the first and second years, with management making “best efforts” to gradually increase the number to 81 by the end of the second year. The orchestra would then contractually rise to a minimum of 84 by the third year, and a minimum of 88 by the fourth and final year.

Even though the contract will not restore the ASO to its pre-2012 size of 95 — which many consider the base number for a world-class orchestra — Murphy described it as a significant step forward that would ensure stability over the next four years. “For us, the ’88’ number was the Holy Grail,” he said. “This was a negotiation for survival.”

Both sides credited Allison Beck, acting director of the Federal Mediation and Conciliation Service, and Richard Giacolone, commissioner of the FMCS, for bringing about an agreement.

Still, Murphy cautioned that it will be a while before the players can put the lockout behind them. “It’s taken a lot of hard work to get here and there a lot of open wounds that are going to take a lot of time to heal,” he said. During the first month of the lockout, negotiations between the two sides became so vitriolic that ASO president and CEO Stanley Romanstein resigned, saying his leadership would be “an impediment to our reaching a new labor agreement.” Musicians said Romanstein failed to deliver on promises he made after the 2012 lockout to lead the company to greater financial health. After Romanstein’s departure, the ASO Players’ Association turned its ire on its parent company, repeatedly accusing WAC of exacerbating the symphony’s financial challenges with inept leadership and poor financial decisions.

The division also extended to the ASO and WAC boards, with questions raised about which governing body has ultimate control of the symphony. One of the ASO board’s newest members, Ron Antinori, stepped down from his position in protest of the lockout. Soon after, a longstanding ASO board member, John Cooledge, voiced his anguish at the WAC’s “takeover” of the orchestra, saying “the ASO board no longer has any power.”

Now that the lockout is over, some of the musicians and their supporters have vowed to continue asking questions and demanding greater transparency from the orchestra’s leadership and the WAC. At the same time, there appeared to be a strong commitment to working with management to raise morale within the orchestra, engage the Atlanta public and revive dwindling ticket sales and fundraising.

The orchestra — despite 27 Grammy Awards on its resume — has experienced a deficit for 12 straight years, with the core orchestra’s earned revenues dropping from a high of $7.7 million in 2007 to $5.4 million in 2014.

“While completion of the agreement is wonderful news, the reality is that the hard work begins now,” said Hepner. “Together we must find new, compelling ways to engage the community to assure the support the symphony needs.”

The ASO’s predicament led many to question Atlanta’s commitment to high culture and the arts. In an interview with the New York Times, Spano described the lockout as a “dire and critical juncture” for the city of Atlanta: “If the 10th-largest urban economy in America is incapable of sustaining its cultural jewel, what does that signal about our country?” Michael Kurth (center) and other musicians stood firm on a minimum number of musicians.

WAC management has agreed to begin a major fundraising campaign to create endowed chairs in an attempt to build the orchestra up to 90 players.

“We must work together with Music Director Robert Spano and our musicians to get more people in Symphony Hall and more donors willing to support our extraordinary orchestra,” Hepner said. “We are confident we can make that happen.”

Among the musicians, the mood was often jubilant, with many announcing the news on social media. In a Facebook post, Michael Kurth, contrabassist for the ASO, said that he bought a bottle of champagne in 2012, hoping to toast a successful new bargaining agreement. He never opened the bottle, believing the contract the musicians settled on then unworthy of celebration.

When he was locked out again this year — losing not only his income, but any trust in the orchestra’s managers — he wondered if he would ever have cause to celebrate again.

“This time, I’m opening the bottle of champagne,” Kurth wrote. “I’m toasting the victory that we all shared in, musicians, supporters, loyal staff and board members, music lovers worldwide.”

William Wilder, the ASO’s assistant principal percussionist — who has played with the orchestra under Robert Shaw, Yoel Levi, and Robert Spano — said he has lost much of his confidence in management and still worries about whether his two section mates will leave the orchestra. Yet the contract was probably as good as the musicians were going to get at this point, he said, and he looks forward to starting his 47th season.

“There are certain points in my career, when I look back, I know are meaningful,” he said. “This has been one of the more dramatic and more dangerous points in this orchestra’s history. We came very close to losing what this orchestra was and what Robert Shaw built.”