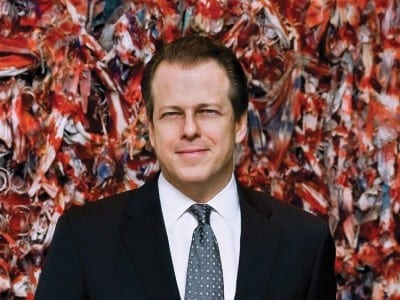 Maxwell Anderson has been named the director of the Dallas Museum of Art.

Anderson started his career as a museum director at Emory University’s Michael C. Carlos Museum in 1987. He has since zigzagged across the continent, serving as director of the Art Gallery of Ontario (1995-1998), the Whitney Museum of American Art (1998-2003) and, most recently, at the Indianapolis Museum of Art.

A number of ideas that have become hallmarks of his career germinated at the Carlos, where Anderson began a practice, which he has built upon, of finding ways to integrate technology into the museum experience. At Indianapolis, the entrepreneurial museum director started IMA Lab, a consulting arm, which has generated $500,000 in revenue, and creates and disseminates open source tools for use by museums. During Anderson’s years in Atlanta, art dealer Bill Arnett introduced him to Southern visionary art, which continues to bear fruit, most recently in the IMA-organized traveling retrospective “Hard Truths: The Art of Thornton Dial,” which will come to the High Museum of Art in 2013.

Though a specialist in ancient Greek and Roman art, Anderson has cottoned to contemporary work. He added New Media and Architecture as collecting and programming areas at the Whitney and oversaw the construction of the IMA’s sculpture park. The IMA organized the exhibition of performance artists Jennifer Allora and Guillermo Calzadilla for the American pavilion at the 2011 Venice Bienniale.