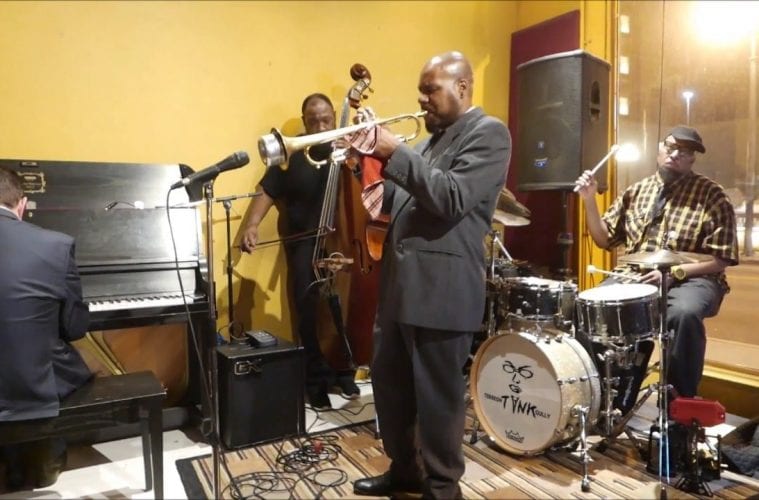 Churchill Grounds, the venerated Atlanta jazz club next to the Fox Theatre that closed its doors in July, has found a new home and plans to re-open next fall in Grant Park.

The original Churchill Grounds was a mainstay on the Fox Theatre campus for 19 years, but Yi lost his lease earlier this year. The cafe served as a foundation for Atlanta’s jazz scene, especially the weekly jam sessions that drew both budding and established musicians.

The Beacon is slated to be built on Grant Street on the Atlanta Beltline. The $20 million project will revitalize six old industrial warehouses into a nine-acre district with 110,000 square feet of businesses and restaurants.

Matt Arnett, who puts together the Grocery on Home house concerts in Grant Park, served as a matchmaker between Yi and Beacon developer Philippe Pellerin, who had approached Arnett for ideas about potential music tenants in the complex. Arnett thought Churchill Grounds would be a perfect fit, and set up a meeting.

“I thought the meeting went exceptionally well,” Arnett says. “It was clear that Sam and Philippe were going to be fast friends.” 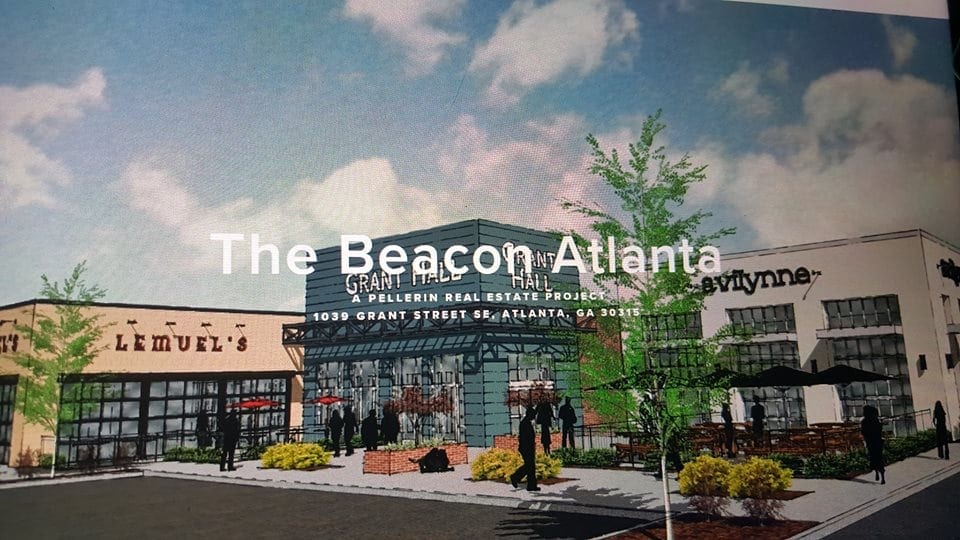 Yi says it was Pellerin’s vision that drew him to The Beacon project. “I didn’t want to make a hasty decision,” Yi says. “I checked with a lot of people and chose to go with The Beacon, mostly because of Philippe. He courted me really hard and asked me what he had to do to have me there.”

Arnett says the announcement is “incredible” for both the Atlanta and Southeastern music scenes.

“There’s a dearth of music venues presenting jazz on a human scale in our region,” he says. “Especially for young people who want to pursue the art form, there aren’t a lot of places to cut your teeth. Sam brings a mix of accomplished artists and phenomenal up-and-coming musicians to his space. I’ve seen kids who barely were old enough to vote trading licks with seasoned professionals at Churchill. The sense of community Sam has fostered at Churchill is rare in these times. It’s inspiring.”

Arnett says he is especially excited that Churchill will make its new home in the Grant Park neighborhood. “It’s a coup,” he says. “As the neighborhood has grown, there really aren’t many places to go for real entertainment. We’ve got lots of great restaurants and great markets, but there really aren’t places you can go hear live music. It also will attract folks from all over the city and the region. I’m super excited about The Beacon and Sam moving into the neighborhood.”

For Yi, the closing of the Fox Theatre location turned into a blessing in disguise. Not only is Churchill Grounds moving into a brand-new space in what is considered by many as the next hot property in Atlanta, the down time has helped Yi to reshape his priorities.

“I was 100 percent involved in the club for two decades and never took time for myself,” says Yi. “I think I took four vacations in 20 years. I had no time to spend with my wife and my dogs, I was so into jazz and trying to keep the art going. The closing allowed me to find balance in my life.”

For now, Yi is in search of a space to put on a New Year’s Eve show. He recently went to an Atlanta Hawks game with renowned jazz trumpeter Russell Gunn, who traditionally performed at Churchill Grounds on New Year’s Eve. Gunn surprised Yi when he asked, “Where is New Year’s Eve this year? I’m holding that date open for you.”

That kind of loyalty helped motivate Yi to search for a new location for his club. “At one time I was thinking about possibly walking away, but the jazz community’s response was overwhelming,” says Yi. “And that’s the music that has always inspired me.”