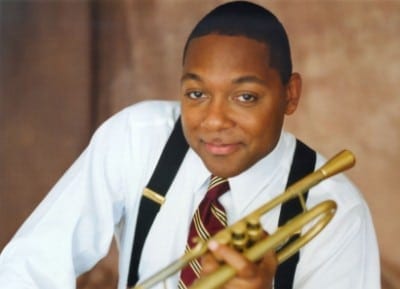 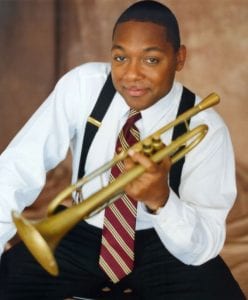 For the third time, the world premiere of Wynton Marsalis’ “Blues Symphony” has been postponed. Booked by the Atlanta Symphony Orchestra for summer 2008, then fall 2008, then for November 19, 2009, the completed work’s debut has now been pushed to January.

Marsalis apparently can’t finish writing it and keeps missing his deadline. Two of the planned seven movements are completed and playable. Two more are in rough draft form. The rest is still in Marsalis’ head.

For the November 19-22 concerts, the ASO will perform the two polished movements, a Ragtime (movement 3) and a Danzón (movement 6). Musically related, they are both in D-flat. And if the two draft movements can be orchestrated and copied in time for the ASO to rehearse, then they will be performed, too. Four out of seven? Not so bad.

The new date for the completed work is now penciled in as January 14, 2010, part of the ASO’s “A King Celebration” concert at Morehouse College, the annual commemoration of Martin Luther King Jr. The concert will be recorded by public radio’s “Performance Today” and broadcast nationally on the King holiday.

Two years ago, the jazz trumpeter, bandleader, educator and composer was commissioned by the ASO and the Boston Symphony to write a large orchestral work. It was a natural next step. His 1997 oratorio “Blood on the Fields” was the first jazz work to win a Pulitzer Prize for composition. In 1999, the New York Philharmonic premiered his 100-minute, 12-movement “All Rise (Symphony No. 1)” for gospel choir, big band and orchestra.

Marsalis’ plan for “Blues Symphony (Symphony No. 2)” was just as bold: it would be his first purely symphonic score, without his on-stage participation and without an improvising jazz combo. As he discussed his ambition with ASO music director Robert Spano and others, it grew in scope and length.

Each movement was designed to be in the form of 12-bar blues choruses with variations and specific sounds related to historical reference points. As Marsalis explains: “It incorporates the call and responses, train whistles, stomp-down grooves, big-city complexities and down-home idiosyncrasies of Afro-American and American music. Like most New Orleans musicians, I grew up surrounded by vernacular music and love the plain-spokenness of it all.”

One feels a balance of pity (for the artist) and frustration (as a listener) when a serious and conscientious composer like Marsalis can’t meet his obligations. He is probably more troubled by this than anyone. He has declined press interviews to talk about the new symphony, and now you can understand why. Has he concocted a grand symphonic statement that’s beyond his own reach? Has he procrastinated, hoping inspiration would strike and he would then feverishly finish the score in time for the premiere? It’s hard to imagine a musician as experienced and seemingly confident as Marsalis feeling insecure, but an hour-long symphony for a professional orchestra — without his own brilliant participation — might be so far outside his artistic comfort zone that he’s creatively paralyzed.

That’s all speculation, and sympathy, on my part. It’s good to remember that the history of music has so many examples of major works that came to life in dribs and drabs, sometimes over many years — but that seem, to later generations, monumental, cohesive and whole — that, well, we should let Marsalis take his sweet time.

As Spano told me after the first postponement, with a laugh, “I’m glad he’s not rushing. Wynton told me, ‘I’ve missed deadlines, but I’ve never been late!’ I understand what he means: The piece is still gestating in his head, and when it’s ready it’ll come out and it’ll be great.”