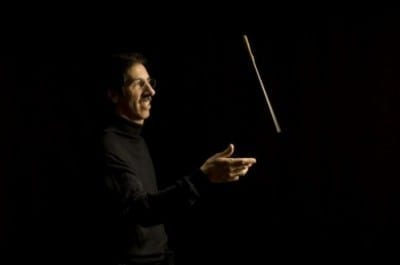 After a decade as Atlanta Ballet music director, conductor Dan Alcott has resigned from the organization. His last performances will be leading “Cinderella” Feb. 4 – 14 at the Cobb Energy Performing Arts Centre. The orchestra is drawn from the local pool of professional freelance musicians, and they play under contract.

“This decision is much more about me and where my career needs to go than about the ballet,” Alcott said, reached by phone from his home in Cookeville, Tenn., where he’s also orchestra director and tenure-track professor at Tennessee Tech University.

His invitations to conduct have been expanding recently, including a “Marriage of Figaro” that he led at the Asheville Lyric Opera and, more recently, invitations from several small regional orchestras. He accepted an offer to become music director of the Oak Ridge Symphony Orchestra and Oak Ridge Chorus, starting with the 2010-2011 season.

In an email this afternoon, the ballet’s Sigele Winbush wrote, “Dan will continue to be a friend and supporter of the Ballet and we will honor him and his contributions to the Company during curtain call for one of the performances of Cinderella.”

The 43-year-old maestro describes himself as “a music director sort of person. I like to be involved at many levels, dealing with the administration [of the orchestra] in a fair and firm way.” He adds, “I know the dancers well, when they leap and how they land. There’s so much talent in that orchestra, I’ll miss them.” 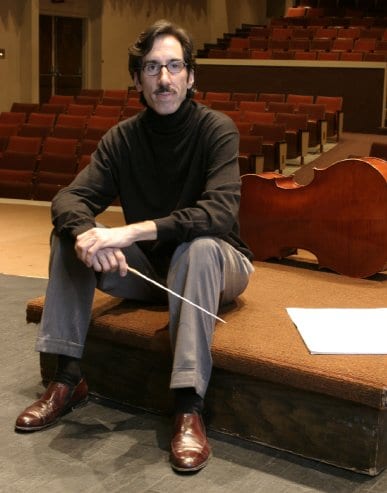 He said he gave his resignation to Atlanta Ballet in November — weeks before Arthur Jacobus was named the ballet’s new executive director. There’s no word yet who, if anyone, will replace Alcott as music director. Many of the ballet’s financial troubles of a few years ago — which led to the ballet using inexpensive canned music instead of a costly live orchestra for many performances — have been cleared by some major contributions to the 80-year-old company. But the ballet as an organization has changed and evolved over the past decade, and it will be interesting to see what sort of person is hired to conduct the orchestra and thus help shape the ballet’s artistry.