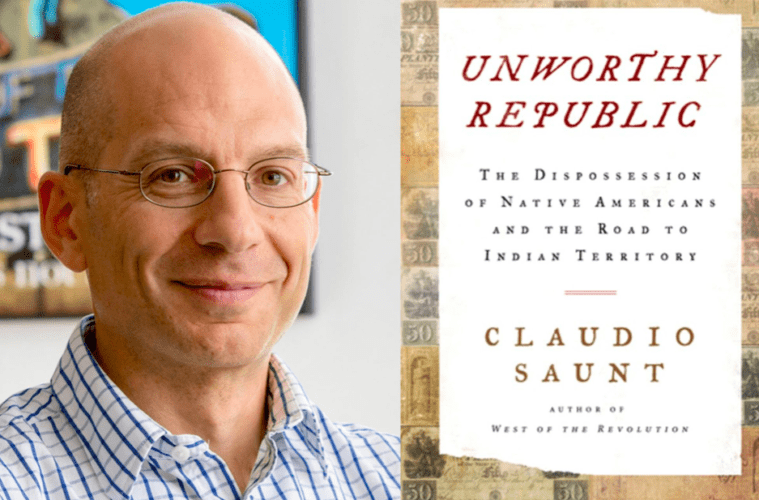 Claudio Saunt will discuss his new book, Unworthy Republic, in a virtual talk at 7 p.m. Thursday (September 10) via the Atlanta History Center. Saunt. Saunt, the Richard B. Russell Professor in American History at the University of Georgia, is an expert in the history of Southeastern Native American tribes, and his book looks at the U.S. policy instituted in 1830 to relocate tribes to Oklahoma and other western territories. The decision allowed for the expansion of slavery and consolidated the power of Southern states. The Zoom talk with Georgia Public Broadcasting’s Virginia Prescott, is free and open to the public, although registration is required. Saunt’s book is available via A Cappella Books.

Mike Farris, who won a Grammy for best roots gospel album in 2015 and is an alumnus of the Screamin’ Cheetah Wheelies, performs at Eddie’s Attic at 6 p.m. Sunday (September 6). Farris is promoting a new album, Silver & Stone, which chronicles his 23-year marriage and battles with substance abuse that resulted in sobriety seven years ago. The album features appearances from guitar wizard Joe Bonamassa and keyboardist Reese Wynans (Stevie Ray Vaughn and Double Trouble). The show has  a maximum capacity of 65 people, and social distancing will be enforced. Tickets: $20-$80.