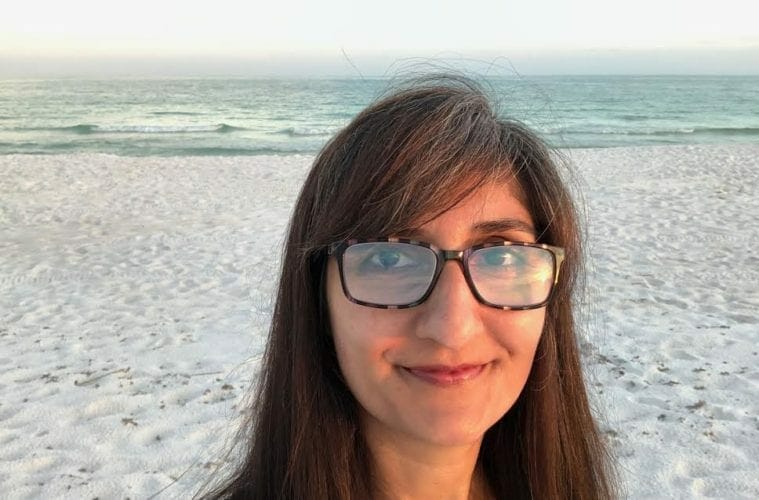 In Our Own Words: Anjali Enjeti, author and teacher

Anjali Enjeti will release her nonfiction book, It Could Be Beautiful: Essays, Identity and Social Change, and her debut novel, The Parted Earth, in the spring of 2021. Her work has appeared in The Boston Globe, The Washington Post, The Nation, The Atlanta Journal-Constitution and ArtsATL. She teaches creative writing in the M.F.A program at Reinhardt University and is cofounder of the Georgia chapter of They See Blue, an organization for South Asian Democrats.

In recent months, the book publishing industry has experienced significant disruption. The January publication of Jeanine Cummings’ novel, American Dirt, highlighted the tradition of big presses awarding major book deals to white authors who stereotype Indigenous, Black and other communities of color in their novels. In June, National Book Critics Circle Board member Carlin Romano disagreed with several points contained in the organization’s proposed statement to support the Black Lives Matter movement. His abject denial of discrimination in the industry lead to mass resignations. And a recent vote to remove him from the board ultimately failed.

The literary world, it seems, is finally having a reckoning with race. Is the country? In one week, police shot and killed 31-year-old Trayford Pellerin in Lafayette, Louisiana, and in Kenosha, Wisconsin, police shot and paralyzed 29-year-old father Jacob Blake in front of his three young sons. On the third night of protests in Kenosha, a 17-year-old white nationalist shot three protesters, killing two of them. Meanwhile, the cops who killed 26-year-old Breonna Taylor in Louisville, Kentucky, have still not been arrested and charged.

But as our nation sinks even deeper into authoritarianism, it’s becoming increasingly clear that we non-Black people, artists or otherwise, are not doing enough to keep Black people safe. Black lives matter, first and foremost, everywhere and always. Our art may inspire resistance or revolution, but it will not manifest Black liberation. And in this day and age, in this new civil rights era, this must be our collective goal.