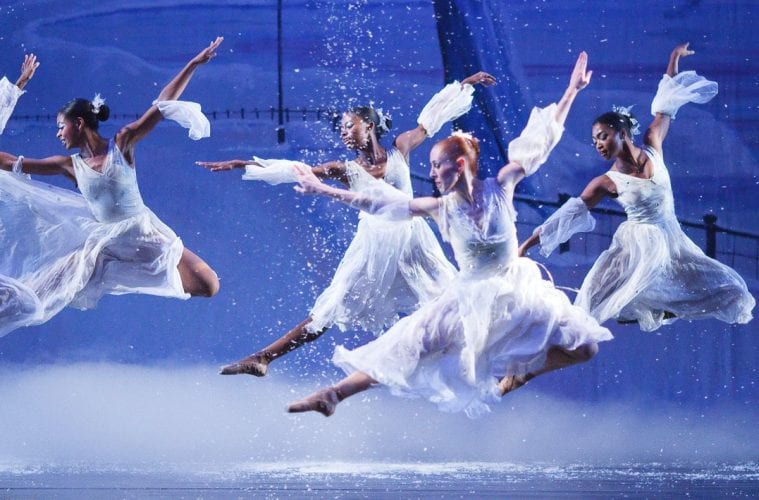 ‘Tis the season for Nutcracker, and the local dance scene offers a generous serving of the holiday classic.

But Atlanta Ballet isn’t the only local company to debut an updated version. The Georgia Ballet’s Nutcracker — which runs November 29–December 2 at the Jennie T. Anderson Theatre at the Cobb Civic Center — will feature new choreography by artistic director Daet Rodriguez and ballet mistress Margit Peguero, both of whom began leading the company in 2015.

“The basic story of The Nutcracker remains the same through the years, but to keep our production vibrant, Daet has brought his own flair,” said Joy Johnson, the Georgia Ballet’s executive director. “He’s created an even more challenging technical composition to give the audience ‘wow’ moments. I might add that he has brought our company to an even higher level of execution.” Rodriguez said his intention is to challenge his dancers. “We wanted to recreate and enrich the vocabulary of dance, without altering the style of each piece — making it more dynamic and attractive at the moment of being interpreted,” he said.

Audiences can also expect some new visuals on stage including new costumes for the young protagonist Clara, the Rat King, dolls and Chinese dragon, plus the addition of horse soldiers in the Battle Scene and a Cavalier in the Snow Scene.

In East Point, at Tri-Cities High School’s Viola Turner Theater December 20–23, Ballethnic Dance Company will present its annual production of Urban Nutcracker. Though many may not realize it, for over 20 years, an influential figure of black classical ballet has offered her artistic eye to help polish and refine the show.

Lydia Abarca-Mitchell was the first black ballet dancer to grace the cover of Dance Magazine in 1975. The former dancer of the venerable Dance Theatre of Harlem, who earned New York Times critics’ praise for her performances and appeared in the film version of The Wiz, has made Marietta her home for the past two decades after her husband’s job led the couple from New York to Georgia.

“She doesn’t want the spotlight, the fuss,” said Nena Gilreath, who cofounded and co-directs Ballethnic with her husband, Waverly Lucas. Like Abarca-Mitchell, both are former members of Dance Theatre of Harlem.

Abarca-Mitchell provides a final layer of fine-tuning to Urban Nutcracker after Gilreath and Lucas teach the dancers the choreography and the production’s inspirations in the history of Auburn Avenue.

“Lydia provides a fresh pair of eyes and takes the production to the next level,” said Gilreath. “She is kind, but no nonsense. She has an ‘I love you, but . . .’ approach.”

Abarca-Mitchell also regularly teaches at Ballethnic’s school, providing Atlanta-area ballet students with another link to Dance Theatre of Harlem and all that it represents.

“Lydia is a humble servant of dance and shares the legacy of Dance Theatre of Harlem’s groundbreaking founder, Arthur Mitchell,” said Gilreath. “We make progress but then have a tendency to forget those who made it. She is one of those people who made it.”