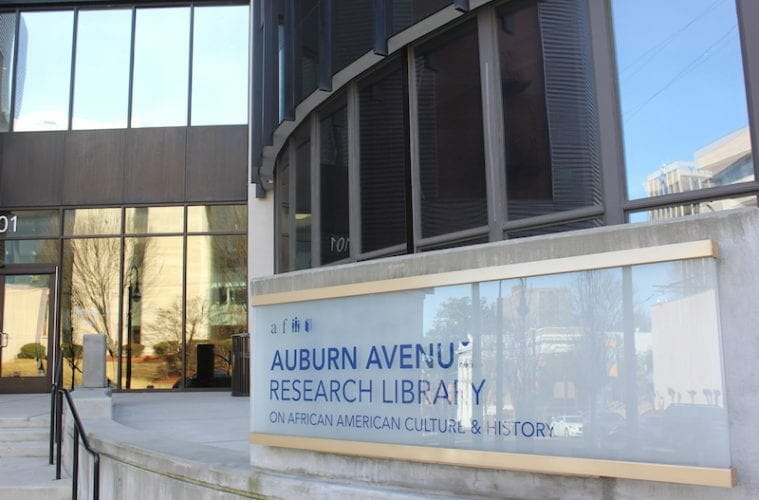 The Auburn Avenue Research Library anchors the west end of downtown Atlanta's Sweet Auburn historic district. When it opened in 1994, it became the first public library in the Southeast to offer specialized reference and archival collections dedicated to African American culture and history and other peoples of African descent. (Photo by Emily Weyrauch)

As the sun sets on a warm February day, people alone and in groups walk down historic Auburn Avenue, up some stairs and into a large building with a brick-and-glass façade. They gather in the auditorium, coming from around the city to watch the Marlon Riggs documentary Black Is . . . Black Ain’t (1994) on the 63rd anniversary of the late filmmaker, writer and gay-rights activist’s birthday.

The free and public film screening was cohosted by the nonprofit Counter Narrative Project and is one of many held at the Auburn Avenue Research Library, often in collaboration with community partners. Filmgoers stayed after the Black Is screening to discuss the film and learn about its context from Charles Stephens, Counter Narrative’s founder and executive director. 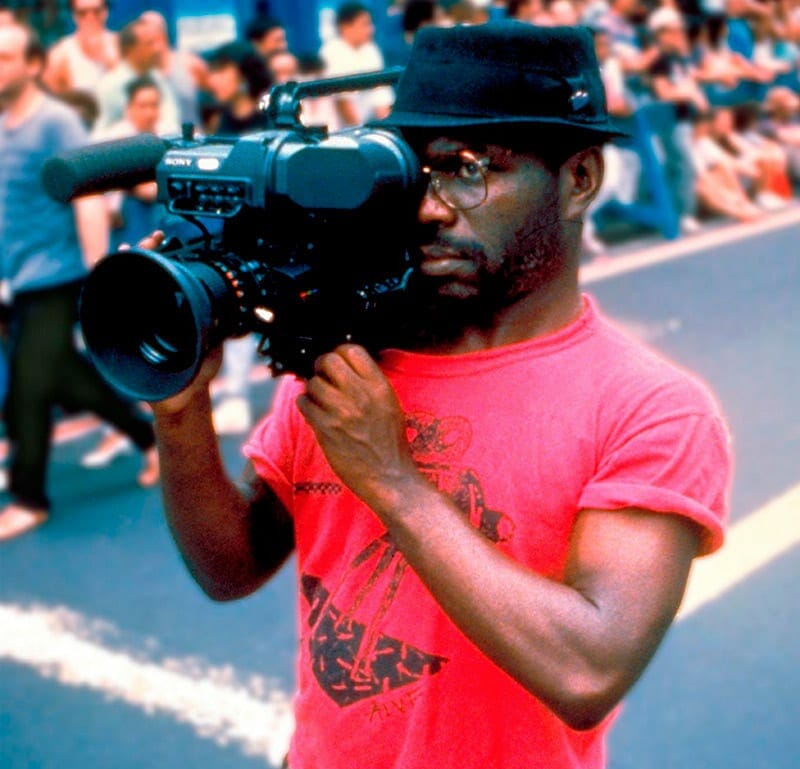 Marlon Riggs (1957–1994) was a filmmaker, educator, poet and gay-rights activist. In addition to “Black Is . . . Black Ain’t,” he produced, wrote and directed the documentaries “Ethnic Notions,” “Tongues Untied” and “Color Adjustment.”

“It is something very powerful for the library to open its doors to the work of Marlon Riggs, a black gay man who was on the vanguard in so many ways and shifted the narrative around race, gender and sexuality,” Stephens says. “Far too often HIV history has been whitewashed, and the figures profiled as courageous are cisgender white gay men. But there are people like Marlon Riggs who inspired a generation of activists.”

The library, part of the Atlanta-Fulton Public Library System, hosts similar screenings and discussions year-round, and is stepping up its efforts in February, which is, of course, Black History Month.

Rigged: The Voter Suppression Playbook, a 2019 documentary about the history of the 15th Amendment and the right to vote (6 p.m. February 12).

Emanuel, a documentary about the history of race relations in Charleston and the significance of Mother Emanuel Church, where nine people died at the hands of a white supremacist in June 2015 (3 p.m. February 15). 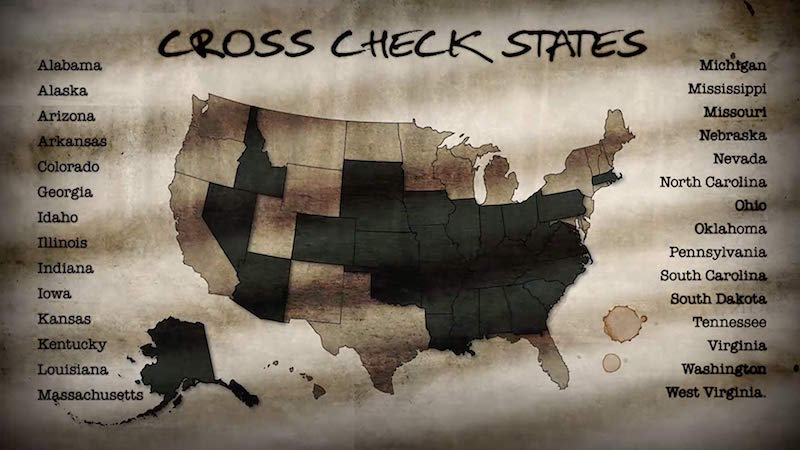 A graphic from the documentary “The Best Democracy Money Can Buy.”

Porgy and Bess, the celebrated 1959 opera with a starry cast and a complex legacy. Artists from The Atlanta Opera, which is staging Porgy and Bess in March, will take part in an accompanying discussion (3 p.m. February 23).

Hacking Democracy, a 2006 documentary about a tenacious Seattle grandmother leading efforts to learn how America counts its votes (6 p.m. February 26).

March films will focus on women in black history and include American Masters: Althea, a 2015 documentary that celebrates the life and legacy of tennis great Althea Gibson (6 p.m. March 18); and She Did That, a 2019 documentary that looks at the passionate pursuits of black women entrepreneurs (6 p.m. March 25). Additional titles may be added. 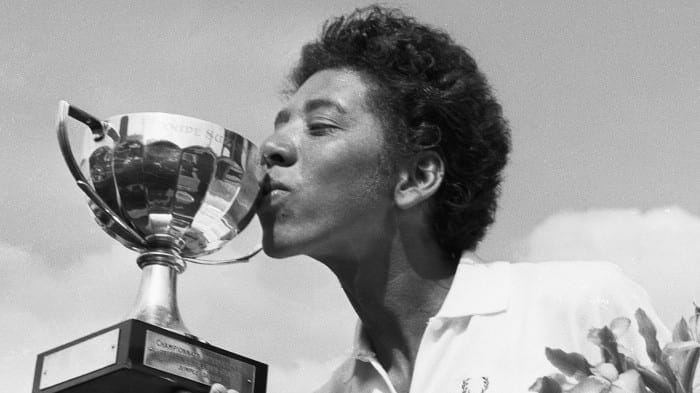 Discussions are always part of the screenings. After Black Is . . . Black Ain’t screened, filmgoers shared personal stories about their connections to the queer identities portrayed. Others addressed the film’s argument about the “right” ways to be, look and talk “black.”

The library likes to say it makes history dynamic.

“We try to go beyond things in the black experience that have been well-documented, in terms of certain elements of the civil rights movement,” the library’s Morris Gardner says. “We have a nuanced opportunity to enlarge the scope of how we think about the black diaspora and the black experience on a global scale.”

The year 2020 marks the centennial of the 19th Amendment, which gave women the right to vote, and the 150th anniversary of the 15th Amendment, which gave black men the right to vote. This month’s screenings center largely around the complicated history of true access to the ballot. Library visitors and filmgoers alike will also find an exhibition about the black vote — documents, political pins, posters and the like — that’s been curated by the library’s archives department.

“February is just a stepping-off point,” says Gardner. “This is the work we do year-round.” The free and public nature of the events allows for anyone to learn something new.

“Libraries have such symbolic value,” says Stephens of Counter Narrative. “This is a place where people convene, strategize, develop amazing ideas and heighten their political imaginations.”