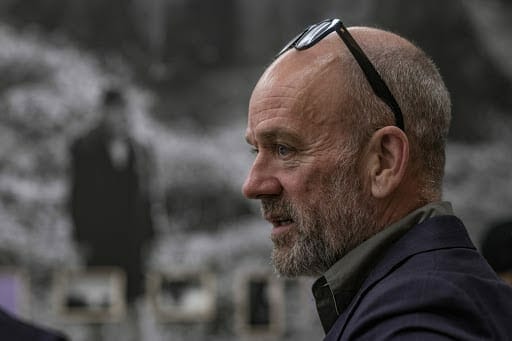 Crosby, Stills and Nash have nothing on Usher, Lil Jon and Ludacris in terms of supergroup status. The three giant Atlanta hip-hop artists have reunited for “SexBeat,” a new single. The trio originally came together for Usher’s “Yeah!” in 2004, which topped the Billboard Hot 100 chart for 12 straight weeks, and another hit, “Lovers and Friends.” Lil Jon has said the song was recorded two years ago, and it took some convincing for Usher to allow its release.

R.E.M.’s Michael Stipe recently released a new song for the times, “No Time for Love Like Now,” a demo track he wrote with The National’s Aaron Dessner. The song features Stipe singing along to an instrumental track as he looks down at a camera. Stipe has said he is working on a solo album, but has not announced any plans for its release. Here’s hoping R.E.M. will someday stage a comeback worthy of the band’s legacy.

Today’s vintage track is The Producers, one of the first new wave bands from Atlanta signed to a major label in the 1980s. The group started as a Beatles cover band, then morphed into an original band with a heavily pop sound that many thought would send them to the top of the charts. The Producers never really hit, but the group is still around and plays occasional shows around the city. “She Sheila” is a track from the band’s second album, released in 1982. A song with a beat this bouncy and a chorus that stays in your mind should’ve been a hit.