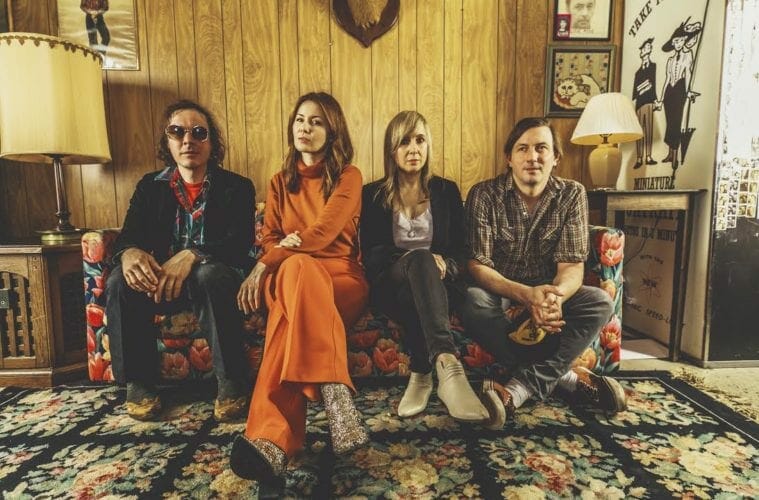 Nikki and the Phantom Callers formed in 2017, and have quickly moved to the forefront of Atlanta's alt-country scene.

Nikki and the Phantom Callers provide an unsettling gothic sound that carefully balances the comfort of Southern charm. This is evident in the group’s debut full-length album, Everybody’s Going to Hell (But You and Me), which opens with the playful tracks “Phantom Caller” and “Howl with Me,” before it moves into songs that tackle more challenging topics.

The album includes the emotionally driven single “Fallen Angel,” a conversation about decaying mental health and a Baptist’s guilt. The song is the final track on the record, ending it with a resonating note — a tonal mic drop.

“We decided the track order as a team and Aaron Mason had a lot of input on the order of the album,” Speake says, reached by phone at her grandmother’s home in Alabama. “He’s a huge music lover like all of us, but he really loves to listen to albums from front to back. It was intentional to create a journey for the listener.”

Overall, the record provides a polished, more produced sound compared with their 7-inch What the Daughter Does, the Mother Did (2018), which served as an ode to the past. That record’s two songs, “Prodigal Daughter” and “Mommas Should Know,” put the group’s classic country storytelling in the forefront, underscored by the crackles, pops and nostalgia that comes along with dropping a needle onto a vinyl.

The album builds on that aesthetic with songs like “New Year’s Day” full of layered vocal harmonies and classic blues guitar riffs that become an overarching theme throughout the album.

““New Year’s Day” is a combination of breakups, but also that period when you’ve gone through a breakup and you’re just reflecting on your life,” Speake says. “It’s a bittersweet time when you look back at the things you’ve done but you look forward with a little hope — the same feeling goes hand in hand with New Year’s Day.”

Like most Atlantans, Speake is a transplant. She moved here from Alabama 15 years ago. At first, she didn’t see many country or Americana artists — the city’s thriving hip-hop, rock ‘n’ roll, and punk scene were in the forefront. She found solace in Anna Kramer and Ben Trickey, both veterans of Atlanta’s growing country scene.

“In terms of East Atlanta, I have seen more Americana and country artists starting to play,” she says. “I think that’s a nice shift. Not mainstream country or anything like that, but more indie and underground country.”

The group’s debut creates haunting and gritty honky-tonk bleeding with the sense of rebellion we all know and love, while holding tight to the whimsy of classic country storytelling. While the tracks are a collection of songs Speake wrote over the last decade, all seem to fit as nice as your best pair of blue jeans.

“Many don’t want their music to be associated with the pandemic, but if this brings anyone an ounce of joy, that makes me so happy,” Speake says. “That’s all I can hope for right now.”