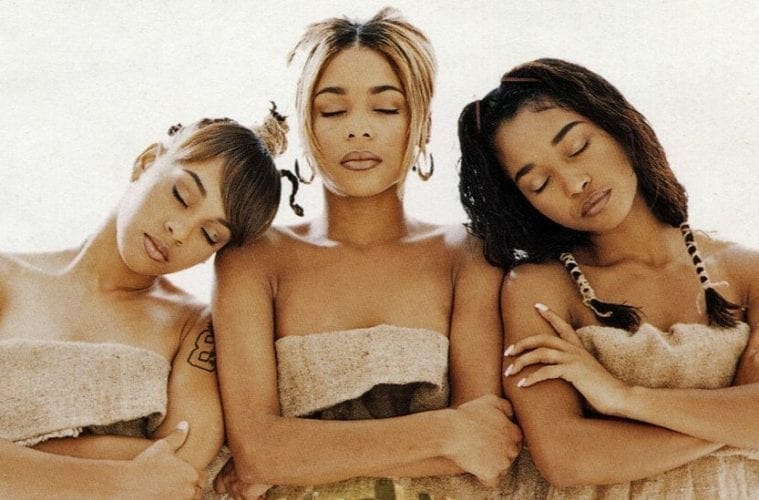 With the temperatures on the chilly side over the past week, it may not exactly feel like beach season is ahead. But believe us, the days of humidity and sun are nigh. But for those who don’t want stereotypically light and breezy surf songs, here’s another kind of anthem.

Influenced by The Cramps, the Ramones and The B-52s, this trio of musicians has dubbed its look “a cartoonish Buddy-Holly-meets-the-Twilight-Zone aesthetic.” One of ATL’s entries to the “psychobilly” genre, the Tomb Tones released this video to accompany a single from the band’s first official EP, Pumpkin Guts, on Batcave Records.

So grab a board, a blanket and some blood, because, as the song succinctly promises, “There will be dancin’ / Monsters romancin’.”

This music video gives rich visual accompaniment to the confident first single from Atlanta-based Panamanian American artist Nino Augustine’s new album, Global Ninz. The tune stands out for its danceable beat, while the video lets one soak in the beauty of Puerto Rico, featuring on-location shots from Old San Juan.

Accompanied by the piano “tumbao,” this blend of musical styles has been described as “trap salsa” or “tropical trap.” But it’s really its own thing, unique to Augustine, who grew up listening to Ismael Rivera, Hector Lavoe and Atlanta’s thriving hip-hop scene (he arrived in Morrow when he was young).

“Global Ninz is what you would get if my DNA ancestry test was an album,” he said in a recent interview. “I came to the United States young enough to make this my home, but old enough to be very connected and shaped by the music of my home in Panama. I am fortunate to reach these genres authentically because of who I am, where I am from and where I have been. Whether in Spanish or English, dancehall, reggaetón or rap, it’s all my musical DNA and it’s authentic to me and my life, which, for many reasons, is global.”

TLC featuring OutKast: “What About Your Friends (Extended Remix)”

It almost seems too good to be true, this early ‘90s collaboration from two of Atlanta’s greatest groups before they became the megastars we now know them to be. But it happened. Giants collided in a perhaps unnecessary but  fascinating extended version of the TLC hit “What About Your Friends.”

The legend goes that when Andre 3000 and Big Boi were still high-schoolers, they happened to meet Organized Noize’s production team. After an impromptu freestyle session, OutKast landed this opportunity to record on the expanded track for TLC, aka Tionne “T-Boz” Watkins, Lisa “Left Eye” Lopes and Rozonda “Chilli” Thomas.

Of course, in the history of epic team-ups, this pales compared to some of TLC and OutKast’s later separate collaborations with other artists. And given Andre 3000’s appearance on “Sumthin’ Wicked This Way Comes” on the immortal TLC album Crazy Sexy Cool, one can’t help but wonder what other collaborations might have been possible if given more time.

As it stands, OutKast doesn’t come in until about 3:30 minutes into the six-minute (way too long) recording. While the lyrics at that juncture (they were barely out of high school) are not quite at the pinnacle they’d reach, their energy and charisma are undeniable.

And the mic pass from Andre and Big Boi to the late, still-missed Left Eye is pretty exhilarating — like watching two of the world’s greatest marathon runners in a relay race. That’s why it’s our Vintage Track of the Week.