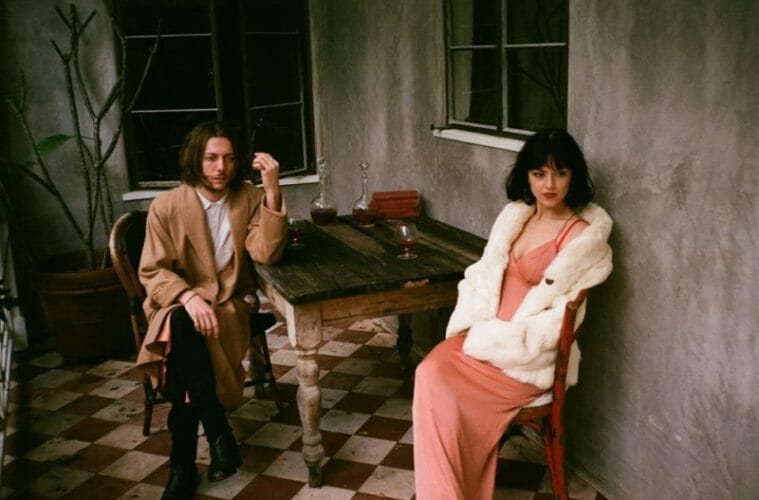 María Zardoya, the "María" in The Marías, grew up in Snellville and is now based in Los Angeles.

Named after singer, songwriter, and frontwoman María Zardoya, there’s technically only one María to be found in this Los Angeles-based indie pop band, though Zardoya’s magnetic presence in their music videos and performances does convey the work of many.

Zardoya was born in Puerto Rico and raised in Atlanta (specifically, her family lived in the Gwinnett County suburb Snellville). She grew up idolizing Selena, Sade and Radiohead. She and producer/drummer (and longtime romantic partner) Josh Conway started The Marías about five years ago. Their sound mixes Latin dance, jazz and alt-rock, fluidly moving between lyrics in Spanish and English.

Of how her experience growing up shaped her musical taste, Zardoya said, “Sonically, I would just say Atlanta is super eclectic, and it’s obviously the hip-hop capital of the world, so that’s where I was introduced to R&B and soul, which I love.” Their debut album, Cinema, was released in June, and the band plans to kick off a tour soon, including a February date at the Buckhead Theatre.

It has been more than two decades since Atlanta’s Grammy-winning heavy metal band with weighty prog rock and hardcore punk influences hit the scene. In the intervening time, they’ve put out a concept album centered around Herman Melville’s Moby Dick (2004’s Leviathan), toured with Slayer, Alice in Chains and Metallica, and contributed to the soundtrack of the Aqua Teen Hunger Force movie. Among many, many achievements.

As one fan put it in the video comments section, “Read (the song title) as ‘Teadrinker’ and honestly, Mastodon could probably pull off a song about the benefits of tea.” This steeping brew of emotion will be featured on the band’s upcoming album, Hushed And Grim, due out on October 29. It was recorded at West End Sound and produced by David Bottrill, who has worked in the past with Muse and Tool. The band will perform at The Eastern on November 24.

Poetic rapper Yani Mo flew under our radar when this track first popped up more than six months ago. Its gentle, upbeat summery friend hangout vibes, coupled with rapid-fire lyrics about healing and self-acceptance, bear revisiting — especially as the days begin to grow shorter and that subtle Southern fall chill invades the air.

Of the particular style that she has cultivated, dubbed “country queer soul music,” Yani Mo has said, “You can sip tea to it, you can have sex to it, and you can turn up to it. I’m proud that I’ve carved out my own lane and that I genuinely don’t know of anyone else who sounds like me.”

Yani Mo, from Lithonia, initially studied journalism at Georgia Southern University, but wound up gravitating toward a spoken word group in Statesboro and decided to pursue music instead. Her debut album, The Moment, came out in 2017, and she’s in the midst of putting together songs for a new record set for release toward the end of the year. Of how this city itself has shaped her art, she told Wussy magazine, “The South may not be the most ‘progressive’ region yet somehow we were gifted this hub of booming creativity and Black wealth and excellence. Atlanta is constantly pushing the envelope and giving the world more to be in awe of.”