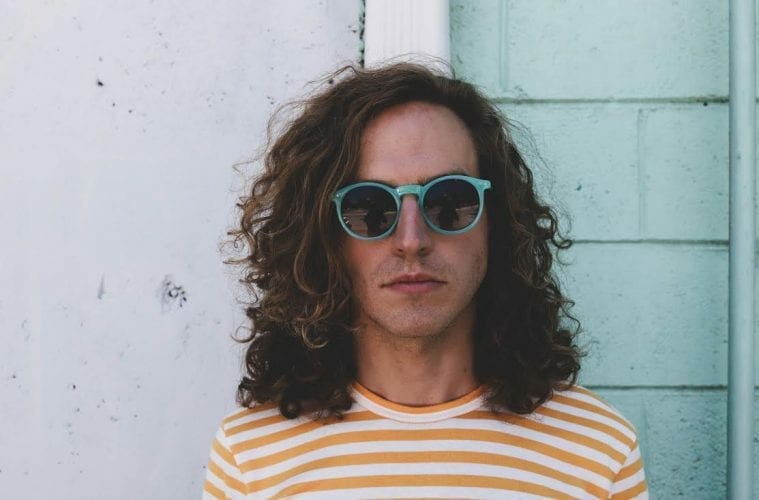 Lazuli Vane just released the album “The Orphic Rite of the Cult of Sedna.” (Photo by Kara Hammond)

Patrick Taylor, also known as Lazuli Vane, is a multifaceted vocalist, guitarist, producer and engineer. His new album project began with 2018’s release of Snakes, which playfully expanded on elements of psychedelic pop and experimental recording techniques. In his new album, The Orphic Rite of the Cult of Sedna, listeners travel through the eerie depths of the underworld. But fear not, Lazuli Vane’s calm demeanor, matched by a silk-smooth voice, guides with ease, showing that even the darkest depths of evil can be filled with beauty. He’s released a lyric video to “The Next New Day, Pt. 1,” which features a cat.

Cabbagetown icon Cat Power (Chan Marshall) has released a version of “Troop Troop,” a cover of the Cassius hit that featured French producer Philippe Zdar, who died in 2019 after an accidental fall. Marshall performed the song with -M-, French rocker Matthieu Chedid, at Zdar’s funeral and her version has a slightly different title: “Toop, Toop (A Tribute to Zdar).” Later, she and Chedid were in the studio and began to hum the song with backing by sparse guitars. Their voices together seemed so magical that they quickly set up recording gear and captured the moment. Marshall and Zdar collaborated on the 2016 Cassius albumIbifornia and on Marshall’s 2012 album, Sun.

Rolling Stone named “People Get Ready” — the 1965 hit penned by Curtis Mayfield and recorded by The Impressions — as the 24th greatest song of all time. The song and its hopeful message of racial harmony has resonated across genres, with versions by Bob Marley and the Wailers, Rod Stewart and Jeff Beck, and Ladysmith Black Mambazo. Mayfield, who moved to Atlanta and lived here until his death in 1999, said the song was steeped in the church. “That was taken from my church or from the upbringing of messages from the church,” he said. “Like there’s no hiding place and get on board. I must have been in a very deep mood of that type of religious inspiration when I wrote that song.” The Rev. Martin Luther King Jr. named “People Get Ready” as the unofficial anthem of the Civil Rights Movement. This version, from the 1987 Montreux Jazz Festival, is this week’s vintage track.