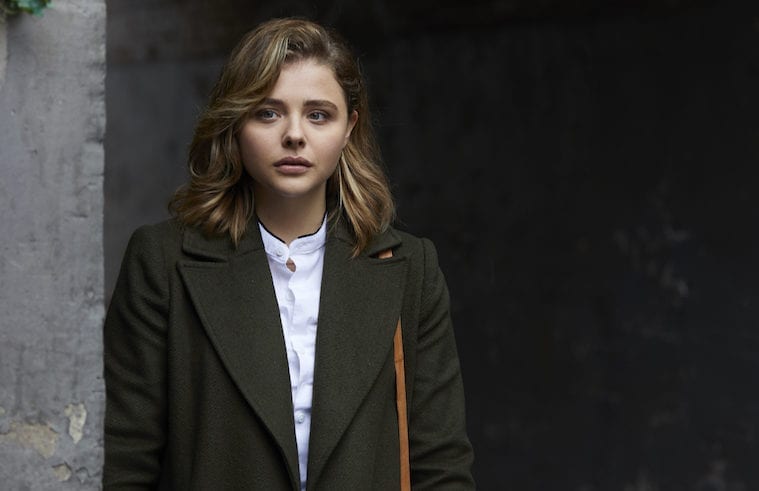 At 22, Georgia native Chloë Grace Moretz is already a veteran actress, with more than 65 film and TV credits to her name.

Born in Atlanta but raised mostly in Rome, Moretz made her first big appearance on screen in the 2005 remake of The Amityville Horror. Five years later, she scored again with Kick-Ass and Let Me In — the American remake of the Swedish horror movie Let the Right One In. She’ll return to the big screen Friday, March 1, in Neil Jordan’s creepy psychological thriller, Greta.

In the film, Moretz stars as Frances, a young woman in New York who finds a purse on a subway that belongs to a woman named Greta (Isabelle Huppert). She decides to return the purse to its owner, and the two women become friends, but Frances soon learns that Greta is not what she seems.

ARTS ATL recently caught up with Moretz to learn more about the new film, why she took a break from the industry and what it’s like creating scenes that feel more like dreamscapes than reality.

ARTS ATL: How do you see Frances at the beginning of the film?

Chloë Grace Moretz: The main thing I gleaned from the character is the fact that very recently she lost her mother. There’s a sense of loss, and loneliness, and what it looks like and what it can do to a person. It affects the fact that she lets someone like Greta in her life. If she had not gone through that, would she be in this situation?

ARTS ATL: And what do you think drew these two characters to each other?

Moretz: To me and Isabelle, we looked at it like a star-crossed moment in their lives. It’s almost palpable from the get-go. We wanted the moment when Frances finds the other bags in the cupboard to be like finding out your partner is cheating on you, where it’s more a sense of betrayal and that stark reality that you’re not the special person in their life that you thought you were. Frances is terrified in that moment, but also hurt.

ARTS ATL: You’ve worked with some incredible talent in your previous films. What was it like working with Isabelle Huppert?

Moretz: It was an incredible honor to be able to work with her. I was excited. I didn’t know what it would be like to be with her every day on set, [but] once I got to know her, I realized how incredibly sweet and wonderful she is. She was quite a confidante and a friend of mine by the end.

ARTS ATL: You’ve also worked with lots of directors. How does Neil Jordan compare to the others?

Moretz: Neil was someone I was a massive fan of growing up, in movies like Interview With a Vampire, but especially In Dreams. A lot of the camerawork and setups here reminded me of what he did in In Dreams. He created this fairy tale-scape almost where you know something is based on reality but it feels like a dream. I think that is an interesting play on your senses.

ARTS ATL: Could you talk a bit about the break you took from the industry?

Moretz: I wanted to take a second to sit back and figure out what the new step forward would look like — what it would look like as an adult to have a true hand in each project, doing [work] that feels like art but also a form of activism, in a story that means something. For me, after taking a break and coming back and figuring it out, it’s been an interesting leap through each project. The films I have done are progressive in some way and subvert the genre. That to me is exciting and innovative.

ARTS ATL: Speaking of exciting and innovative, last year you also appeared in Suspiria and The Miseducation of Cameron Post, two of 2018’s most-discussed indie films. What were those experiences like?

Moretz: They were very different, polar opposites. Suspiria was a much larger story. [Suspiria director] Luca Guadagnino is an auteur and a visionary, and it was wild. I have a very intense 15 minutes in the movie, and other than that, I disappear. In Cameron Post, it was very intimate and character-driven, a smaller story.

To go from one to another, it threw me back in. [It] reignited a flame in me that I thought was dwindling.