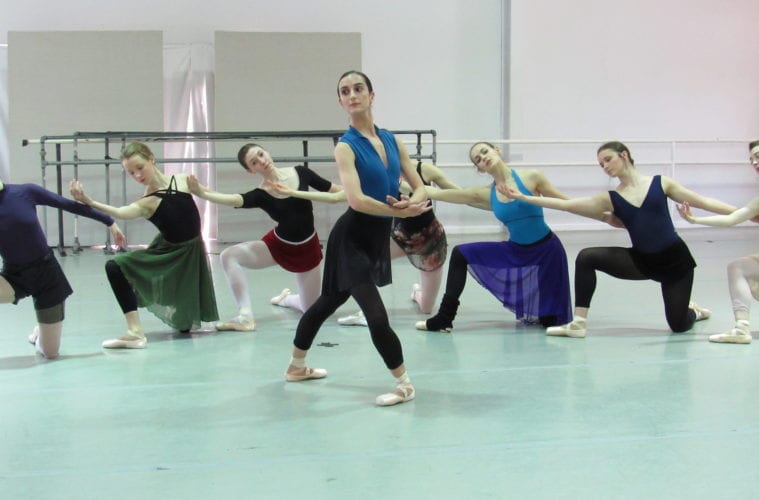 The Georgia Ballet to honor founder in Remembering Iris

The Georgia Ballet will honor the legacy of its founder, Iris Hensley, in Remembering Iris, the company’s final performance of its 2018–19 season, which the company will perform March 8–10 at the Cobb Civic Center’s Jennie T. Anderson Theatre in Marietta.

The mixed-repertory program will feature two pieces by Hensley alongside new works by artistic director Daet Rodriguez and ballet mistress Margit Peguero as well as selections from the classics Les Sylphides and Don Quixote.

Hensley, a Marietta native, studied dance at the University of Georgia and went on to found the Marietta School of Ballet in 1960. The organization changed its name to The Georgia Ballet and added a professional company in the early 1980s. Hensley was likewise active in other dance organizations in the south, serving as a member of the Georgia Council for the Arts’ dance panel and as the Southeastern Regional Ballet Association’s director and tri-chairman of the board.

Daet Rodriguez, in his fourth season as artistic director, was inspired by the company’s culture of commitment and dedication and felt it was important to create a performance tribute to the company’s founder so that audiences and the next generation of dancers would understand the company’s roots. “Thanks to the hard work and initiative of Mrs. Iris Hensley, we today enjoy this wonderful and prestigious institution, which grows every day under Iris’ inspiration and wishes,” Rodriguez says.

Audiences will get to see two original pieces by Hensley — Fantasy and I Never Saw Another Butterfly, Hensley’s memorial to the people who died in the Holocaust during World War II. Although each piece has a different context, Rodriguez says, both pieces reflect Hensley’s interest in the use of “scenic space.”

Former company dancer Valerie Adams, who worked under Hensley from 1961 to 1972, says that Fantasy captures Hensley’s personality and her vision for the company. “It is the embodiment of courage, focus, artistic genius and passion. She taught us dedication, commitment and poise, and to never give less than what we were capable of giving.”

In Hensley’s choreographic style, Rodriguez found inspiration for his new work, which will appear on the program.

“Within the pieces that I was able to find from Iris’ original pieces, I could appreciate that she adored contemporary dance,” says Rodriguez. “Therefore, I thought this program would be an opportunity to show the audience this new choreography of contemporary style in her honor. The piece I created is called Fortuna, and it’s about being fortunate for life, human survival and protection despite natural disasters, diseases and adversities.”

In addition to Hensley’s many accomplishments for dance in Marietta, her legacy in the lives of her dancers went beyond lessons in the technical and artistic aspects of dance.

“I remember one Saturday we had a long day with class and rehearsals,” says former student Becky Greenlee, who danced under Hensley from 1962 to 1971. “I felt ill and called to say I couldn’t come. About five minutes later, Iris called me back. She said that she really needed me to come for just an hour or so, that was all.” Five hours later, Greenlee got to go home. She says that the experience taught her to persevere no matter how she felt. “To this day, when I am tired and don’t really want to do something, I go back to that Saturday. It made me stronger and able to endure life much better.”

Reflecting on The Georgia Ballet’s season at its conclusion, Rodriguez says that it’s been a year of hard work, with the premiere of Sleepy Hollow and a renewed Nutcracker. “It takes a lot of time and study to achieve the appropriate richness between music and movement, and also tell the story. The time has been short, but I am satisfied and proud of having fulfilled this. Our dancers have done a wonderful job. None of this would have been possible without the magnificent team that we have at The Georgia Ballet. Together we are going in the same direction, thus allowing us to follow the legacy of Iris Hensley.”