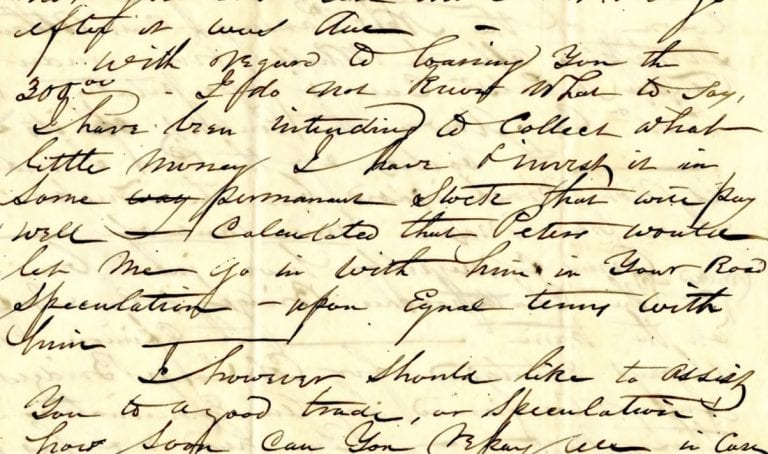 Birth, marriage and death certificates; municipal directories; phone books; slave ledgers and passenger manifests are Sue VerHoef’s stock-in-trade. As director of Oral History & Genealogy at the Atlanta History Center’s Kenan Research Center, she has a 4,000-volume library at her disposal and is always on the lookout for new acquisitions. But when it comes to mapping family histories, she believes too many people take the most precious resource for granted.

“In this country, we don’t value age,” she says. “We value youth and the next big thing. But when we discount our senior citizens, the keepers of our stories, it’s like throwing away a library. We are losing a library everyday as World War II, Korean War and Vietnam War veterans pass away. And it’s the same with grandma, whether or not she served in the military. Why would we not want to capitalize on that? It’s a tragedy.”

In an effort to reverse that trend, VerHoef started organizing quarterly public programs tailored to help beginners embark on personal ancestral quests. Her next session, Life in the Past Lane: Beginning Genealogy, will take place this Saturday, August 25, at 10:30 a.m. The 90-minute presentation introduces participants to easily accessible documents — census records, military records, oral histories, probates and wills — that can be mined for genealogical information. And VerHoef, who ends every class with a Q&A period, always starts with a bit of personal history.

“My dad’s father, who lived all of his life as Jackson Hardy in California, was born Arthur Hoeft Bower in Brooklyn, so my maiden name is completely fictitious,” says VerHoef. “My dad would not talk about it . . . and he’s gone now. But in spite of our complicated family history, I was able to connect with a not-too-distant 90-year-old cousin, who told me that my grandfather changed his name on the advice of a soothsayer who told him it would bring him luck, and that there was no intent to hide anything.” The pregnant pause and arched brow that follow her statement indicate VerHoef’s skepticism, but her larger point is that gaps can be closed and missing links filled in when the search party is broadened.

Older Atlantans have typically attended VerHoef’s seminars in disproportionate numbers. And their experiences have sensitized her to the irony that “by the time we develop an interest in our ancestry, all the people we can ask questions about these things are gone.” But she is encouraged by the uptick of younger participants in recent years, which she attributes to the advent of TV documentary series like PBS’s Finding Your Roots and the prevalence of ads for do-it-yourself ancestry and DNA test kits. Still, she cautions against the kind of magical thinking that can accompany youth and inexperience.

“Most amateur researchers have unrealistic expectations about how quickly they can map out their family tree,” says VerHoef. “The same goes for DNA tests. People think they can swab their cheek, send it off, and get a pedigree chart back. It doesn’t work that way. As with anything, you’ve got to have multiple sources to get a clear picture. And thinking as critically about your sources is important. But it’s an addictive hobby. There’s something very intriguing about learning about your ancestors. It makes history come alive.”

The journey can trigger such intense emotional responses among visitors that VerHoef has learned to keep a supply of tissues on hand at the reference desk. She recalls the time a woman came in and said, “I don’t know who my grandfather is and have almost no information on him. Can you help me?” Three mouse clicks later, when her grandfather’s name appeared on a public record, the woman burst into tears. VerHoef lives for connections like these.

But the disconnects break her heart. She cites an African American gentleman who visited the research center in an effort to determine if his ancestors were the enslaved people who once lived on the Smith Family Farm in Atlanta. “We know who we are, but we don’t know where we began,” he said through tears.

“It still makes the hair on the back of my neck stand up because as wonky as my dad’s family history is, I can find them in the census records,” says VerHoef. “Their names are in the records, their ages, where they were born, their children. I’ve got that. But for this gentleman, when he goes to those slave records in 1840, ‘50 and ‘60 — his ancestors are just a tick mark in a column for gender and age. How hard is that?”

Doubly hard is the answer, because tracking down people who were regarded as human chattel requires finding not only the individual, but the records slave-holders maintained to document ownership of their possessions. In spite of such hurdles, VerHoef calls colleagues like Emma Davis-Hamilton, past president of the Afro-American Historical and Genealogical Society and frequent lecturer at the History Center, a “heavy-hitter” when it comes to this area of research. Thankfully, other experts have concentrated their efforts on the Caribbean and African diaspora, Native American lineages and people searching for biological relations who were lost following adoptions.

Where data mining is concerned, veterans can be an especially tight-lipped bunch. But thanks to the Veterans History Project, one of the most active oral initiatives on VerHoef’s roster, she’s learned to deploy soft diplomacy to get former servicemen and women to open up about traumas they’d rather forget.

“I find that grandchildren tend to break down those walls, as does age,” says VerHoef. “When you start realizing that when you’re gone your stories go with you, you’re more inclined to share them. And it’s up to the rest of us to get those stories down.”

Life in the Past Lane: Beginning Genealogy takes place this Saturday, August 25, at 10:30 a.m. The Kenan Research Center is free and open to the public Wednesday through Saturday, 10 a.m. to 5 p.m. A government-issued photo ID is required to join. Visitors can conduct research on their own or seek help at the reference desk.