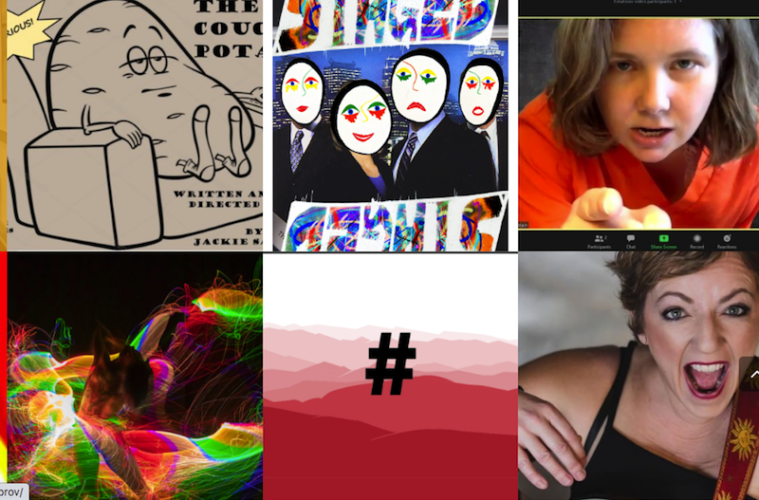 The Four Elements, a 13-person group exhibition at the Marietta Cobb Museum of Art, continues through June 20 and features 13 artists including Joseph Guay, Pam Longobardi, Corrina Sephora and Jamele Wright Sr. The work on view relates to air, fire, earth or water in subject, concept, medium and/or technique. $8; $5 students 6–18 with ID. Members free. 770.528.1444.

Pulitzer Prize finalist Lee Martin will talk about Gone the Hard Road at 7 p.m. Tuesday (June 1) as part of the Atlanta History Center’s Author Talks series. Gone the Hard Road is the follow-up to his acclaimed first memoir, From Our House. The new book focuses on Martin’s mother and how she instilled in him a love for reading and literature. He’ll be in virtual conversation with Jessica Handler, author of The Magnetic Girl and a English lecturer at Oglethorpe University. Free. REGISTRATION REQUIRED.

The Atlanta Symphony Orchestra’s virtual Behind the Curtains series continues at 8 tonight (May 27) with a performance of Dvořák’s Seventh Symphony. Guest conductor James Gaffigan is on the podium. The program includes Michael Tilson Thomas’ Street Song and Wood Notes by composer William Grant Still. Gaffigan is the chief conductor of Switzerland’s Lucerne Symphony Orchestra and principal guest conductor of the Netherlands Radio Philharmonic Orchestra. $20 HERE.

Singer–songwriter Michelle Malone, one of the area’s most popular and endearing artists, returns to Eddie’s Attic at 7 p.m. Saturday (May 29). She’s preparing to record her 16th studio album of hard-driving blues and folk. Malone was an early independent artist, creating her own record label after leaving Arista Records and helping forge a path for the many indie musicians who followed. $25 HERE.

The Alliance Theatre’s world premiere of DATA by up-and-coming playwright Matthew Libby has been extended two weeks and will now run through June 6. Libby earned the premiere by winning the 2021 Alliance/Kendeda National Graduate Playwriting Competition. He’s a graduate of NYU’s Tisch School of the Arts. His tech thriller follows a brilliant and conflicted entry-level programmer in Silicon Valley. It’s available only via video on demand and recommended for age 16 and older. $5.

The Atlanta Fringe Festival goes virtual again this year. The event, beginning Tuesday (June 1) and running through June 13, features comedy, dance, storytelling, theater and sometimes a mix. The shows can be viewed anytime during the festival and will be augmented by live performances and livestream parties. The 11 participating companies come from Atlanta, Decatur and Lawrenceville; Brooklyn and Cincinnati; and Alaska, Florida, North Carolina, Ohio and Oregon. Among the fringy titles: Beyond the Body, #Charlottesville, The Next Stage (the panic attack play) and Sexology, the Musical. $10 per show; multi-show passes available. Details, tickets HERE.