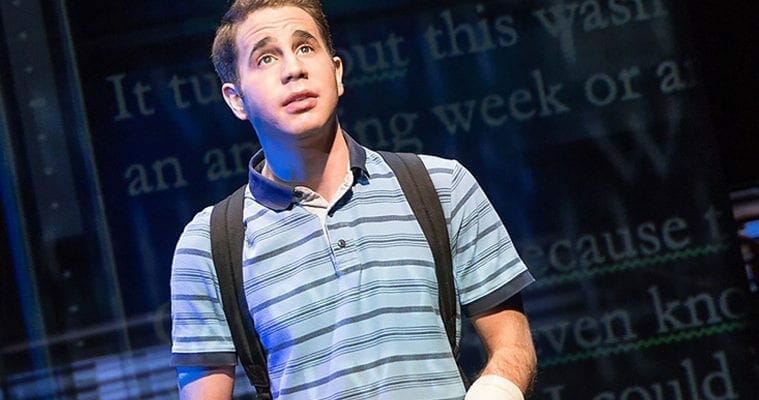 Ben Platt, who won a Tony Award for "Dear Evan Hansen" on Broadway in 2017, reprises the title role -- a high-school student --in the feature film. It should hit theaters sometime in 2021.

COVID-19 put the brakes on dozens of movies and TV shows that had been planning to shoot in metro Atlanta. But in the past 12 weeks or so, with safety protocols in place, many studios have resumed work. It’s not at pre-COVID levels yet, but motors are revving.

“Georgia film is back on track,” says Lee Thomas, deputy commissioner of the Georgia Film Commission. “Our sound stages are almost full and numerous productions are underway,” she says. “We’re working every day with our productions to help them keep working safely.”

Tyler Perry Studios reopened and began filming July 15, with no reported cases of COVID on set. That may have helped convince other studios to follow suit. Here’s a look at what’s filming in and around metro Atlanta. It’s a mix of big-studio films, independent features and TV series. Superheroes remain a recurring theme.

SERENITY NOW, the sequel to 2019’s Spider-Man From Home, is probably the highest-profile title. Tom Holland is back as Peter Parker. Zendaya and Marisa Tomei also return, with Benedict Cumberbatch as Doctor Strange and Jamie Foxx as Max Dillon/Electro. The Disney/Marvel production is scheduled for release at Christmas 2021.

DEAR EVAN HANSEN, the film version of the musical Dear Evan Hansen is about to wrap in Atlanta. The Broadway show cleaned up at the 2017 Tony awards, earning six statues. Ben Platt reprises his Tony-winning performance as the title character, a high-school student learning how to accept himself after a classmate’s suicide. Julianne Moore is Evan’s mom. The strong supporting cast includes Amy Adams, Amandla Stenberg (from the Atlanta-filmed The Hate U Give) and Kaitlyn Dever. Stephen Chbosky (The Perks of Being a Wallflower) directs. Look for the Universal Pictures’ release sometime in 2021. No date has been specified. Sylvester Stallone plays a faded superhero in the drama “Samaritan.”

SAMARITAN, the Sylvester Stallone drama from MGM is finishing its shoot. It follows a young boy who discovers that a missing superhero he has long admired may still be alive. The cast includes Dascha Polanco (Orange Is the New Black) and young actor Javon “Wanna” Walton (Euphoria, the upcoming Addams Family 2). Atlanta stage/film actor Joe Knezevich is also credited. Julius Avery directs. Look for it June 4.

ALICE, a character-driven thriller inspired by true events, is close to wrapping. Keke Palmer (Akeelah and the Bee, Longshots, Joyful Noise) Common, Jonny Lee Miller and Sinqua Walls are featured in this story of a woman in servitude in 1800s Georgia, who escapes the 55-acre confines of her captor to discover what exists beyond the tree line. Krystin Ver Linden writes and directs.

COP SHOP, an action-thriller with Gerard Butler, is expected to finish production in mid-December. The story involves a hitman, a female cop and a con man, and explores how their lives intersect. Joe Carnahan (Narc, The A-Team, The Gray) writes and directs.

ASSISTED LIVING and YOUNG DYLAN are filming their second seasons at Tyler Perry Studios in southwest Atlanta (once the site of the U.S. Army’s Fort McPherson). In Assisted Living, Na’im Lynn plays the patriarch of a young family with teenage children who decides to move to the backwoods of Georgia to help his crazy Grandpa Vinny (J. Anthony Brown). Perry writes and directs. In Young Dylan the title character (Dylan Gilmer) is an aspiring hip-hop artist. His grandmother sends him to live with the family of her affluent son, where lifestyles clash. Both air on BET. Mieko Hillman, Hero Hunter, Carl Anthony Payne II, Celina Smith and Aloma Wright are also in the cast. Young Dylan is on BET.

HOUSE OF PAYNE, another Perry project on BET, is finishing its eighth season. The dramedy follows members of a multigenerational family that lives together under one roof. LeVan Davis, Cassi Davis and Palmer Williams Jr. lead the cast. Norman Reedus is back as Daryl Dixon in “The Walking Dead.” (Photo by Gene Page)

THE WALKING DEAD is wrapping its 10th season, and its producers are prepping for Season 11. The horror series, set in the midst of a zombie apocalypse, is shot on locations in Atlanta and Senoia, 35 miles to the south. If you haven’t checked in for a while, you’ll notice a sizable turnover in the cast. Most of its originals have left, often exiting with a gruesome death scene. Norman Reedus (10 seasons) and Jeffrey Dean Morgan (five seasons) remain. It airs on AMC. Malcolm Jamal-Warner (left) and Manish Dayal in “The Resident,” which shoots it hospital scenes at the Woodruff Art Center.