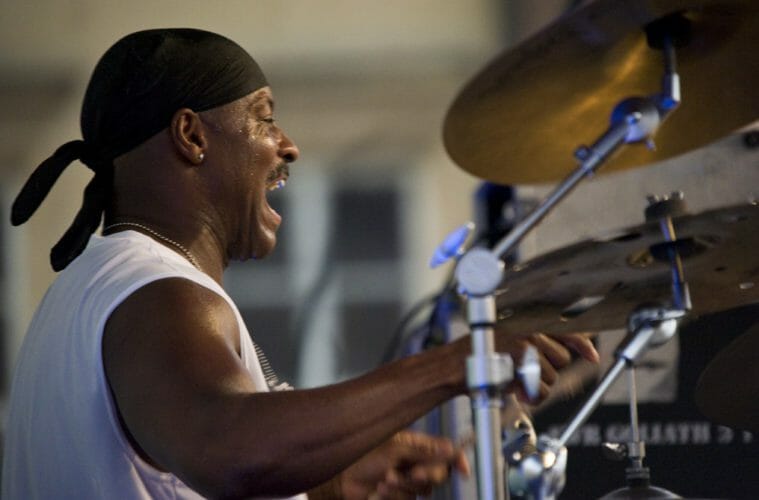 Emory has been a mainstay in Clapton's band over the past decade. (Photo by Henryk Kotowski)

From his home base in Atlanta, Sonny Emory has become one of the most in-demand drummers in music. He is currently on tour with Eric Clapton and performs with Clapton Thursday at Gas South Arena in Duluth.

Emory is an Atlanta native who began to play drums at the age of four, and received a degree in jazz performance from Georgia State University. His first professional gig was with Joe Sample and the Crusaders. Since then, Emory has played with Earth, Wind & Fire, Bette Midler, Steely Dan, David Sanborn, Bruce Hornsby, the B-52’s, Lee Ritenour, Cameo and many others.

ArtsATL sat down with Emory a few days before Clapton’s eight-city North American tour kicked off. Emory talked about coming through Covid with purpose and drive, his never-ending pursuit to find balance in life and the excitement of gearing up to hit the road again with Clapton.

ArtsATL: You and your band, Full Tilt, recently played City Winery and spotlighted your album, Full Tilt featuring Sonny Emory. How was it playing live again? 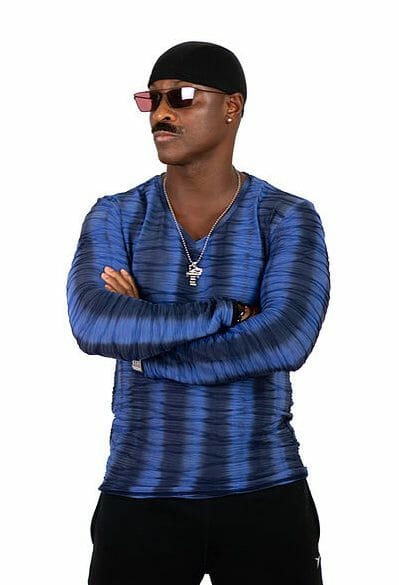 Emory was born in Atlanta and graduated from Georgia State University.

Sonny Emory: It was fantastic. We’d just released that album at the end of 2019 and had just started to ramp things up with it at the beginning of 2020 — then Covid hit. So to be able to get together and get out in front of a sold out, hometown crowd — hungry and appreciative for some live music — was a blast.

ArtsATL: Did the isolation of Covid spawn anything positive for you which might not have otherwise originated?

Emory: Yes, it spawned a couple of really positive things. Though I felt like they would have happened anyway, Covid brought them into my immediate focus. One was creating my YouTube Telesis Drum Studies, which is an educational series that lays out the rudimentary fundamentals of drumming. The other thing was I got a new solo album done — Soul Ascension. The new single just came out about three weeks ago and is getting heavy rotation on satellite radio, which is exciting.

I wanted to come out of Covid a better person, a better artist. I definitely didn’t want to look back on the last year-and-a-half and say I didn’t do anything and Covid stopped my life. And you know what they say about what to do when life throws you lemons.

ArtsATL: Covid also put a hold on touring with Eric Clapton. You go back out with him in a few days. Safe to say you’re excited about that, too?

Emory: Totally. Everyone’s healthy, looks great, sounds great. We’re ready. The last thing we did was the tribute to Ginger Baker concert in London back in February 2020. But as soon as we got in rehearsal, it was like we’d never been apart. Eric was smiling. We were all smiling. I am very excited to be going back out with Eric. Not only because Eric is a great musician, but also because he’s an amazing person. He’s great to work for and really takes good care of all of us. 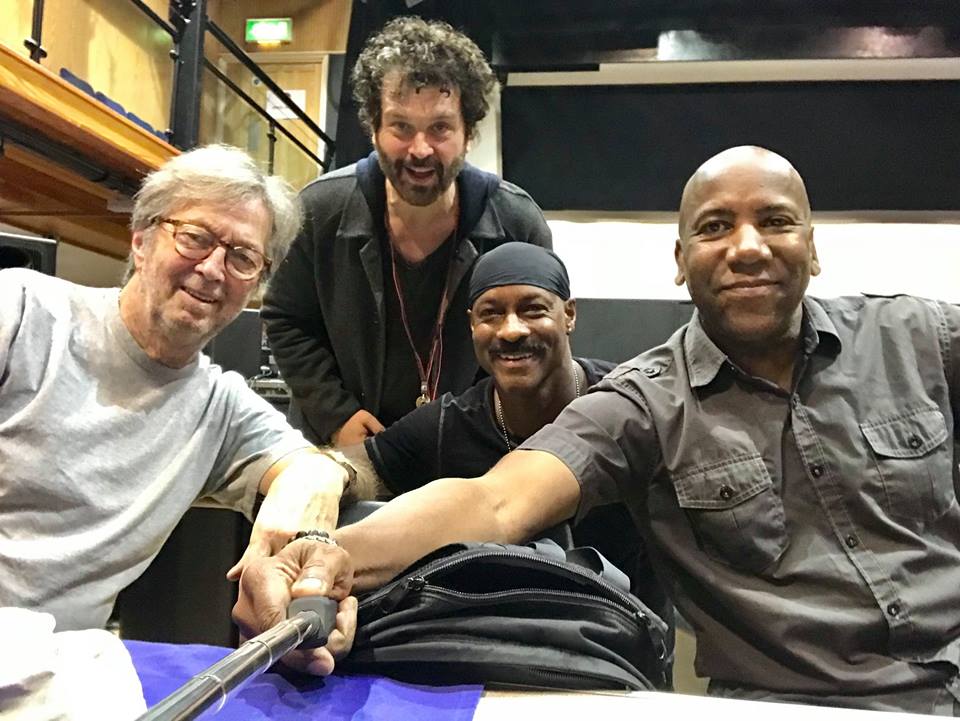 ArtsATL: You’ve played with a long list of musical greats over the years. How has playing with Clapton been unique for you or stretched you as a drummer?

Emory: It’s been unique because his music covers such an intensity and variety of levels of music. I mean, he does an incredible acoustic set, then just completely shifts gears to songs like “Cocaine,“ “Hoochie Coochie Man,” “Pretending.” So that definitely stretches me to find what is needed for each song and not get locked into trying to play all the songs the same way. You just can’t do that with Eric’s songs. And, to add to that, on this tour Eric said he wants both Steve Gadd and myself to play on each song — so there’ll be double drumming on every song. I asked Eric, “How do you want us to do this?” and he said, “Just play. The two of you just work it out.” So, that’s an example of the beauty of how playing with Eric stretches me.

ArtsATL: That must also be something special for you; Steve Gadd is one of your drumming heroes.

Emory: It’s beyond special. Steve Gadd is one of the best drummers in the world. I actually modeled a lot of my playing after him. It’s such an honor to be able to sit with him, night after night, and play those notes together. And to figure out how we’re going to try to make those two drum sets sound like one, is really cool.

ArtsATL: How did you come to play in Clapton’s band?

Emory: Oh, wow. I feel like there were a series of magical moments that led up to it. I first met Eric many years ago in New York, when I toured with David Sanborn. David asked me if I’d come do a session one night, but didn’t say much more. When I walked in, there was Eric Clapton sitting on the couch. I said to myself, “Oh my God, that’s Eric Clapton sitting on the sofa.” I then told him I loved his music and was a big fan. He was genuinely humble and very nice. David arrived and I then came to realize we were all there to work on the Lethal Weapon II soundtrack. That was the first time I met Eric. Then, a few years later, he came to see Earth, Wind & Fire and we got to hang out a little after the show. Fast forward, I was playing with Bruce Hornsby when Jay Leno took over the Tonight Show and Bruce comes in and says, “Clapton’s going to sit in with us.” The song he sat in on was a song I co-wrote with the bassist. So, we were like, “This is going to be killer.” 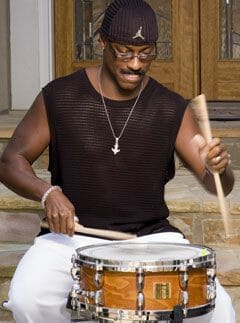 He crushed it. Later on, I did an album called Rock Hard Cachet, and was talking to my close friend, Sunny (Sunshine) Tervit, from Hard Rock Café in Atlanta, and was telling her I really needed someone special on the Mother’s Finest tune I was covering, ”Truth’ll Set You Free.” She said, “Why don’t you call Eric Clapton?” And I said, “Sunshine, you’re crazy. I have no budget.” She responded, “Call Eric. He’s cool. Just call him.” Lo and behold, I sent him an email and instead of replying to the email, he called me and said, “I’d love to do it. Just send me the tracks.” So I sent him the tracks and he just laid it out. Then, in late 2018, Hornsby called me and told me Clapton was looking for me. Needless to say, I called him immediately, and that was the start of my playing with him, beginning in 2019.

ArtsATL: What intention do you feel you bring with you when you take that seat behind the drums on Clapton’s stage?

Emory: My intention is to honor all the history and lineage of Eric’s music — basically, of the history of rock ‘n’ roll — all the guys, all the groups involved in that great chapter. It’s just insane and such a powerful honor. That is a huge responsibility to me. Every single time we step onto that stage, I look at Eric and just want to honor all that he’s about and all he’s done for that history. And it’s a lot of history to wrap your head around.

ArtsATL: How do you find the balance from the fast pace of touring around the world, in front of upwards to 100,000 people, to then coming home to be husband, father, and volunteer to mentor for children at Egleston and other children’s hospitals in Atlanta?

Emory: It can be difficult. For me, it’s definitely a yin-yang thing. The fast pace of touring on the road is one thing. Coming home to my family is another. My personal life is really chill. I have learned with time that they are different and I can appreciate each — at that given time I’m experiencing them. But I had to learn that and grow into it and when I stopped fighting that concept, I realized I could enjoy playing and all the excitement surrounding it, and also enjoy slowing the pace and doing regular things with friends and my family or visiting my little mentees. When I come home, I’m home. I think if you don’t find balance you can burn out or even die out on the road. I’ve also been practicing yoga for over 20 years and meditate regularly and work out most days — which all helps to keep the balance.

ArtsATL: When not engaged in music, what’s your favorite sound?

ArtsATL: What’s the single best piece of advice you ever got about being in the music business, and from whom did it come? 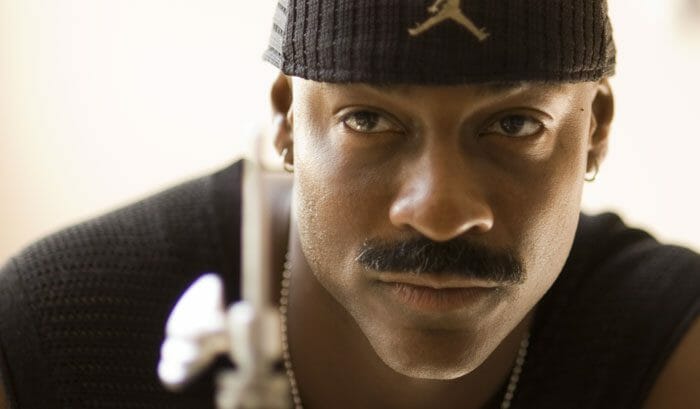 Emory says he hopes to put together a 40-piece jazz orchestra.

Emory: The most poignant piece of advice came from Maurice White (Earth, Wind & Fire). We were sitting in the studio one day and were working on my first official solo project. The sound guy left the room, so it was just he and I. And he looked over at me and said, “Hey man, just stay in the light.” I hear him say that in my head — all the time. When he said that to me, it hit me like a lightning bolt. I got it. That was the cornerstone of why Earth, Wind & Fire was so successful — because Maurice was all about feeding the human spirit, with love and light, and that’s what Maurice and those shows were about.

ArtsATL: Sounds like advice that can cross into your life off stage, as well.

Emory: Absolutely. It reminds you that regardless of what you come up against – ‘cause there’ll always be some negativity out there – there’ll be some haters –  but you can choose to not buy into that. Which also goes in line with what my mom always told me, “Be like a duck and let the water roll off your back.” So, I always hear my mom’s and Maurice’s words and try to remain positive and seek that.

ArtsATL: Do you feel you bring a Sonny Emory signature when you sit behind a set of drums?

Emory: Yeah, I do. I set out early — starting in college — to do that. Part of that has to do with the gear I use. My snare drum was actually built for me by Yamaha drum guru Takashi Hagiwara, who built my drums based on my drumming style. So when that drum speaks, it compliments how I’m using it. When he signed me to Yamaha, he said, “I’m going to build a snare drum just for you.” He studied my style, and the kind of music I was in and out of, and he just nailed it. So part of my signature comes from my instrument, along with how I choose to manipulate it.

ArtsATL: Is there anything, musically, you’d like to do which you  haven’t yet done?

Emory: Oh, yeah, tons of stuff. Specifically, right now, I’d like to do a big-band project with a 40-piece orchestra. It’s a huge undertaking and there’s a lot involved in doing that and figuring out getting all those players paid — but that’s something I’d like to sink my teeth into and add to my legacy, for sure. I’d also like to do a new incarnation of Earth, Wind & Fire sometime in the near future. I think that’d be cool.

ArtsATL: Speaking of legacy, how would you like to be remembered?

Emory: I’d like to be remembered as a person who was totally dedicated to his craft and committed to the outcome of that craft by providing joy and light and adding to people’s peace and happiness through performing.