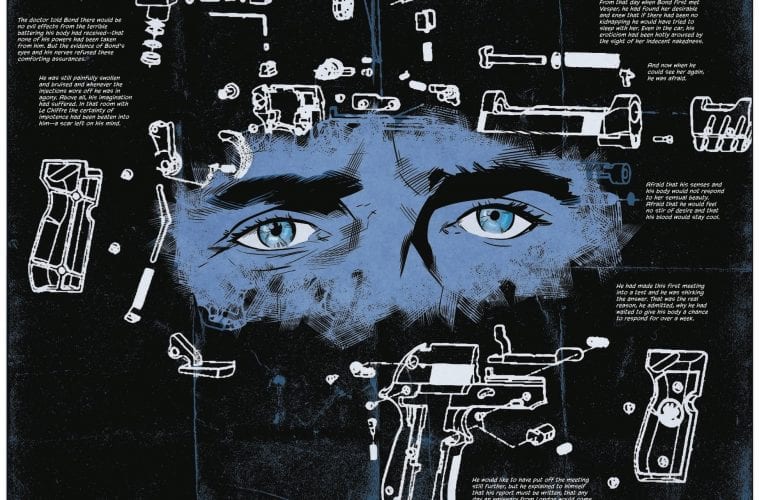 The title You Only Live Twice actually underestimates the number of James Bond’s many lives. Ian Fleming wrote 14 Bond books, and 007 has been played by no fewer than seven actors in 25 films, in addition to appearing in countless satires, follow-up books by various authors, video games and now — a graphic novel.

Atlanta-based comics writer Van Jensen views the many different sides of Bond with an expert eye. Growing up in Western Nebraska, he became interested in the film series as a 13-year-old when GoldenEye was released in 1995. “My cousin and I decided to track down all the Bond movies and watch them in order,” Jensen says. “The Roger Moore ones were my favorite. Growing up in the middle of nowhere, I found them so colorful, so over the top, so absurd; it was a pure escapism that really resonated.” 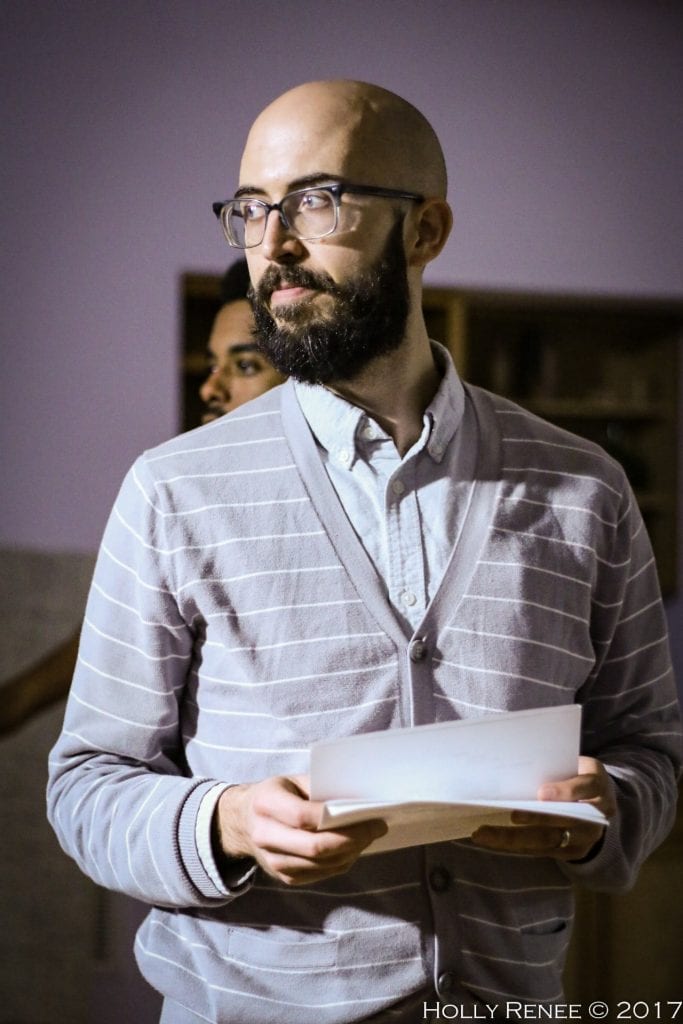 Atlanta-based comics writer Van Jensen says he’s been a James Bond fan ever since he came across the films while growing up in Nebraska.

He acknowledges that Ian Fleming’s Casino Royale, which introduced the Bond character in 1953 and which Jensen has adapted into a new graphic novel, is a strikingly different work. “You can’t get much more different than a Roger Moore Bond film like Octopussy and the novel Casino Royale,” he says. “There’s barely a connection beyond the name James Bond.”

Alongside Dennis Calero’s artwork, Jensen strove to retain the seedy cynicism of Fleming’s original book, which bears few traces of the film series’ escapist spectacle. “The gadgets, the action set pieces, the femme fatales, the quips and puns, the novel has pretty much none of that,” Jensen says. “It’s a relatively bleak, fairly slow-moving examination of someone who’s seen the horrors of WWII, survived and entered a new world that’s kind of dangerous and broken.”

The book introduces Bond at the titular French casino, on a mission to bankrupt a cash-strapped criminal and spy called Le Chiffre at the baccarat table, with assistance from the CIA’s Felix Leiter and the ambiguous British agent Vesper Lynd. Calero’s spare, moody art feels more faithful to the book’s noir influences than the films’ globetrotting glamour.

Jensen broke into comics writing with his original series Pinocchio, Vampire Slayer and has written for established superheroes such as The Flash and The Green Lantern Corps. In the early 2010s, Dynamite Entertainment attained the rights to publish new James Bond comics, and Jensen pitched some ideas for Bond stories. While those didn’t pan out, Dynamite came back to Jensen with the notion of adapting Casino Royale.

Jensen’s concepts had to meet the approval of not just the publisher but the Ian Fleming estate, which had very specific requirements for the book. “The sort of marching orders were, ‘This needs to be as close to the original as possible.’ No updating baccarat, no new set pieces, and much of Fleming’s original lines. It was a challenging gig; lots of text doesn’t make for good comics.”

He struck a particularly careful balancing act with the book’s treatment of women. In the adaptation as in the original, Bond reflects that “women were for recreation,” and at one point his assistant Mathis describes Vesper as having “splendid, er, protuberances back and front.” 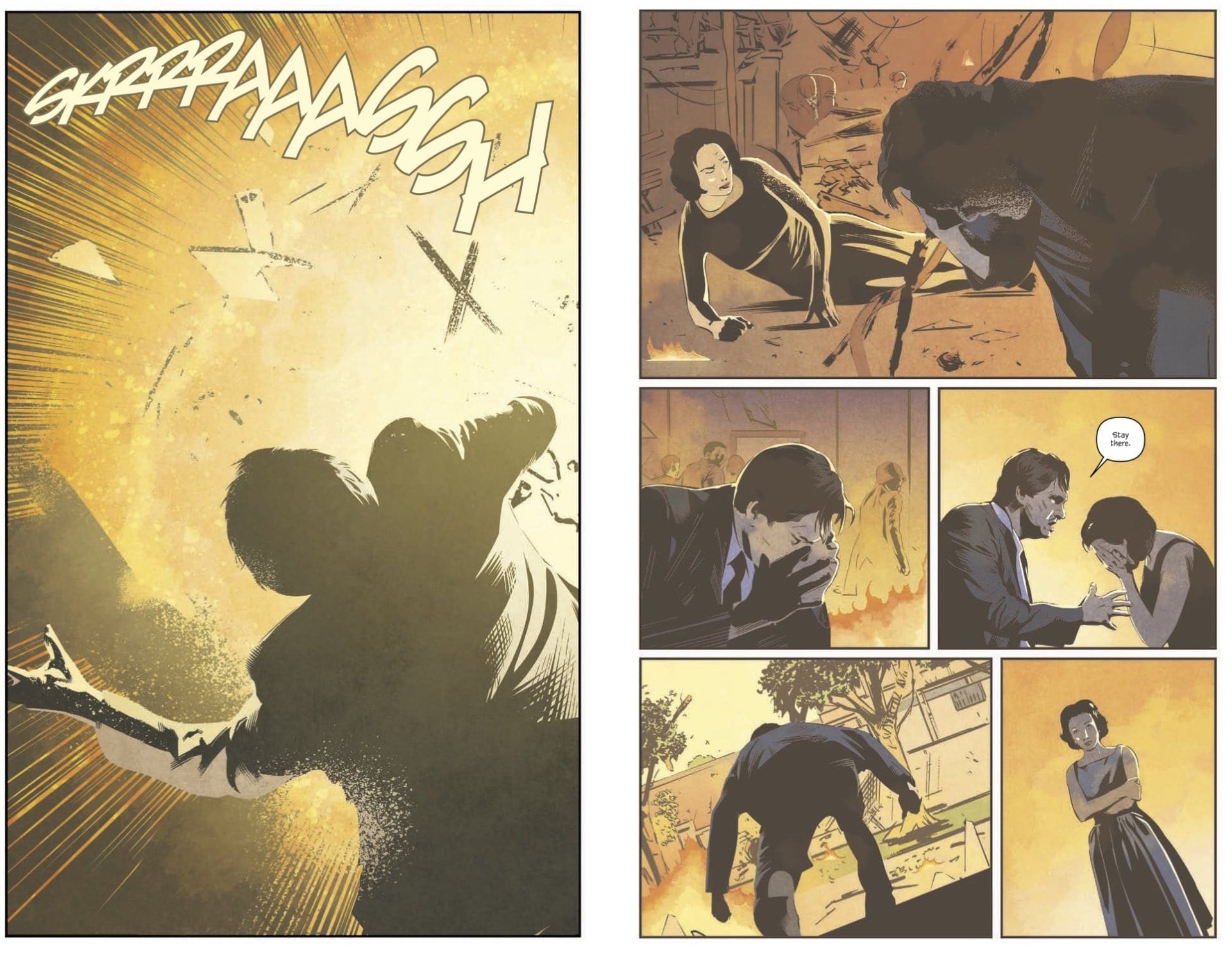 Jensen did not want to gloss over the book’s sexism and misogyny. “Even if you approach it from a dumb, masculine vantage point, there’s nothing sexy about it; it’s just clueless and gross,” he says. “I don’t buy into saying ‘Well, that was a different era’ as a blanket protection of crappy behavior. Instead, let’s use it as a conversation starter. There’s a lot of James Bond that’s toxic masculinity wrapped up in a tuxedo. I think we can go back and say, the character is what he is, but he’s not what you should want to be. If you read the book, I trust that the last thing you should want is to be anything like James Bond.” 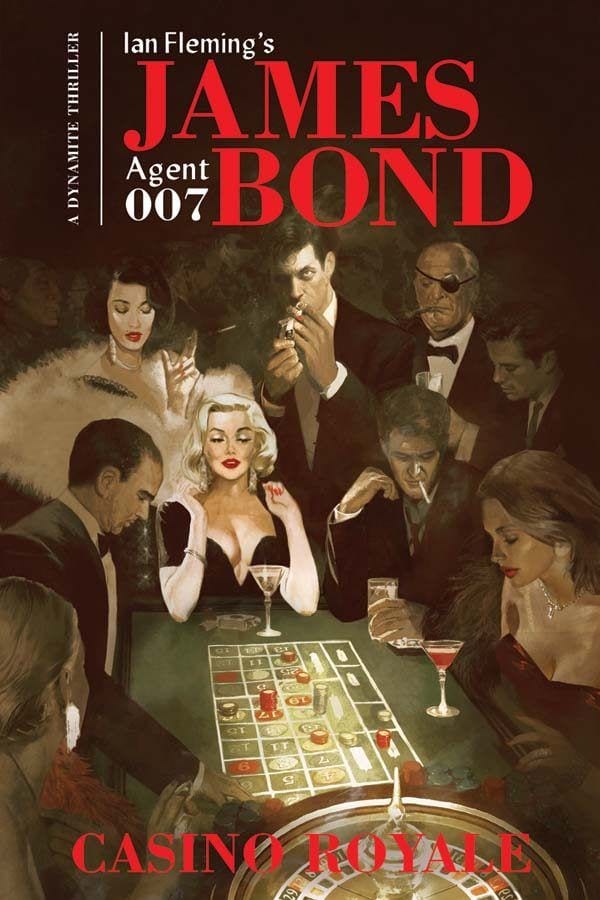 He admits there were parts of the original that crossed a line for him. “I gave [the Fleming estate] three things from the novel that were grossly misogynist. I said, ‘I just can’t write this. I can’t have my name on these phrases.’ And they were like, ‘Please cut that.’”

The need to hew close to the source material, as well as the book’s sexual anxieties, led to one of Jensen’s favorite sequences, set in a hospital after Le Chiffre has tortured Bond with a carpet beater. “Bond has had his nuts pummeled and is laid up in a hospital bed for two chapters,” says Jensen. “The least visually interesting thing is someone sitting in hospital bed, talking to people. The narration has this really deep dive into his doubt and fear that he will be impotent. I asked myself, ‘What in God’s name can I do? I can’t just leave him sitting there!’”

Jensen’s solution was to design a two-page spread with Bond’s interior monologue in word balloons and a close-up of his eyes superimposed over the technical schematics of his signature handgun – the symbol of his masculinity literally dismantled. “It’s an example of when you have really strict narrative restraints, it spurs creativity. And that’s an example of how comics can do things that other media can’t. That’s my favorite part of the whole book, and one of my favorite things I’ve ever written.”

Jensen has already written the script for Fleming’s follow-up, Live and Let Die, which he describes as having more action that fits with film-fan expectations. Illustration hasn’t begun, so he can’t predict a publication date, but he says that soon enough he will have Bond returning to Her Majesty’s Secret Service.