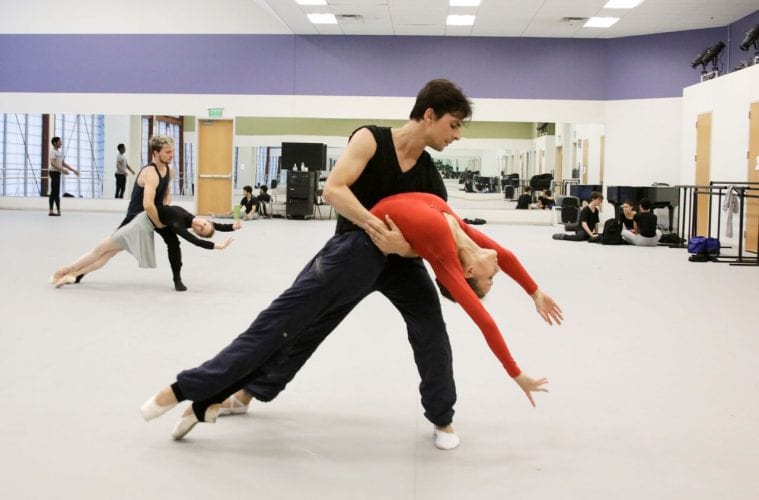 “I wanted to bring the fall program back to expand Atlanta ballet’s footprint in Atlanta’s arts scene,” says artistic director Gennadi Nedvigin. “I had a gala-type event in mind when I started building the program — one that includes different styles and lengths of ballets, features guests and displays a majority of the company throughout the full run. The program will present classical, neoclassical and contemporary works — the three fundamentals of Atlanta Ballet’s repertoire.”

Back in 2011, the company decided to move the fall program to April and kick off the season with the annual Nutcracker show in December, which created a very long gap between the end of the season in May and the beginning of the next season. Since then, Atlanta Ballet has grown in number of dancers and in ticket sales. According to the company, the 2017–18 season generated the highest revenue on record from ticket sales. Instead of simply shifting the program back, this demand (from a ticket sales standpoint) made it possible for Return to Fall to simply be added to the season’s offerings.

In a recent rehearsal for Amarante’s new work — titled The Premiere — a new energy was evident. A recent studio renovation at Atlanta Ballet’s Westside home, which merged two studios into one impressively large space, allowed for two casts of nine couples to work simultaneously.

In a case of life imitating art, Amarante’s piece focuses on a day in the life of dancers as they prepare for opening night. With swooping limbs and undulating spines, his sensual take on the neoclassical ballet style seemed to ground the dancers and loosen them up during the rehearsal. Two male dancers worked through a partnered duet as Amarante coached the shyness out of them, and several short solos showed dancers such as Jacob Bush pushing the limits of speed with a new kind of finesse. “Before, you were just yourselves: dancers rehearsing,” Amarante told them, demonstrating an elegant gesture. “But now: it’s a premiere, and you must show everything.”