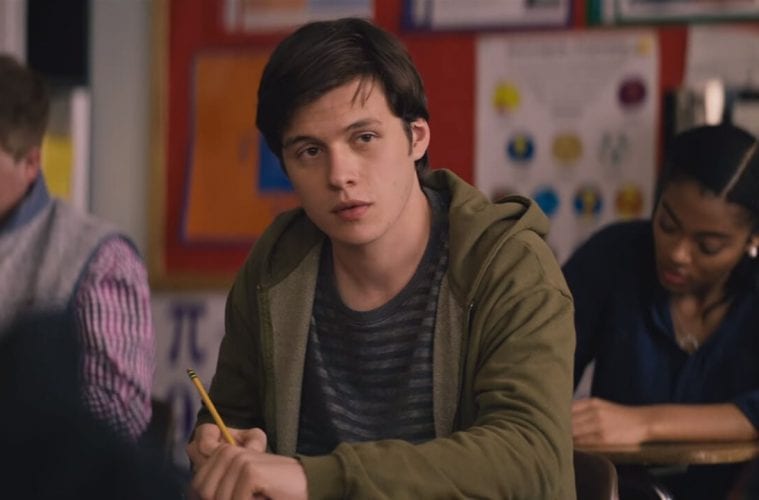 Even after Atlanta author Becky Albertalli’s debut book was optioned by Twentieth Century Fox with plans to make it into a film, she wasn’t entirely sure it would happen. It wasn’t until she walked into the production office in 2017 and saw that everything was moving forward that she realized that it was indeed a go.

Based on Albertalli’s book Simon vs. the Homo Sapiens Agenda, Love, Simon opens this weekend to much buzz. Variety called it a “groundbreaking romantic comedy featuring a gay protagonist,” and Rolling Stone’s Peter Travers, who noted it is the first mainstream film to put a closeted teen front and center, gave it a rave review.

Set in Atlanta, the movie focuses on Simon (Nick Robinson), a gay high school student — still in the closet — who starts an email correspondence with another gay student. Despite the fact that they’re not sure who the other one is, Simon falls for him. Filmed in Atlanta last spring, the movie also stars Jennifer Garner and Josh Duhamel as Simon’s parents. Albertalli wrote the novel over a five-month stretch after her first son was born.

Simon vs. the Homo Sapiens Agenda was Albertalli’s first novel, one that won her the William C. Morris Award from the American Library Association and was cited by the Wall Street Journal as one of the best young adult novels of 2015.

Albertalli grew up in Sandy Springs, and until 2012, she worked as a psychologist. But after her first son was born, she knew the time was right for her first novel.

“I was always interested in being a writer,” she says. “It didn’t seem realistic that I would do that, that I could succeed at it. But the timing worked out after I had my son. I had this character kicking around in my head.”

Simon took about five months to write, and afterward, there was a period working with her editor on revisions. The book came out in 2015, and her life changed when it did. “I was uncertain about what my day to day would look like, but I didn’t go back and look for another job,” she says. She decided to focus solely on writing. Since that time, she has also penned last year’s The Upside of Unrequited, the soon-to-be released Leah on the Offbeat and coauthored the upcoming What If It’s Us?

All her point-of-view characters, including Simon, are based somewhat on herself. “He is based on my thoughts, my inner monologue of being a teen,” she says. “Simon’s dad is like my dad too, but for the most part everyone else I write about is a mix of people I’ve met.”

When talk began about pitching Simon to studios, the author realized this was an arena she was in the dark about. “I knew nothing about this,” she says. “It was my publisher’s darling, and there was a lot of grassroots support for it. There were so many different steps in the process.”

The book was sent to a few producers, but Fox jumped on it pretty quickly. Although she was hopeful at the time, she knew that it would take a lot to make it happen. “My team was good about keeping my expectations realistic,” she says. “Most films that get optioned don’t get made into films. They usually get stalled out in development, but the studio kept telling me there was a lot of excitement.”

When the cast and crew were assembled, the film was shot at locations all over the city. Simon’s house is in Buckhead and the coffee shop the students visit is Dancing Goats Coffee Bar in Decatur. Additionally, three schools were used, including Grady High School.

Albertalli was on set for roughly half of the filming. “Every once in a while they would ask something like what would be on (a character’s) iPad, but mostly I was a star struck fangirl, like someone who wandered onto a film set,” she says laughing.

Even though the book has proven popular, Albertalli says it has not changed who she is and that her day-to-day life remains pretty normal. “It’s not like I am recognized in Target,” she says. “Being an author, even well known in your genre, is not the same as being famous. I don’t need to wear sunglasses.” She has seen the film four times already and considers the adaptation by This is Us writers/executive producers Isaac Aptaker and Elizabeth Berger as faithful. “It’s so true to the heart and feeling of the book. There are a few changes; to translate to film they are necessary. The stakes are raised for some of the characters. I think it’s a beautiful complement to the book.”

Director Greg Berlanti is well known for making the 2000 gay drama The Broken Hearts Club as well as for writing and producing television shows such as Dawson’s Creek, The Flash, Brothers and Sisters, Riverdale and Supergirl. He is ecstatic that the project worked its way to him.

“Someone in my office had read it and were trying to get the rights to it,” he says. “I later read it as a draft and I knew from the second I did I wanted to do it.”

Part of the challenge, once he had cast the film and locations were set, was staying true to the spirit of the book but creating its own world that would work on the big screen.

During his own growing up period, he was fond of films from the John Hughes canon, as well as the likes of Say Anything, Fast Times at Ridgemont High and The Outsiders. “There were so many coming of age stories that had a real impact on me,” he said. “We looked at those and made sure that with the visuals and with the score that there was an ode to those films, but that it was taking place in present day.”

Berlanti has been pleasantly surprised that Fox has not hesitated to promote the film’s gay angle to a mainstream audience. “I think that was part of our pitch to them — to embrace what the movie is. We tried to do that while making it and do what they needed us to do to sell any teen romantic comedy. There has been great feedback.”

Atlanta films wonderfully in the movie, and Berlanti is no stranger to the area. He filmed his last feature film here — 2010’s Like As We Know It — and had a pleasant experience.

“We were there with Simon in the spring of last year,” he says. “We knew this story stretched over some time and we needed the seasons. We went from one of the coldest days on record to one of the warmest days. You get all these great locations here that are very specific to Atlanta, like the Waffle Houses. Another thing that served the story well were the people and their spirit. My husband would come down with our kid and we always felt welcome. It’s not a surprise to see all the filming going on now in Atlanta.”