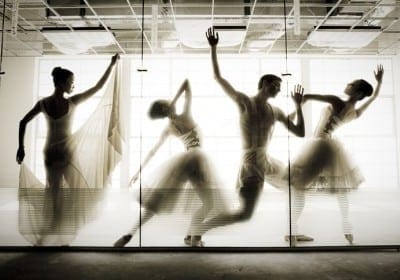 Atlanta Ballet opens its new headquarters, the Michael C. Carlos Dance Centre, on Saturday. Atlanta Mayor Kasim Reed will preside over a ribbon-cutting ceremony at 10:30 a.m., followed by performances, tours and classes by Atlanta Ballet and several community dance groups Saturday and Sunday. The state-of-the-art facility is located in the trendy, formerly industrial Midtown West neighborhood, an area buzzing with restaurants and theaters.

There’s a feeling of movement and energy flowing down the center’s hallways, and an airy spaciousness beneath its 22-foot ceilings. Warm, natural light filters through its insulating Kalwall exterior panels. Five studios, scenery and costume shops and ample office and meeting space have been tailored to the needs of the ballet company and its Centre for Dance Education. 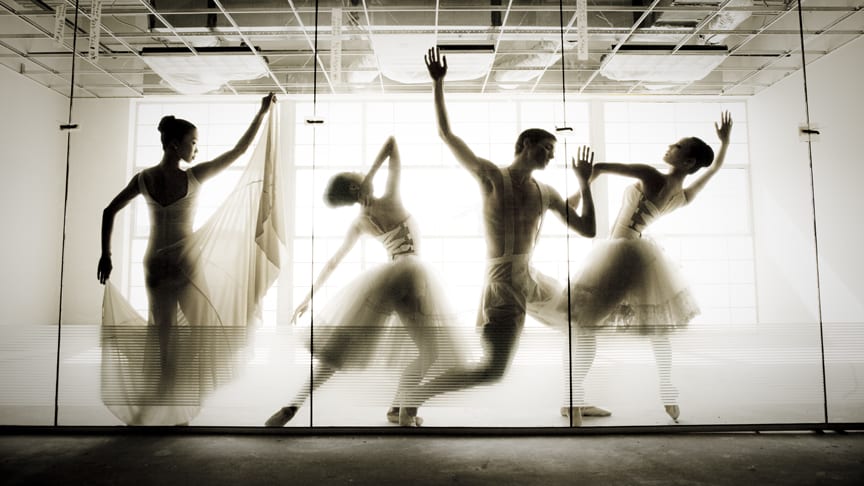 The Carlos Centre, designed by architect Steven Munro, is one of the fruits of the “Choreographing Our Future” capital campaign, launched 20 months ago under Barry Hughson’s executive directorship. During his tenure, from 2007 to ’09, Hughson secured funding for the new building, sold the old building at 1400 West Peachtree St. for $12 million and retired a $2.75 million debt. (Hughson left to run Boston Ballet in May 2009.) Atlanta Ballet now owns the Midtown West facility outright, and the LEED gold-certified space is expected to cut the organization’s electricity costs in half. On-site costume and scene shops will save $50,000 per year in rental costs and will make artistic collaboration among choreographers, dancers and designers relatively stress-free.

In a recent interview, the ballet’s current artistic director Arthur Jacobus told me he recognizes that the 81-year-old ballet company needs more than a sleek new building to chart a financially stable and sustainable future. More ephemeral than bricks and mortar, it’s a tougher sell to patrons. Nevertheless, with the board’s support, the ballet decided in June to increase the capital campaign goal from its original $14.8 million to $19.3 million. This is part of a three-year strategic plan to increase cash reserves, build up the endowment from $2.6 million to $5.6 million, create a more contemporary artistic profile and market that profile intelligently. 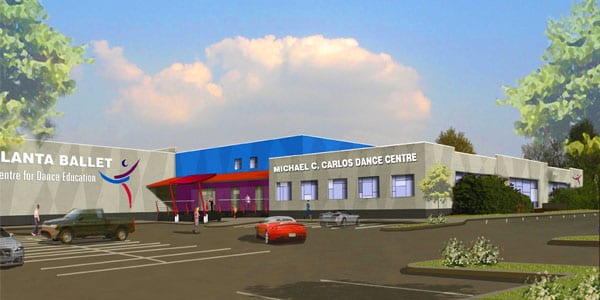 Out of the additional funds, Jacobus explained, the cash reserves would provide steady income year-round (from flush “Nutcracker” season through the lean summer months), maintain the building and help develop new creative projects. On the artistic side, the strategic plan would build a unique identity for the company through its repertory. The company plans to seek early to mid-career choreographers to create new, non-traditional works that would reflect the company’s character and the city’s culture. “It’s going to be a bit eclectic, but I think you can anticipate that it’s going to be a little more contemporary; it’s going to be a little more physical, kinetic; it’s going to be energetic. And we’d like to position ourselves as an organization that is committed to creativity and innovation,” Jacobus explained.

“They did virtually all of those different styles, all of those different genres, so to speak, with a high level of authenticity,” Jacobus said. “Credibility, you know? And are we going to build on that strength? Sure. But what we’re going to do in addition to that is to give them a body of work that they can apply themselves to. Between the repertory and the company, we will have carved out an artistic identity over time.” 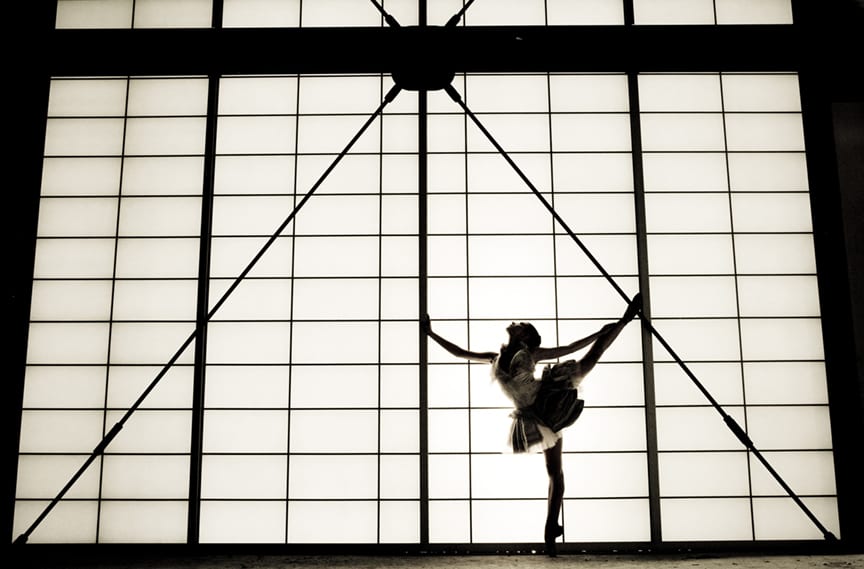 That special authenticity may be partly due to the non-competitive way artistic director John McFall has structured the company. Just as Robert Joffrey set up his ballet in the 1960s, there’s no traditional star system. Instead of ranking dancers in an established hierarchy, McFall values each dancer as an evolving artist. Dancers aren’t “used” in the traditional way, simply as tools. Instead, McFall invites them to collaborate with him in the dance-making process.

As a result, Atlanta Ballet has become “a choreographer’s dream to work with,” Darrell Grand Moultrie told me after he created “Boiling Point” with the company in 2009. Christopher Hampson said that he got “Sinfonietta Giacosa” out of the dancers only because they are such a hard-working, tightly knit, mutually supportive group, willing to “bust a gut” to help a choreographer achieve his vision.

So it’s a natural environment for bringing in early-to-mid-career choreographers, such as Quijada, Moultrie and Hampson, whose work would help re-define Atlanta Ballet’s artistic profile and establish a new brand identity. There’s no plan to give up the classics or the audience for full-length story ballets — certainly not “The Nutcracker” — but the updated profile is likely to appeal to Atlanta audiences’ taste for non-traditional, contemporary choreography. 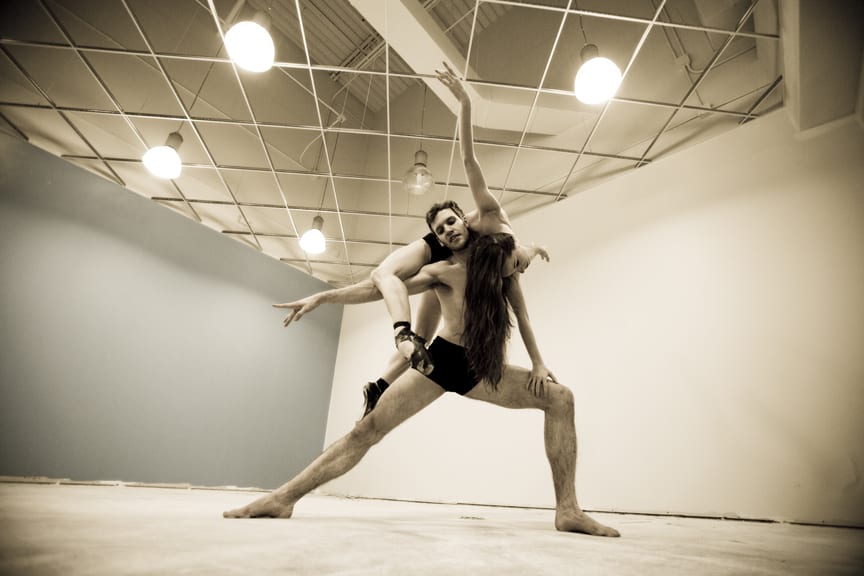 Of the three cash reserves, a $500,000 artistic working capital reserve would help get new creative projects off the ground. On each project’s fruition, the money would be paid back to the fund, with the understanding that some projects may not generate earned income. Future capital campaigns would replenish the fund. It’s a bit risky, but, Jacobus commented, “If you want to be creative, you’ve got to accept the element of risk.”

In May 2011, about seven emerging choreographers will present all new work in “Ignition: New Choreographic Voices” on the Alliance Stage. More intimate than the Cobb Energy Centre, the theater is well-suited to smaller but devoted audiences who favor more experimental work. So far, selected choreographers include Smuin Ballet’s resident choreographer Amy Seiwert; free-lance choreographer Gina Patterson, who recently founded her own Austin-based contemporary ballet company, Voices; and 2006 Juilliard graduate Bennyroyce Royon. Royon’s deftly crafted, streetwise duet “me in your fall” was featured in “Sheer Exhilaration” in May

My concern is that pieces by early-career dance-makers, still developing their craft, might have less impact on audiences than higher-priced contemporary masterworks. Then again, John McFall once told me he was “all about the next generation.” With Atlanta Ballet’s new environmentally sustainable facility, a sound financial plan, and investment in innovative world premieres, the longest continuously operating ballet company in the U.S. may become one of the most forward thinking.