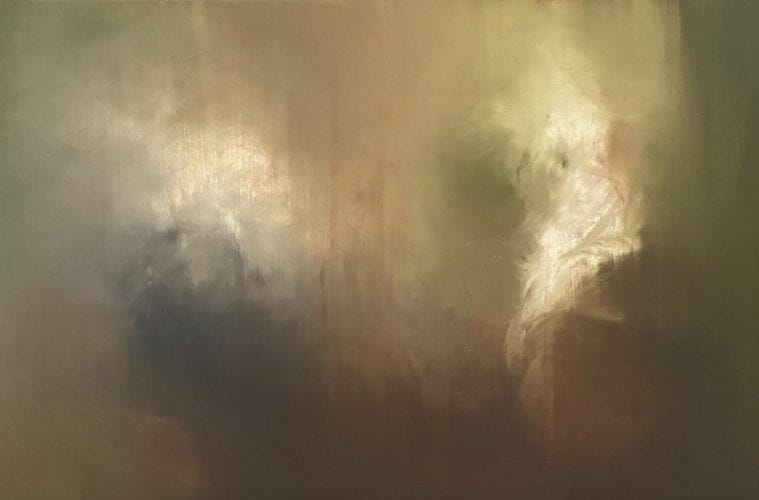 Atlanta artist Courtney Garrett says the relief fund struck an emotional chord because this is the first time she’s been asked to donate something that gives back to artists. Her work, “Saturation and Light,” is one of the pieces up for auction.

A new relief fund for Atlanta artists who face catastrophic health expenses will kick off this week with an online auction to raise money.

Gary Motley, an insurance agent and art collector, co-founded Families and Communities Together Relief with Tom Pearce when a close friend contracted the neurological disease ALS in 2014 and was struggling financially. The nonprofit raised money for the astronomical costs of his health care. Since then, the 501 (c)(3) nonprofit has expanded, raised $3 million and provided financial assistance to more than 25 families. 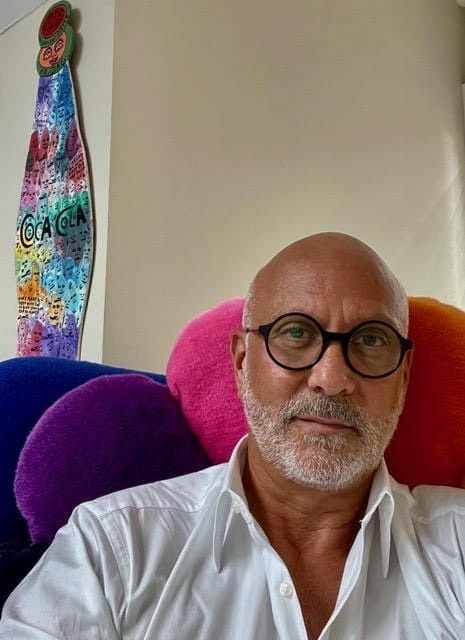 Now Motley has added a new fund to the nonprofit, Art for Artists, specifically for Atlanta artists who face a catastrophic or terminal illness and need financial assistance.

The upcoming online art auction will raise money for the fund and artists will benefit twofold. Fifty percent of each sale goes to the artist who created the work, an unusual perk. Artists usually don’t get a cut of the sale when they donate to fundraisers. Forty percent will go into the fund to support any Atlanta-based artist facing major medical expenses. The remaining 10 percent goes to administrative costs.

Online bidding will begin Friday (May 7) and close at 5 p.m. Sunday (May 9). Some of the donated works are already posted online.

This is a new paradigm for Motley’s nonprofit, but it has already helped one artist in need. When the hugely successful Atlanta artist Todd Murphy got cancer in 2019, he, his wife and five children struggled. He reached out to Motley who was both a friend and a collector of his work. “Todd never liked asking for help,” says Motley. “But I pushed him into accepting help because his diagnosis had turned dire.”

Murphy was a leading man in the story of Atlanta art. His works are in the collections of Elton John, Jon Bon Jovi and John Mellencamp, in the High Museum of Art and New York’s Museum of Modern Art. One of his most prominent pieces is the giant The Courage of Margaret Mead, which hangs in the restaurant TWO urban licks. He was loved and respected in Atlanta as much for his kindness and generosity as for his success and prolific output.

“Todd was the pinnacle,” says artist Joseph Guay, who chairs the auction. “He was our Andy Warhol. Every artist in Atlanta wanted to be him, to have his career. But there are so many full-time artists here who are not Todd, who are not famous, who are struggling especially now.”

In November 2019, Motley and Guay organized a fundraiser for Murphy at Mason Fine Art. “The outpouring of support and love was overwhelming,” Motley says. Murphy died three months later at age 57. His widow is donating one of his pieces for the auction.

Guay is now one of the city’s more prominent international artists, following in Murphy’s footsteps. He made a splash with his provocative 40-foot wall in Midtown in 2017 and counts John among his collectors. The singer discovered Guay’s work in 2001. Guay became John’s personal photographer and for seven years worked on the Sir Elton John Photography Collection. 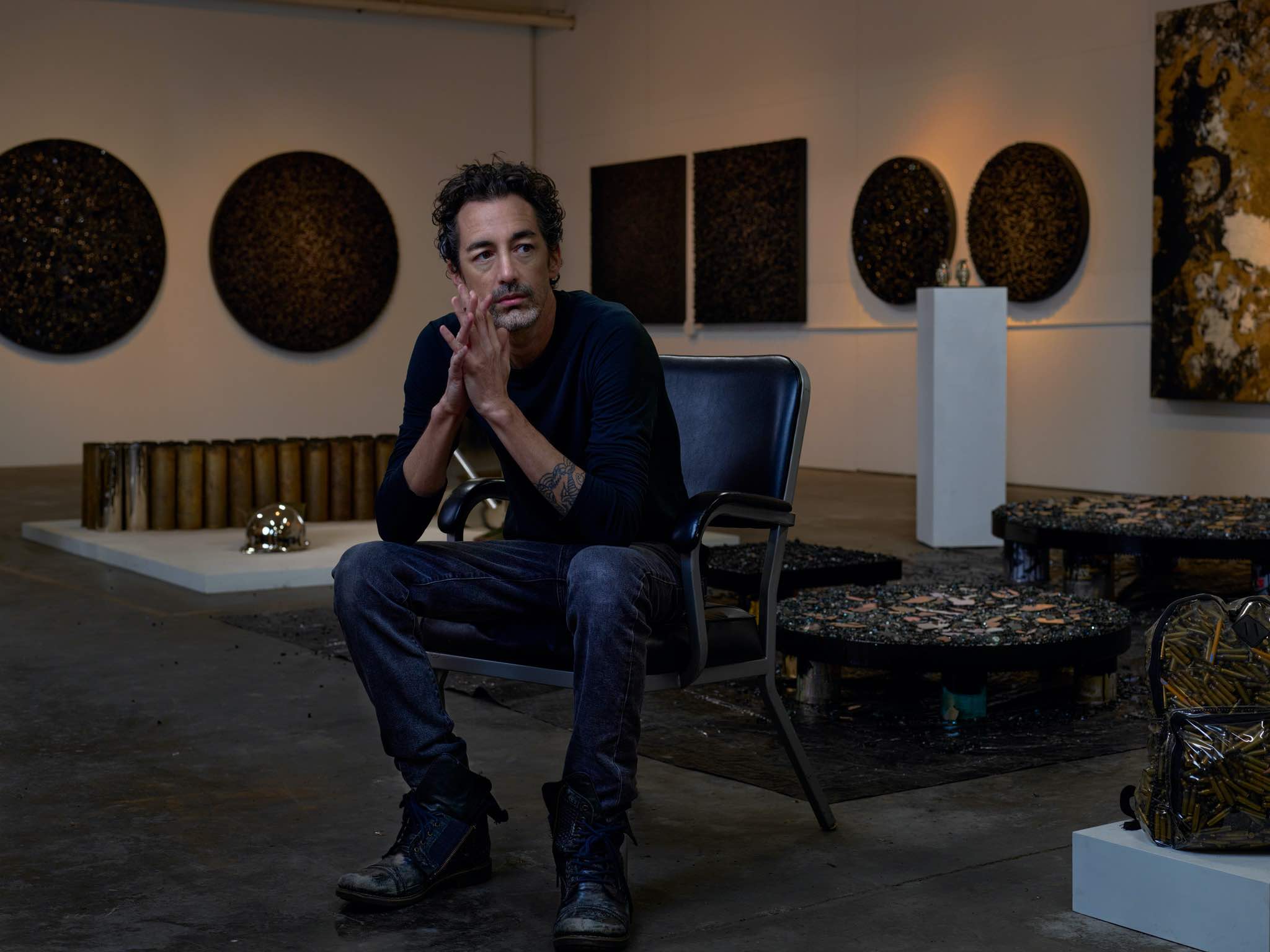 Atlanta artist Joseph Guay says the fund is needed because so many artists struggle with medical expenses. (Photo by Michael Moore)

Kelly Foster, a former sales and software consultant, is the third leg of the organizational stool. She was inspired to do nonprofit work through her engagement with March of Dimes and the Leukemia and Lymphoma Society. As executive director, she handles the business side, including auction logistics. For a few years, she used office space at Motley’s insurance agency and says every wall is like an art museum.

“Many artists don’t have health insurance and rely on the highs and lows of their income to support their families,” she says. They have also been impacted financially by the pandemic shutdown. The new fund will give out grants ranging from $5,000 to $10,000 to artists and their families who meet the criteria of catastrophic illness or injury.

The organizers hope memories of the Murphy event, where artists came together and competing gallery owners shared hugs, will inspire collectors to bid generously for the more than 60 works in the auction.

Art for Artists has lined up an impressive array of works available for bidding.

Artist Courtney Garrett says this is the first time in her career she’s been asked to donate to something that gives back to artists. “That struck an emotional chord with me,” she says. “If you’ve sold one painting in your career you’re ahead of most artists. Money has historically been our greatest need. To keep going in a normal season is difficult, but now I have had to revamp to try and rebuild the bridge that has been broken by COVID.”

Multimedia artist John Folsom is donating a piece. “I believe in the project,” he says. “It’s a nice perk to get the 50 percent. It could be an incentive for other artists to participate.” Esteban Patiño says worry and luck are part of being an artist and bad things can happen. He says he’s donated a much larger piece to this auction than he usually gives to fundraisers.

There will be something at all price points, Foster says. Fair market value of the art ranges from $500 for Kathryn Kampovsky’s Just Don’t Do Anything I Do, to $50,000 for Guay’s The Border Wall. Bidders who want to preview any piece in person before the auction can email Foster to coordinate. Donations will be partially tax deductible.

The organizers hope the auction will be enough of a success that they can hold one every year, in person. No one knows for sure what the pandemic situation will be in spring 2022, but either way they are committed to making Art for Artists a long-term resource.

“It’s very rare that a visual artist gets help like this,” Guay says. “This event is a way for artists to promote themselves and have the security of knowing a fund exists for them if ever they need it.”