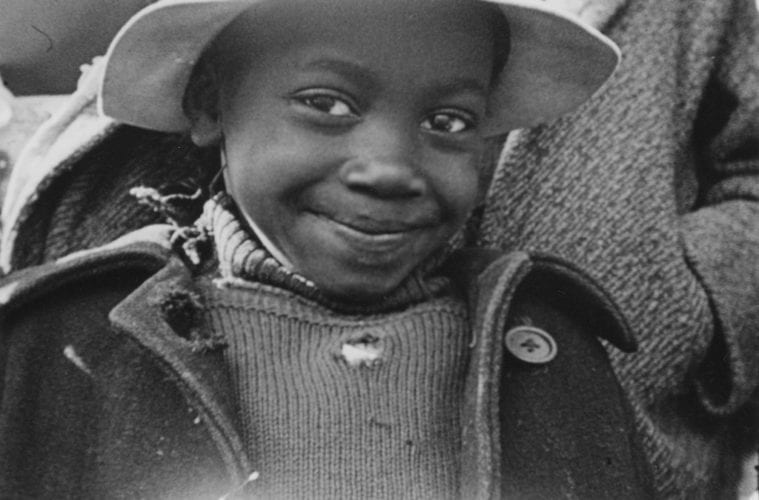 For the latest program in his ongoing High Museum retrospective, Film Love curator Andy Ditzler chose three works from a 2009 four-part series that represent a sort of “you-are-there” documentary look at race in the mid 20th century.

Says Ditzler, the shorts in Film Love at the High: Civil Rights on Film, screening Thursday, March 14, offer viewers the chance to see “how African American lives were represented in those times in the kind of smaller-scale films like I show.”

He notes that two of the three works being screened were made before the 1960s peak of the Civil Rights Movement.

The program’s centerpiece is the hour-long All My Babies: A Midwife’s Own Story (1953), chosen for the Library of Congress’s National Film Registry. Made by the Georgia Department of Health in Albany and Atlanta, the film was to serve as an educational training video for African American midwives (which is why it wasn’t available for public viewing for many years). Now, the film also serves as an intimate look at race and race relations in the mid-century, segregated South.

Shot by George C. Stoney, All My Babies follows midwife Mary Francis Hill Coley — or “Miss Mary,” as she’s known — as she goes about her rounds, delivering babies in the homes of anxious parents, often through the night and into the morning, sometimes in rather unfavorable conditions.

“It’s a straight-up documentary,” says Ditzler, “but it’s a very interesting hybrid.” The film, which is a type of time capsule look at one of the most formative periods in U.S. history, is partly acted by Albany residents playing themselves. It was shot in hardscrabble homes and rudimentary clinics and scored to a gospel choir.

“In the middle of the film, we turn from the dramatizations to see Miss Mary actually deliver a baby,” Ditzler says. “I’m not sure about the history of childbirth on film, but [that] was definitely remarkable for its time.”

Ditzler notes that it’s “an incredibly moving film,” one that subtly “addresses class inequality and racial inequality,” themes that “wouldn’t have been welcomed as an overt statement at the time.”

Also on the Film Love bill, Movies of Local People: Kannapolis — a tour of the town of Kannapolis in 1941. It’s a type of silent-film yearbook of small-scale North Carolina life, and like All My Babies, it’s also listed as a Library of Congress National Registry film.

“Director H. Lee Waters was an itinerant filmmaker,” says Ditzler, “a portrait photographer in the Depression days. He acquired a 16-mm film camera and started traveling to little towns in the South to do street photography.”

Kannapolis is a 35-minute tour of an African American community in one of those towns, with shots of people frowning suspiciously at the lens, goofing around, flirting or slyly showing off their best clothes.

“It’s mainly about the quality of the portraits of the people rather than being some revealing documentary about the town itself.”

These portraits are actually set up in two segments — the first is a look at the town’s white population. The second segment, the one featured at Thursday’s screening, features the African American residents. And the juxtaposition of the two, the film’s deliberate racial separation, is a reflection of the town’s ironclad segregation in that era.

Ditzler’s last selection, 1966’s Behind Every Good Man, is the work of a then-UCLA student named Nikolai Ursin. The poignant, eight-minute film follows a vibrant black transgender woman as she walks through the streets of Los Angeles reflecting on her life.

“Refreshingly, it doesn’t go into any of the clichés of gay representation that were happening then in Hollywood, and long after,” Ditzler says, citing the longstanding depiction of gay characters as psychologically damaged, suicidal or deserving of punishment.

“It makes a good pairing with All My Babies, because even though it’s an entirely different part of the country and a different time, there’s a connection through the combination of dramatization and documentary.”

“As Miss Mary says, ‘I’m proud of all my babies.’ That’s a moving statement,” says Ditzler, “and it’s relevant to all the films across this series.”