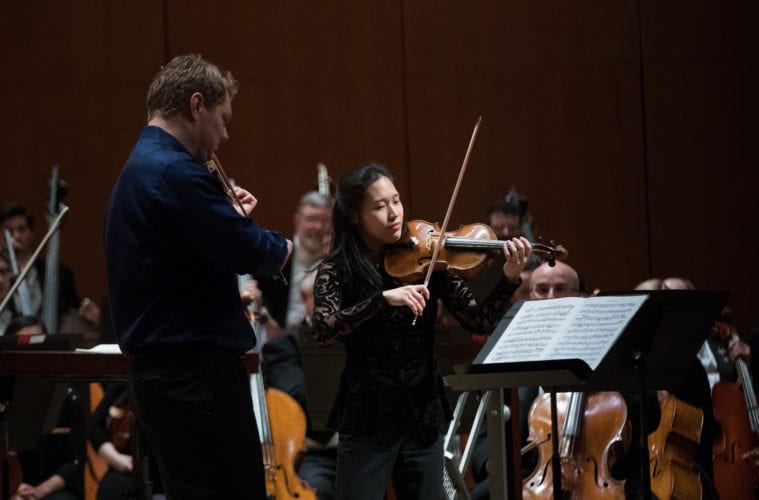 From my perspective, classical music is frequently best consumed by region. A program cultivated from multiple composers in a given region not only allows the listener to better appreciate the stylistic conventions of the area but to also lose themselves in a sort of auditory vacation that travels not only distance but time as well. Such was the case in the Atlanta Symphony Orchestra’s “Slavic Delight,” which featured the works of Zoltan Kodaly, Julius Conus and Pyotr Ilyich Tchaikovsky on March 7, with a repeated performance this Saturday.

This was a night carried by the outstanding guest conducting of Henrik Nanasi. From the outset, his animate enthusiasm was on full display in a series of swift and decisive motions that took his performance out of the realm of mere conducting and into something almost akin to interpretive dance. The orchestra responded accordingly, giving the music the textural gravitas it required. Such a stunning command of the podium — which never relented or faltered throughout the night — was an inspiring sight to behold and one that translated triumphantly into the music itself.

Nanasi’s stellar abilities were on full display from the outset, giving Kodaly’s Dances of Galanta the kind of lush, intoxicating grandeur associated with a vintage Hollywood film score. Composed as an homage to the small Hungarian market town of Galanta, where the composer spent seven years of his childhood, the piece reflects a sense of innocence and wonderment, which the ASO expertly conveyed. Of particular enjoyment was the rich interplay among the woodwinds, which called to mind Vivaldi’s Four Seasons. The evening’s second piece, Conus’ Violin Concerto, primarily showcased the towering virtuosity of violinist and concertmaster David Coucheron, whose scorching chops were on full display throughout. Coucheron’s performance was riveting, with soaring vibrato and effortless speed all delivered with his usual good humor and cheerful stage presence. After the Conus, there was a encore of Johan Halvorsen’s “Concert Caprice” for Two Violins, for which Coucheron called on the accompaniment of principal second violinist and (Boston Symphony transplant) Julianne Lee. The performance, though similarly chops-heavy, was a testament to the potential for intricate interplay in the duet format.

The night’s monumental event, however, was Tchaikovsky’s Symphony No. 4. Tchaikovsky will always be a personal favorite of mine. Yes, “Swan Lake” has been done to death (it’s arguably the “Stairway to Heaven” of the ballet world), but it never fails to seduce me, and in the month of December, it just doesn’t feel like Christmas until I’ve been through the entire Nutcracker. Most classical composers have two sides: light and dark, to be invoked as needed in a given piece. Tchaikovsky has no such alternating current — he is fully blended and can convey both gothic grandeur and a childlike sense of fairy-tale wonderment in the same instant.

Such a mastery served Tchaikovsky well in Symphony No. 4, a work composed during extreme depression following the dissolution of his brief marriage. As such, there are moments of rage and melancholy that tear at the listener’s heart strings with a savage ferocity. The opening horns — delivered expertly by the ASO — are stark, ominous and terrifying in their pummeling presence. Of particular commendation here is the timpani performance by Mark Yancich, whose fluid dynamic range captured the raging emotional undercurrent of the piece. Such deep furies were further well conveyed in the consistently passionate performance of Nanasi, who seemed to be intent on summoning demons with his baton.

That harshly magnificent delivery of the opening movement made the pensive opening feel like the ringing one hears in the silence following a burst of shouted anger, giving the piece a level of conceptual clarity not seen in lesser performances. The third movement showcased the ASO’s penchant for large dynamics, handling the volume jumps and majestic swells beautifully before launching into one of Tchaikovsky’s signature horn/woodwind dialogues. The finale was a summation of the raging fire of the fourth movement, filled with all the personal catharsis the composer intended and delivered with such high intensity that the audience was instantly on its feet for an enthusiastic and protracted round of applause.

All in all, “Slavic Delight” lived up to its name, taking the listener on an auditory tour of the region before plunging unexpecting ears into the awe-inspiring majesty of Tchaikovsky at his unrestrained best. An enthralling night all around and one that bows humbly at the feet of Nanasi’s outstanding conducting. Readers are encouraged to catch the repeated performance on March 9.