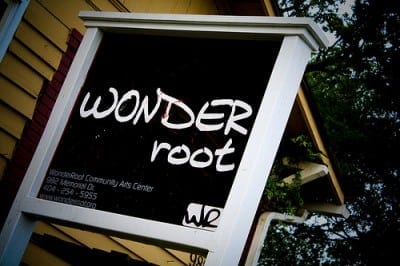 The nonprofit WonderRoot has finished investigating allegations of misconduct and mismanagement against former executive director Chris Appleton and installed Brian Tolleson, most recently with the National Center for Civil and Human Rights, as interim executive director.

Appleton cofounded and led the nonprofit until February 8, when he was placed on leave after artists and former employees posted an open letter on Instagram accusing him of abusive behavior and demanding his removal. He resigned days later.

The letter also alleged that the WonderRoot board had been hearing complaints about him for years but had taken no action. Appleton had been with the nonprofit, formed to promote social justice through art, since helping found it in 2004.

On Tuesday, the Atlanta crisis-management firm Stripe Reputation, hired by the WonderRoot board as spokesmen during the investigation, released its findings. Jamala McFadden and Raquel Crump of Employment Law Solution conducted the inquiry.

They reviewed and relied upon material that included, but was not limited to, the open letter; social media posts written in response to the open letter; WonderRoot’s Employee Handbook (2015 and 2017 versions); board meeting agendas and minutes; WonderRoot’s financial/accounting documents; WonderRoot bylaws; employee stay and exit interviews; and relevant email communications by, between and about WonderRoot’s current and former staff and board. See the statement and full report on the WonderRoot website HERE.

Unprofessional behavior. “Appleton repeatedly behaved in an unprofessional manner with staff during his tenure as WonderRoot’s executive director. His behavior included becoming irate with staff, yelling, outbursts and using profanity when upset . . . this behavior was [not] targeted to any particular group of individuals — women, men, minorities, non-minorities, heterosexuals and members of the LGBTQIA community.”

No inappropriate sexual behavior. “Investigators found no evidence that Appleton engaged in inappropriate sexual behavior, unlawful sexual harassment or other sexual misconduct during his tenure . . . . He was not involved in romantic relationships or the pursuit of such relationships with any WonderRoot employees or interns during the time they were employees or interns.”

The board, the statement said, has agreed to implement four recommendations:

1. To begin the search for a new permanent executive director.

3. To create and implement a performance review process for the executive director that includes a self-assessment and input from staff and board members.

4. To modify the complaint procedure outlined in WonderRoot’s Employee Handbook to extend the time period for submitting complaints, include a procedure for following up with the complainant after an investigation and provide for notification to the executive committee of any material workplace complaint.

For now, the future of WonderRoot is in the hands of its board and Tolleson, its interim leader. He is a founding partner and CEO of Bark Bark, an Atlanta-based branded content company. He served as the interim CEO at the Center for Civil and Human rights from March 2018 to March 2019.