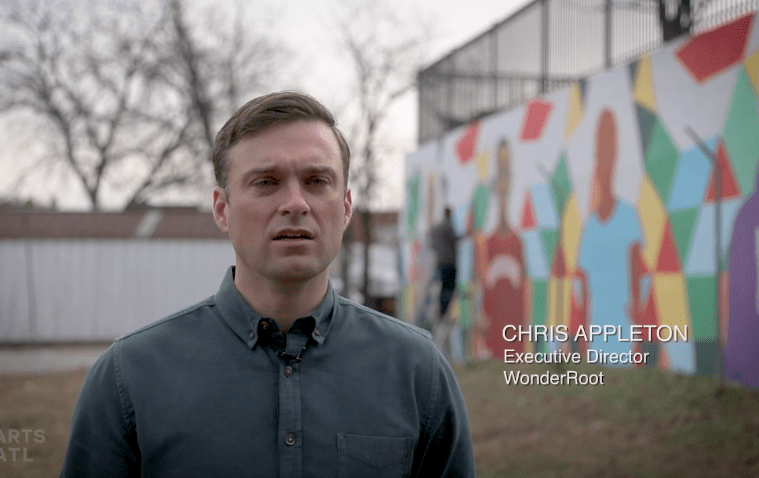 Chris Appleton, the executive director of WonderRoot, has resigned from the nonprofit arts organization he helped found in 2004.

Appleton was placed on leave February 8 after a group of artists and former WonderRoot employees posted an open letter on Instagram that accused him of abusive behaviors and demanded his removal.

A statement by WonderRoot on Monday said Appleton had voluntarily offered his resignation, which the board accepted. He will serve as an advisor to the organization during a transition and will also cooperate with an independent investigation.

“WonderRoot has strived to understand and address the matter fairly and transparently,” the statement said. “The board of directors has identified a third-party investigator to lead an inquiry into the matter.”

The board thanked Appleton for his more than 15 years of “dedicated service and vital contributions to WonderRoot.”

Stephanie Dowda, an artist and former WonderRoot employee who was among the artists who signed the open letter, said they received an email about Appleton’s resignation Monday from the WonderRoot board.

“We think it’s a good first step to WonderRoot taking responsibility and Chris Appleton taking responsibility for years of abuse,” she said. “There’s still a long way to go. There was systemic harm that was reinforced by the board’s actions. But this is a good first step to healing the harm that Chris Appleton and WonderRoot have done in the community.”

In the open letter, the group said they had “endured egregious and systematic harm” under Appleton’s leadership and the organization’s “top-down culture of inveterate disrespect and intimidation including frequent outbursts and insults, consistent violation of personal and professional boundaries, inappropriate attempts at intimacy . . . and deflection of any responsibility for mistakes.”

The letter was signed by eight members of Atlanta’s arts community: MINT founding director Erica Jamison, artists Stephanie Dowda and Amanda Mills (both of whom are past ARTS ATL contributors), Angela Davis Johnson, Jessica Caldas, Matthew Rosenfeld, Jennifer Lobsenz and Stephanie Kong. The letter was signed anonymously by seven others.

The letter’s signees also accused the organization’s board of directors of enabling the behavior, saying they had brought complaints to board members starting in 2014.

After the letter was published, WonderRoot’s board of directors placed Appleton on leave and promised an investigation of the allegations to be conducted by an independent third party.

The organization has announced plans for the WonderRoot Center for Arts & Social Change, a 54,000-square foot, eight-acre campus for artists in Reynoldstown that includes studio space for artists, a visual arts gallery, production facilities and a performance venue.