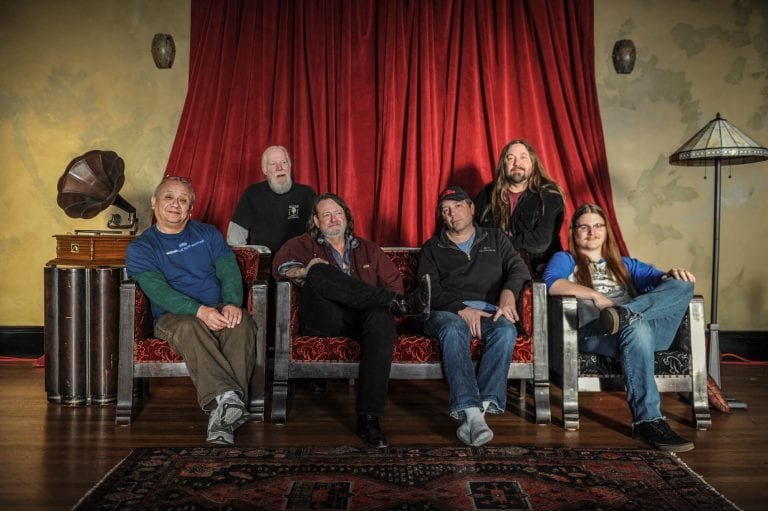 Widespread Panic’s Jimmy Herring on the sadness, inspiration of returning to the Fox

Widespread Panic, the jam band icons, return to the Fox Theatre Friday, Saturday and Sunday to renew an old tradition of performing in Atlanta on New Year’s Eve.

Widespread’s Jimmy Herring, who lives in north Atlanta, has reached the status of a modern guitar hero, and just came off a tour with the legendary guitarist John McLaughlin. Herring has also been active this year with his solo band, The Invisible Whip.

For Panic, it will be something of a bittersweet return to the Fox. On May 1, members of Widespread Panic participated in a 70th birthday celebration at the Fox for Colonel Bruce Hampton, who collapsed on stage and died. It will be the first time band members have returned to the Fox since that night.

ArtsATL caught up with Herring in between his short rest from coming off his tour with McLaughlin and gearing up to go on the road again with Widespread Panic. Here’s what he had to say about remembering his mentor, Col. Bruce, playing with his hero John McLaughlin and Widespread Panic’s return to the Fox Theatre. 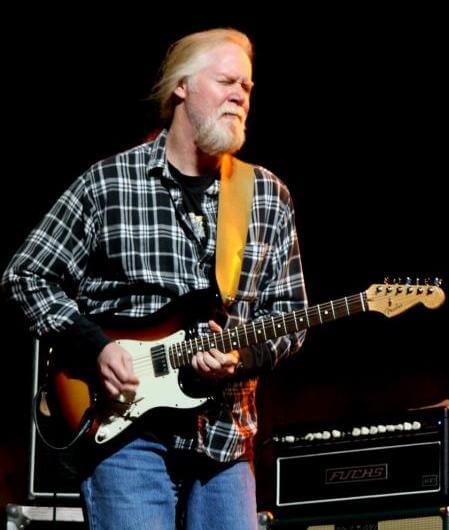 Jimmy Herring: John’s music is technically demanding, for sure. There’s a certain amount of athleticism needed in order to pull it off. When people hear a reference to the woodshed, most of them assume it means you have to practice technique and other physical aspects of playing the instrument, but John has transcended technique to the point of it only being one of the many tools he works with. This is what I’ll take back to the woodshed with me — this music has inspired me, and I’ve seen its impact on audiences all over the country. And believe me, it’s not all about chops and speed. The tunes have depth, and they’re much more than a vehicle for guitar solos.

ArtsATL: Aside from the obvious fact that John is an amazing guitarist, can you share something about his playing that isn’t obvious?

Herring: Yeah, he’s in an odd meter like 5 and 9, or 13 and 15, and yet knows exactly where he is at all times. To be in those time signatures and be free is amazing. I’m usually playing basic four — which is as natural as walking down the street. On that tour, there was just one song in four, one song in 15 songs. But for John, he’s playing in the odd meter without even thinking about it. And what he does — to internalize all that but then play without thinking about it — is what we all try to do. Of course, at one time, he was as disciplined as a marine, and having discipline over the years will show when you let go.

Herring: All that preparedness shows on the stage. That was Bruce Hampton. I mean, Bruce didn’t want to hear you thinking on stage. Point being, if you’re going to think, do it before you get on the stage. That’s why I always disappear like two hours before the show — if I have that luxury. I’ll look through the set list and think about what I want to play. And then when I get out there, I’ve already thought about it. The idea is don’t think about it when you’re on stage because if you do, you’re not truly improvising.

Herring: Well, hopefully, in either case, you’re open and you’re out of the way. But in rock, the tonalities are more stripped down. You play out of an A Minor, and if the inspiration strikes you, you can simply follow that. But in jazz, a harmony is deeper and it’s more difficult to play and move around. But, really, once you’ve studied it and understand it, you can be free to get out of the way and go with it as well. And in that respect, it is no different.

ArtsATL: You just mentioned being open and out of the way when playing [and] Colonel Bruce Hampton teaching you that. Colonel Bruce exited this planet but imparted many lessons amongst us before doing so. Have you any thoughts on that topic you’d care to share?

Herring: I’m still drawing from his lessons every day. Bruce instilled in me that when you strip it all away, you’ve got to be yourself. And John also talks about that all the time — John’s and Bruce’s minds are very similar, and that’s pretty unbelievable to me. But you have to find who you are. I’ve been around a lot of people who actively search for who they are. A lot of guys I’ve played with over the years have been reading all the different philosophies or religions like Taoism or Christianity or whatever trying to figure out things. A lot of those readings are wonderful, and I’ve read a lot of them, too. But, truthfully, I can read Salt Water Sportsman and feel like I’m getting the same kind of thing. Do you know what I mean?

ArtsATL: Yes, it simply sounds like you’re describing the ability to get in touch with yourself through things you find joyful and moving. We all have those things. We just have to find them.

Herring: Yeah, absolutely. And that makes me think about the fact that Bruce helped me find music.

ArtsATL: Can you elaborate as to how the Colonel helped you find music?

Herring: Well, he was pretty tough on me early on because he wanted to make sure I loved music and not just the guitar. So he insisted that I listen to music which didn’t have guitar in it, and I loved that. That lesson is still with me. I rarely listen to music that has guitar in it. If you listen to only other guitar players for your inspiration, you’re going to sound like your hero. So, it’s really critical for musicians to listen to all music, so we can absorb the music rather than only our instrument. And in that, you learn to appreciate and even mimic other instruments.

ArtsATL: You said this lesson is still with you today. How’s it continued to serve you?

Herring: Well, besides the fact that I’ll forever believe it’s just really healthy to listen to music besides where your wheelhouse is, it served as an important element when I made my first album, Lifeboat. I started playing the guitar because of Hendrix, and the Allman Brothers. I love the guitar — and I don’t know if anyone even noticed – but it was real important to me that the album not just be a guitar extravaganza but about music. I made sure there was flute and sax all over that album.

ArtsATL: If nobody else, there’s no doubt that Colonel Bruce noticed you paid attention to his lesson.

Herring: Gosh, that’s true. I miss Bruce so much.

ArtsATL: Recently, you shared with ArtsATL that you’ve thought a lot about returning to the Fox Theatre, and are hopeful you can lay aside the thoughts about Colonel Bruce collapsing on stage as you begin to play. Would this not be the ultimate way in which to pay him homage?

Herring: Absolutely. You know, I’m drawn to people who either played with Bruce or knew him well. And it’s nice that I’ll get to go back on that stage having that in common with everyone from Panic, as Bruce cared for all of us for so long. I’m hoping I — and all of us — can do that very thing Bruce taught and let our thoughts get out of the way and play. I’m hoping any anxiety we have will go away once we get going. But he’ll be there, with all of us, for sure.

ArtsATL: With the new year just days away, can you share three things you hope 2018 will bring?

Herring: Peace, harmony and tolerance would be a good start.