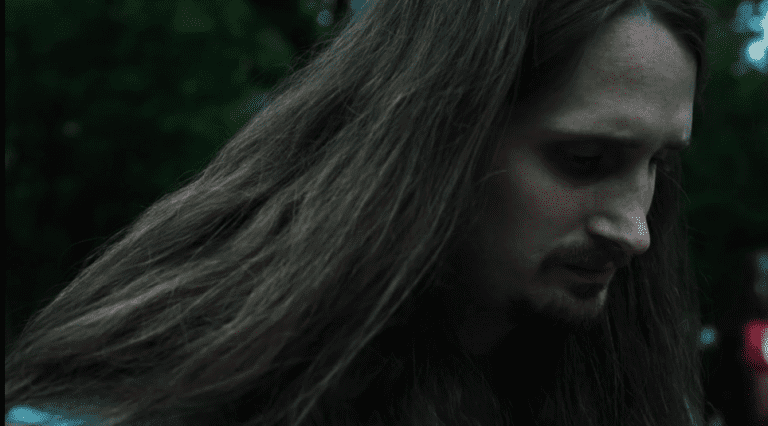 This article was brought to you in partnership with artcloud. Artcloud is a personalized tool for curating an art collection – whether you are an artist, gallery, or collector. With this social network and built-in marketplace, you can browse thousands of artworks by price, keywords, color, and more through the artcloud app.

Last Thursday evening the DeLand, Florida-based Roadkill Ghost Choir played at the Earl. Videographer Ethan Payne took the opportunity to film the band performing a couple of songs before the show. Below, an interview with Payne about the experience, and the videos that resulted. Roadkill Ghost Choir will return to Atlanta to play a show at Aisle 5, tonight at 5:30 p.m.

ArtsATL: What do you find especially interesting about Roadkill Ghost Choir’s live performances and how do you recreate that ambiance within a video?

Ethan Payne: Back when my band was touring more, my band, Easter Island, shared a booking agent with Roadkill. We played shows together all around the southeast and becoming fast buds in the process.  There’s a melancholy in their music, specifically in Andy’s voice, that I’ve always connected with and loved.  A lot of their songs are slow burners and just get cemented deep into your mind.

When the band I’m shooting has a more personal, introspective vibe like this, I want to get the camera super close, evoking the intimacy of their live performance. I make sure to use tight shots for a borderline uncomfortable amount of time to capture their facial expressions.  The fact that we don’t cut builds tension.

ArtsATL: Last Thursday, April 21st was a pretty rough day in the musical world, why did it seem so suiting to cover “Purple Rain” specifically?

Payne: When I showed up [to film] I jokingly asked each of the three bands on the bill if they’d coordinated which Prince song they would cover that night.  Turns out Andy was the only one who learned one, so it just felt right to record it.

Seeing these old friends for the first time in a while and helping them unload their gear made me pretty nostalgic.  The pre-show process can have such a rhythm: Load in, sound check, chill.  Meet the front-of-house engineer, meet the bartenders, chill. Look for coffee, look for food, chill.  You might’ve been on a couch the night before in a different city and you might not know where you’re sleeping tonight.  There’s a beauty to it, but it can also feel a bit isolating when week after week the only familiar faces are your band mates.  This is why, when you end up on a bill with two other bands full of friends or when you play an old familiar venue with a trusted sound engineer, it can feel like a relief.  I wanted to capture that feeling in the midst of loss and to try to throw together kind of a “love letter to the touring musician” in a way.