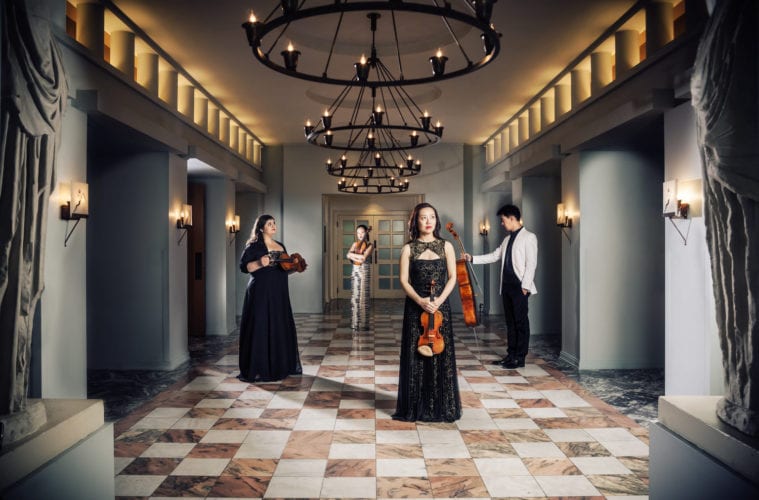 As the opening bars of Haydn’s “Lark” (or String Quartet in D-Major, Op. 64 No. 5)  filled the hall, each instrument seemed to exist in its own realm. The phenomenal acoustics of the chamber combined with the quartet’s deft touch created the sense that four instruments were wholly separate from one another, lacking the usual bleeding-together tones one hears in less refined halls. At first, this effect was fascinating — but it soon began to work against the music.

It appeared as though the Vega String Quartet was more interested in maintaining this sense of acoustic space between themselves than in delving into the music. The result was a reluctant, overly reserved performance by players unwilling to give the music the spirit and life it so deeply deserved. Haydn’s Allegro moderato and Adagio. Cantabile felt overly clinical and conservative with only the closing Finale. Vivace capturing any sense of passion — namely in the outstanding technique of violinist Elizabeth Fayette.

As Haydn’s “Lark” reached its closing strains, I was left hoping that Beethoven’s String Quartet No. 16 in F-major, Op. 135, would pull more emotion from the foursome. Certainly the arena rock star of his day, Beethoven imbued even his smaller chamber work with a kind of righteous fury that is impossible to ignore. To this end, the slumbering beast at the heart of the Vega String Quartet began to rouse itself awake as the ensemble explored Beethoven’s more dark, thoughtful work. Here, the precise and unblended sound of the hall worked to the betterment of the music — generally dense and more expressive, the composition benefited from the additional space, allowing the music to grow and flourish. 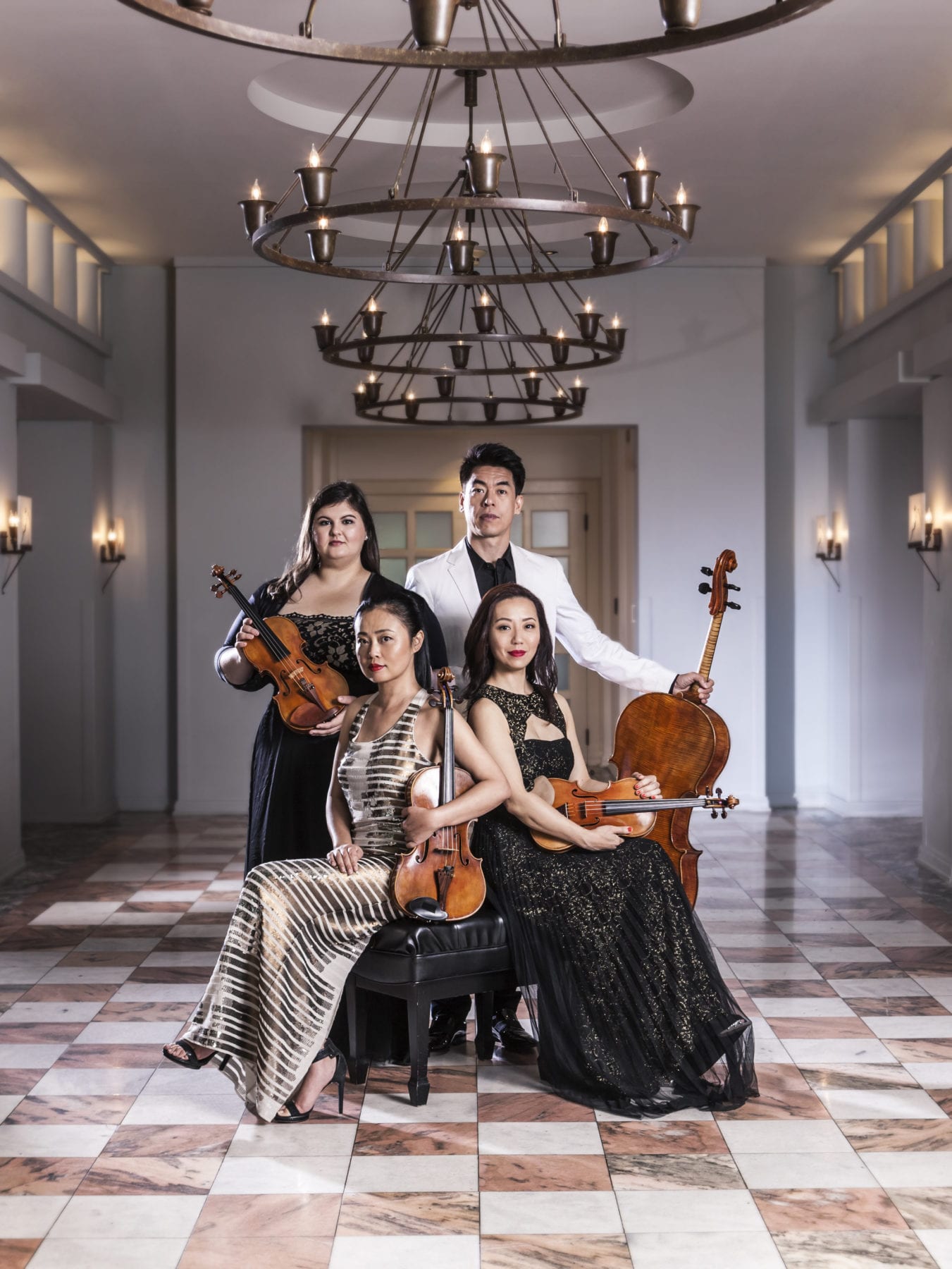 It wasn’t until Beethoven’s Lento assai, cantante e tranquillo that the cold, clinical nature of the quartet’s interpretation dropped away and immersed listeners in a dark and seductive world. As the second piece of the evening drew to a close, the ensemble sounded more engaged.

Taking advantage of the unassigned seating, I moved closer to the front for the second half. While the move didn’t make a perceptible difference in the auditory quality of the performance, I was grateful for the change in perspective.

It was in Ravel’s String Quartet in F-Major that the ensemble came alive. There was an immediate awareness in the opening piece, Allegro moderato – très doux, that was wider and less constrained — the bowing deeper and more enthusiastic. Now, shimmering tones that had felt distant and detached were reaching out for the luminous warmth of rich interplay.

It was in this first movement that cellist Guang Wang emerged as the star of the evening — his burgeoning passion catching the sails of his fellow travelers, guiding the quartet to majestic heights. Also worthy of note is violist Yinzi Kong, whose deliciously thick tones were the perfect counterpoint to Wang’s captivating performance. Such sudden energy, which bordered on punk rock abandon, was wondrously framed by the furious bowing of violinists Fayette and Jessica Shuang Wu. Now, in their sudden willingness to embrace inner intensity, was a performance of Ravel that captured the composer’s penchant for intricate, interwoven melodicism. By the final movement, Vif et agité, the group earned the enthusiastic standing ovation to which they were treated.

It was an evening of contrast between two distinct halves — one dull and uninspired, the other majestic and sublime — that proved the Vega String Quartet has the ability to be great when they allow themselves to.