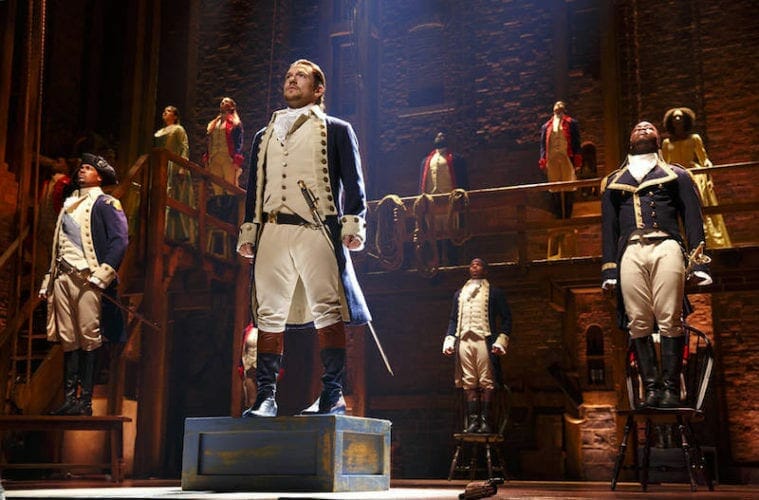 Updated: “Hamilton” stop at the Fox Theatre is now rescheduled for August–September

Broadway in Atlanta, which earlier this week postponed its March–May run of Hamilton at the Fox Theatre, has rescheduled the groundbreaking musical for August 4–September 6.

The moves were made in accordance with Atlanta Mayor Keisha Lance Bottoms’ COVID-19 stay-at-home order. The order began March 24 and, for now, is scheduled to be in effect until April 7.

All Hamilton tickets for the earlier run will be honored for the new dates. Broadway in Atlanta subscribers who have tickets and can’t make the new performance date should call 800-278-4447 or email AtlantaHamilton@BroadwayAcrossAmerica.com no later than Friday, April 10. Fox Theatre purchasers should call 855-285-8499 or email the Fox ticket office at boxoffice@foxtheatre.org, again no later than April 10. Broadway in Atlanta advises that phone wait times may be long.

Anyone who bought tickets through a third party needs to contact the point of purchase for options.

To accommodate the new Hamilton dates, the musical Ain’t Too Proud: The Life and Times of the Temptations, scheduled for August 18–23, will be moved to later in the 2020–21 season.

Broadway itself remains shut down, as it has been since March 12, with no plans yet to reopen. National tours also are dark. In addition to Atlanta, the North American tour of Hamilton has postponed visits to Jacksonville, Florida, and Toronto.

As it was in a shorter 2018 visit, Lin-Manuel Miranda’s masterpiece is expected to be a rainmaker for the 4,665-seat Fox Theatre. The Broadway original, now in its fourth year at the Richard Rodgers Theatre, earned the Pulitzer Prize for Drama and 11 Tony awards, including for best musical and Miranda’s book and score.

In his review of the 2018 production, ArtsATL cofounder Pierre Ruhe wrote: “When it first caught Broadway’s attention in 2015, Hamilton was hyped as the musical where the Founding Fathers were portrayed by men of color, dancing and rapping to a hip-hop beat. That turns out to be just one remarkable aspect. In Miranda’s view, American divisions of high/low, black/white and Anglo/immigrant are blurred or ignored altogether. Biggie Smalls, Shakespeare, Beyoncé, Gilbert & Sullivan, Grandmaster Flash (and a dozen more references I didn’t catch) all get a nod of literary and musical appreciation.”

Meanwhile, for those in need of a Hamilton fix, we offer this: