Rita Dove’s “The Darker Face of the Earth” upends the familiar cliches of American slavery, re-examining the plantation South through a retelling of the Oedipus myth. But the Essential Theatre’s regional premiere of Dove’s poetic and impressionistic work, first performed in 1996, struggles with too many ideas and characters and half-realized stories.

Sophocles’ Greek tragedy is recast into a provocative tale of sexual passion between a white plantation mistress and a black male slave. But this upheaval of ancient racial taboos turns tame — often as cloyingly melodramatic as a moonlight-and-magnolias rendition of plantation life. Major moments swerve into confusion. 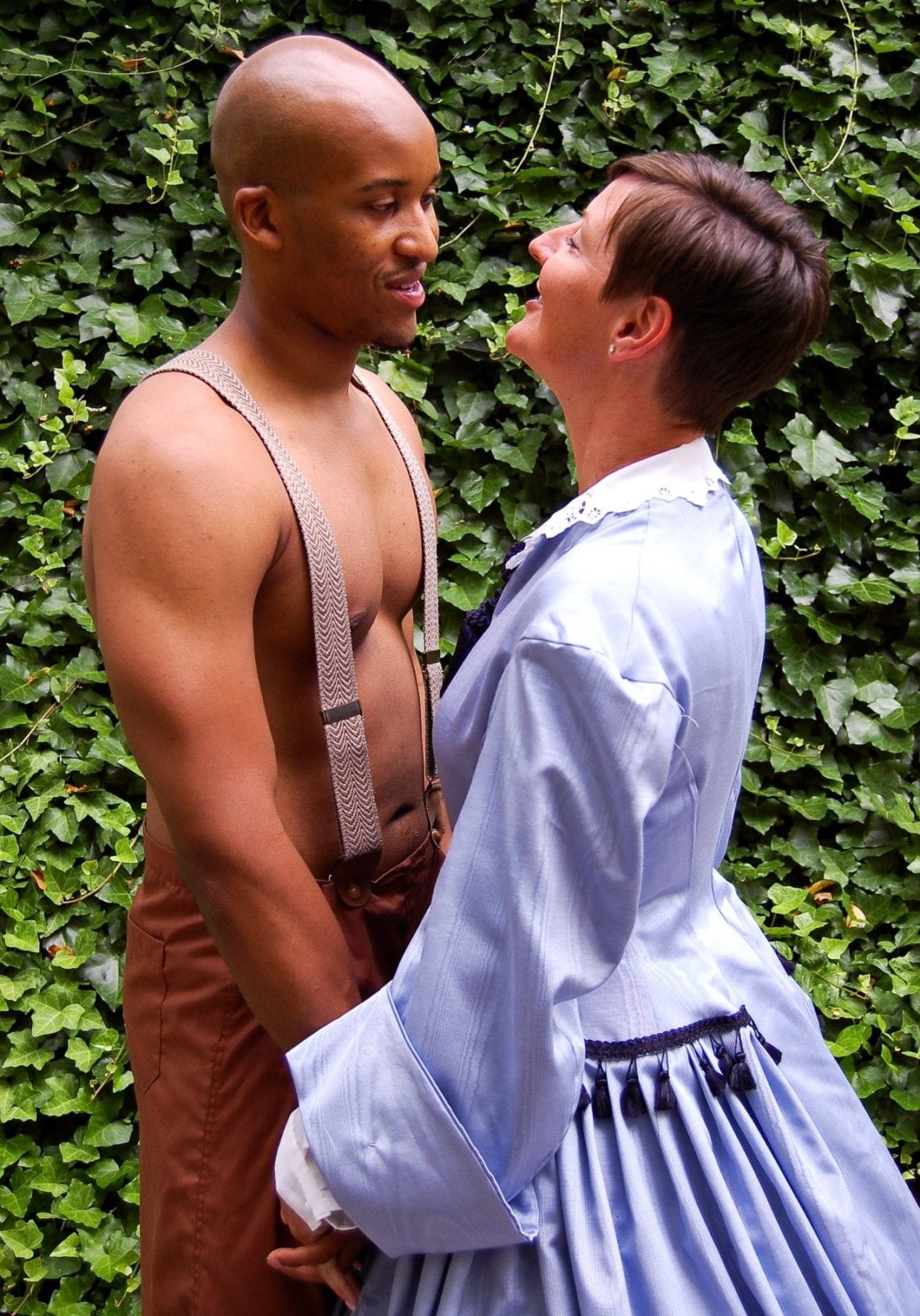 Rising above these spots of inertia is a strong source of excitement and energy: the play’s dynamic look at the world of slaves. It feels like two separate plays, one worn and tedious, the other fresh and pulsing with life. The production continues through August 9 at Actor’s Express — along with Peter Hardy’s “Sally and Glen at the Palace,” opening July 15, and Gabriel Jason Dean’s “Qualities of Starlight,” opening July 22.

The dragging elements occur mostly in the plantation home’s interior, which takes up the back part of the stage. It’s the domain of Amalia, whose relationship with a young slave forms the backbone of the Oedipus archetype. Dove is one of our most distinguished poets, a former U.S. poet laureate and a Pulitzer Prize winner. Nevertheless, in the clunky love scenes in Amalia’s parlor, she reveals a weakness with basic romantic dialogue.

Dove’s poetic gifts are better displayed in the rousing, visually arresting scenes depicting the slaves’ lives, which unfold at the front of the stage. Breaking through well-crusted cliches and outdated images, the slaves are three-dimensional human beings, with depths of creativity and initiative overcoming their backbreaking labor picking cotton. Most of the male slaves strut across the stage without shirts, their rippling pecs and abs denoting a natural ease with their bodies that the weak and unadmirable whites lack. Yep, there’s an evil overseer, with a big Stetson hat and a whip. 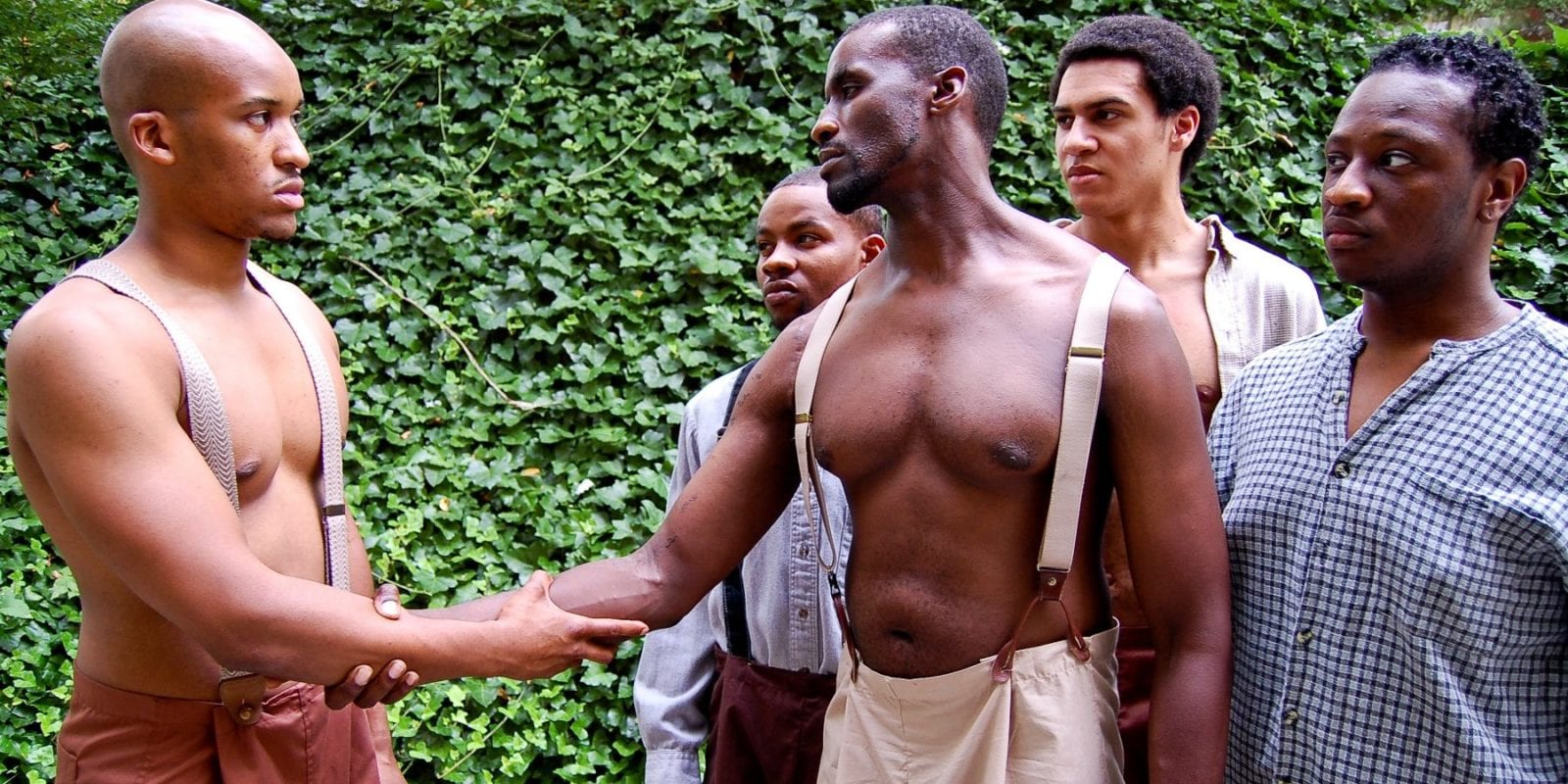 The imaginative skill of director Betty Hart, along with movement coach Brenda Porter, shines brightly when the slave community — the play boasts 18 characters — comes together for the magical, show-stopping funeral. The ceremony gains emotional power from African and Christian ritual and the beauty of American spirituals. The cast’s a cappella singing gives the production a lovely, haunting undercurrent. Echoing the convention of Greek tragedy, the community frequently assumes the role of a foreboding, conscience-like chorus.

Oedipus is here called Augustus, purchased by Amalia despite his reputation as a rebellious slave who has survived numerous beatings. Raised by the captain of a slave ship, Augustus has been taught to read and write and has traveled the world. He stirs the slaves’ desire for freedom with exhortations about the 18th-century Haitian slave rebellion. At the end, Augustus and Amalia discover to their horror that he is her son, taken away at birth amid the scandal of Amalia’s love for the slave Hector.

As Augustus, Kenneth Camp delivers a winning performance, ably blending artistic sensitivity with masculine charisma. His vitality shines through even in the unconvincing love scenes with Amalia, who is played with an uninspired mix of winsomeness and haughtiness by veteran Atlanta actress Sarah Onsager. Augustus’ shy attraction to the intellectually curious, emotionally awakening slave Phebe offers more dramatic interest than the affair with Amalia. Enisha Brewster discovers engaging and surprising emotional layers in Phebe’s growth from awkward girl to powerful, resourceful woman. In the production’s most memorable moment, Brewster delivers a passionate evocation of love and beauty that fully achieves Dove’s poetic vision. A luminous scene.

Camp also participates in another striking scene, the killing of Hector, driven by heartbreak (over the loss of his infant son) to live a savage life separated from the community. Augustus’ accidental killing of Hector, who he doesn’t realize is his father and Amalia’s first suitor, achieves the full dramatic power of the Oedipus story. But the play finishes with old-fashioned, stagy enactments of violence, more farcical than tragic. The slaves leave their fields and smash through Amalia’s realm, their vital energy at last overwhelming the parlor’s decadence.