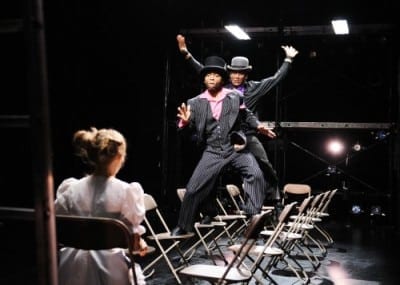 Feed your head, indeed. “Lookingglass Alice,” a surreal version of Lewis Carroll’s evergreen “Alice in Wonderland” books that is playing at the Alliance Theatre through May 2, is trippier than the audience at a San Francisco be-in in 1968. And about as coherent.

Just as Alice wanders far and wide, so too does this show, which is OK for older kids but may bore or scare (or both) younger ones. Like the original books, it’s less a real narrative than a series of encounters, some of them amazing and some more of a big goof. Even if you find it self-indulgent at times, there’s no denying this is theater that takes big risks and offers big surprises. There were parts of the show where I couldn’t tear my eyes away from what was happening, and times where I was checking my watch.

“Lookingglass Alice” was created by Chicago’s Lookingglass Theatre in 1988, the brainchild of David Catlin. His big idea was to fuse the physically demanding circus acrobatic moves and dream-like elements of Cirque du Soleil with good old-fashioned theater, in this case a Victorian story that is full of weirdness with clocks, chess and wordplay. So when Alice goes down the rabbit hole, she does so more literally than usual, shimmying through a hula hoop suspended above the stage. To make this work, the Alliance’s usual stage space has been transformed, studded with trap doors, sliced in half with trick special effects and then put back together.

As Alice, Lindsey Noel Whiting is the perfect combination of actress and acrobat, whether she’s mourning the demise of Humpty Dumpty or soaring high above the stage on a series of looped ropes that she turns into a giant swing. Even if you’ve seen a few Cirques, watching an actor perform these breathtaking mid-air arabesques at the usually stagebound Alliance makes them a little more wondrous. 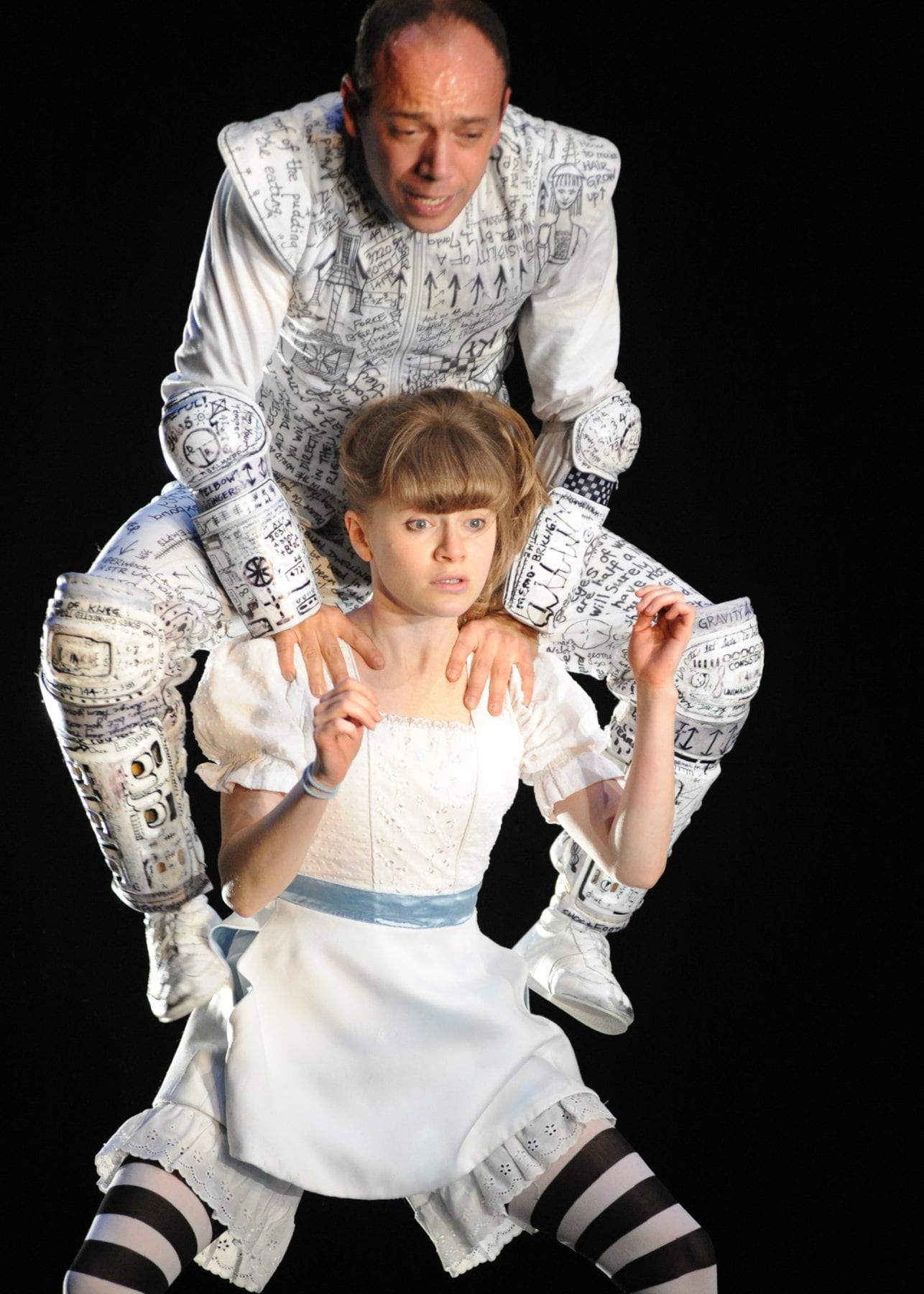 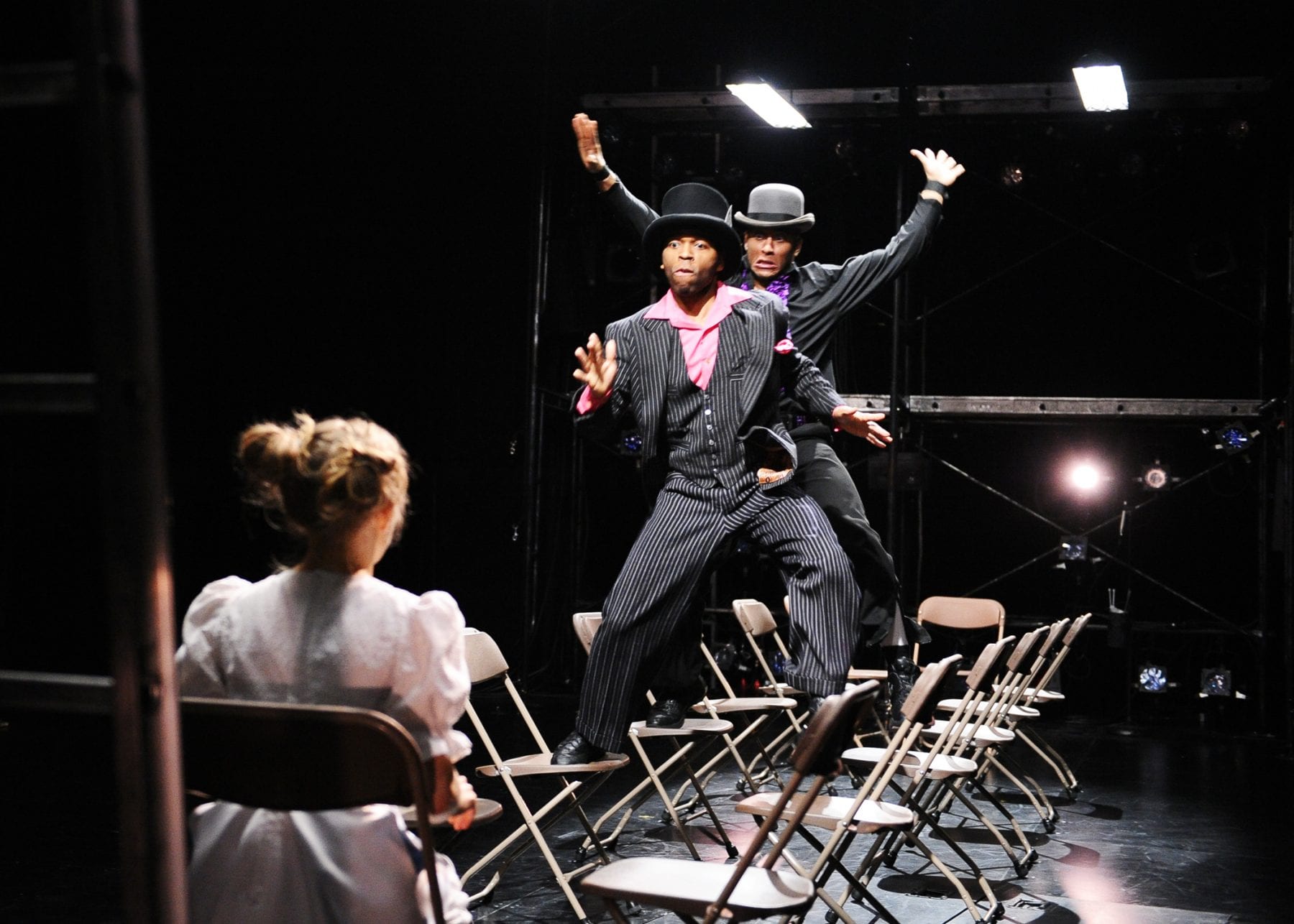 In the program notes, Celise Kaye writes that Lookingglass Theatre is into “exploring without being literal, digging deeper without commenting.” After it was over, I walked out into the Woodruff Arts Center’s piazza on a warm spring night. Some of the people spilling out behind me seemed puzzled by what they had just seen. I looked across Peachtree Street, where the High Museum had hung banners promoting its upcoming show on Salvador Dali. He was smiling. Maybe he got it.