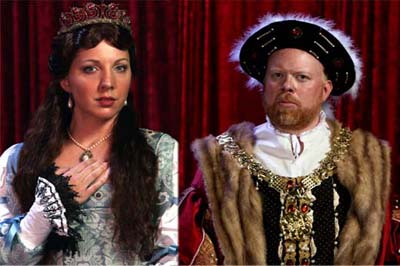 “Anne of the Thousand Days” is remembered now mainly as a juicy 1969 movie costume drama, with Richard Burton as King Henry VIII and a young Genevieve Bujold as Anne Boleyn, waging verbal battle. But before that it was a play by Maxwell Anderson, first mounted in 1948. The New American Shakespeare Tavern has dusted off the play and put it in repertory with Shakespeare’s rarely performed “Henry VIII,” a move that turns out to be better as concept than reality. 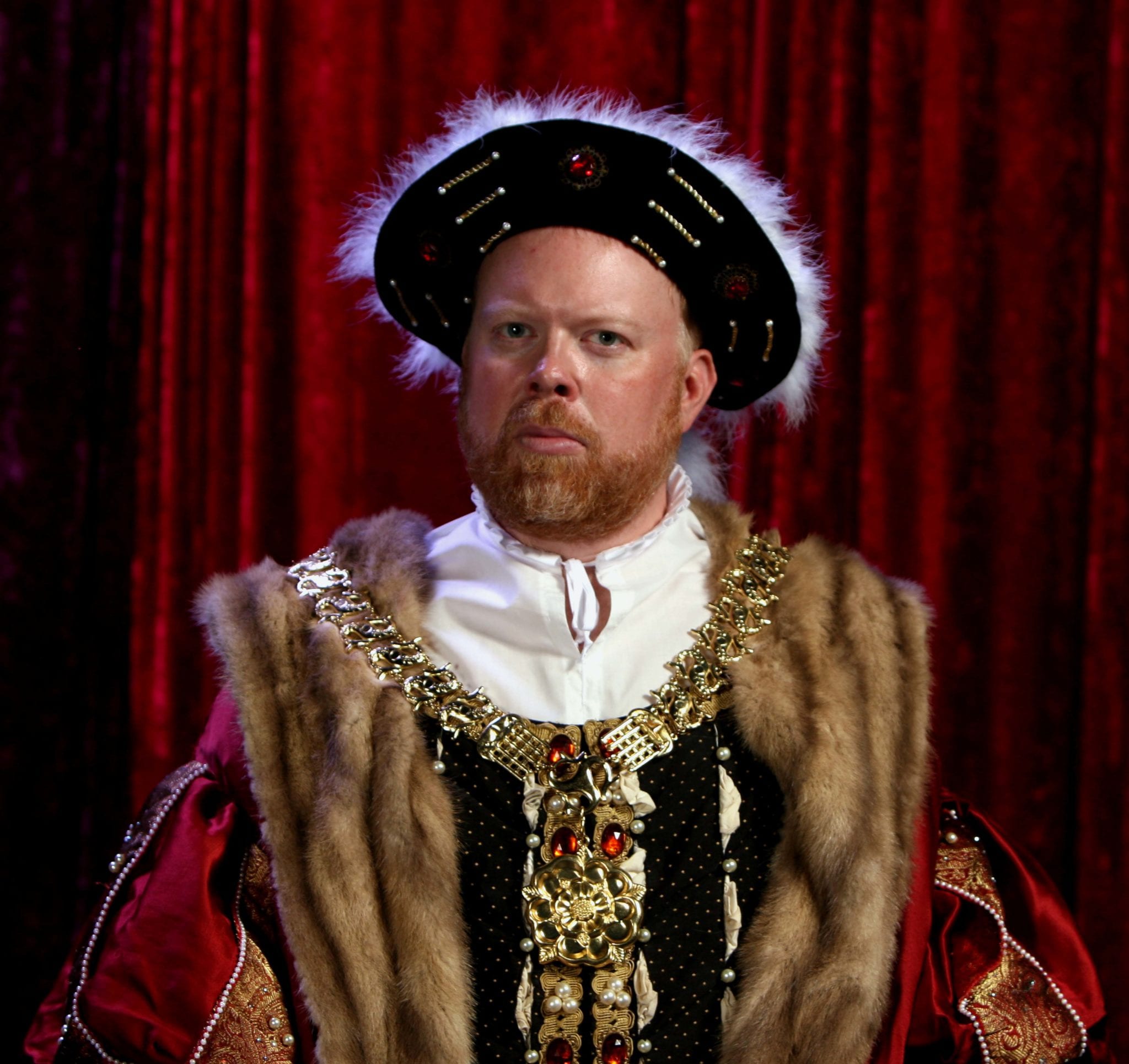 You can’t ask for more interesting characters. In “Anne of the Thousand Days,” Henry VIII reigns at a time when “the divine right of kings” still carried a little weight. He is monstrously willful and self-absorbed, but also a true romantic who yearns for love, not just conquest. (He shows the dangers of the genuine “incurable romantic.”) Tired of his current queen and seeking a son as heir (and while he’s at it, a younger mate), he stops at nothing to woo Anne. She turns out to be even stronger-willed than he, and as history has recorded, no one lived happily ever after.

Anderson is capable of sharp lines: “You make love as you eat,” Anne spits at Henry, “with a good deal of noise and no subtlety.” (Some of the dialogue was actually a bit racy for 1948.) And some scenes still work, particularly when Anne and Henry are alone, in separate chairs and solo spots, looking back on their mistakes. But there is also a lot of turgid speechifying to plow through, and some scenes that haven’t aged well, such as parts of the melodramatic climactic scene when Anne is tried for adultery to justify her pending execution. The play feels longer (two and a half hours) than it need be, and on the night I saw it, when the house lights came up at the end of the lengthy Act 1, there was a noticeable murmur of relief in the audience. 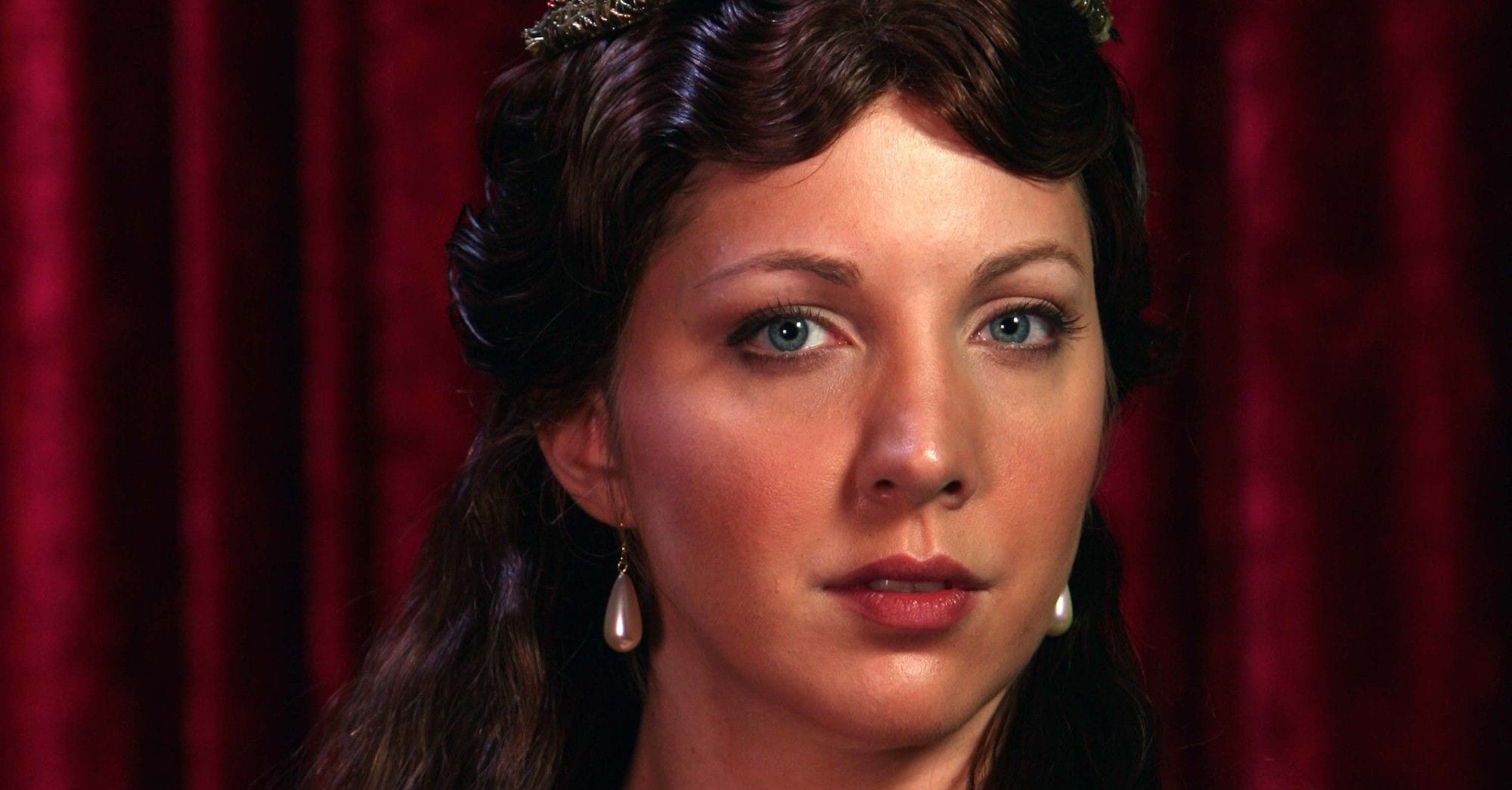 In an uneven play, it’s no surprise that the performances are uneven as well. Anne needs to project some powerful sex appeal so that we see why Henry is attracted to her, but Mary Russell’s Anne, while emotionally complex, never registers as the flirtatious sweet young thing who made a monarch go a little nuts. As a result, his obsession with her is something he talks about more than something we understand. Troy Willis fares a little better as Henry, frequently projecting the necessary animal presence, as well as the narcissistic self-pity he allows himself. It’s easy to love the lip-smacking eeeeevil of Cardinal Wolsey as played by J. Tony Brown, but he’s really just a Disney cartoon villain in a play with greater ambition than that.

A postscript, for what it’s worth. Even though I was frequently underwhelmed while “Anne” played out, on the way home my wife and I had a spirited discussion about the play, and particularly the complex, shifting power dynamic between Henry and Anne. There are reasons why this doomed marriage speaks to us across nearly five centuries, but the play, or the production, needs to step a little more lively as it explores them.