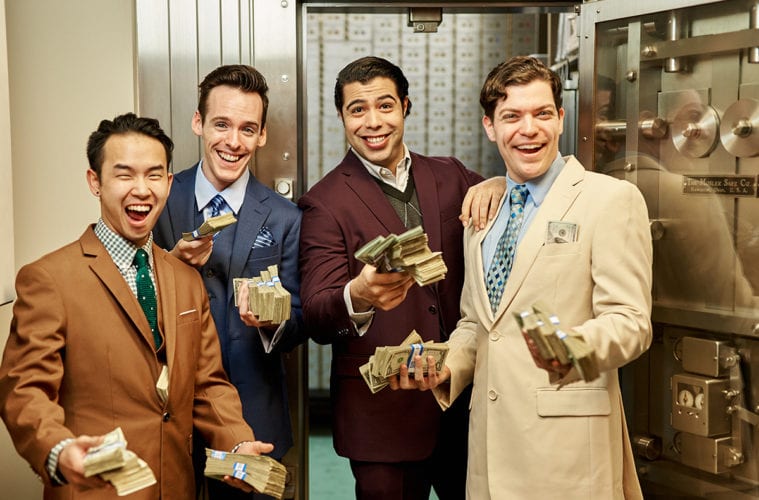 Relapse Theatre, Good, Bad Stories Throw away everything you know about show-and-tell and get into this hilarious story swap. A cast of comedians write wacky stories and swap them right before the show for a hilarious cold read each time! Featuring local comics Francisco Breton, Mark Michael, Melissa Mcgrath and more. Only on March 7.

Uptown Comedy Corner, Derek Gaines Last seen on the TBS comedy The Last O.G. alongside Tracy Morgan, Gaines will do three shows this weekend in Atlanta. His first break came when he reached the semifinals of Bill Bellamy’s Who’s Got Jokes in 2010, and his comedy brings a unique perspective to growing up African American in the suburbs. Gaines is a cast member of MTV’s Joking Off and the cohost of MTV’s Broke A$$ Game Show. March 8–10.

Aurora Theatre, Men With Money In this world-premiere musical, Louis, Max and Sonny are charming, young and eligible bachelors looking to marry their way from rags to riches. It’s the 1950s in Manhattan, and two of the leads are looking for husbands in this new musical that feels like an ode to the Golden Age of Broadway. Through April 7.

True Colors Theatre, Skeleton Crew Playwright Dominique Morisseau has dubbed herself the scribe of Detroit, and she returns to the True Colors stage with her hit play about the impact of the 2008 recession on the automotive industry. Skeleton Crew follows four auto plant workers at a crossroads as the world around them is changing. This timely drama is told from the perspective of the people hardest hit by the economy. Through March 10.

Theatre du Reve, Code Noir Performed in French with English supertitles, this is the first Theatre du Reve production featuring a story from the French-speaking African diaspora. Code Noir: Les Aventures du Premier Comte de Monte Cristo (Black Code: The Adventures of the First Count of Monte Cristo) tells the story of General Alex Dumas, one of Frances’ most celebrated generals. Thandiwe DeShazor, who Atlanta audiences will recognize from the Actor’s Express productions of Angels in America and The Legend of Georgia McBride, stars in the title role. Through March 10.