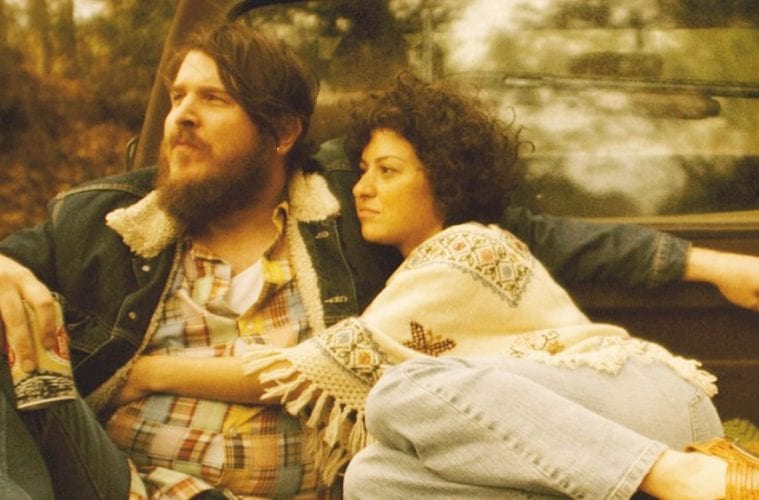 I first heard the song “If I Could Only Fly” on the jukebox at a little joint in Carrollton while I was in college. A friend had promised to play me the best cry-in-your-beer country song ever recorded, a very tall order. The song started with the sad strum of an acoustic guitar and then came one of the deepest, most lonesome-sounding voices I’ve ever heard. He sang about the ache of longing for a woman lost for reasons never specified. If he could only fly, he could be with her and everything would be all right; yet here he was, so drunk he could barely stand, much less fly.

My friend played the song four times in a row, and, yeah, he was right — “If I Could Only Fly” was easily one of the best country songs I’d ever heard. He explained the singer was Blaze Foley. Blaze had grown up in Carroll County and now lived in Austin. The record happened to be on this particular jukebox because Blaze had written the song for a waitress who had worked in that bar. Of course, little of that turned out to be true, but I would learn it was part of the mythology of Blaze: he was this mysterious figure, and no single person seemed to know more than a slight part of his story.

I got to know Blaze fairly well a couple of years later when I became the afternoon bartender at that little joint. Blaze came into town from Austin to stay for a month or so with friends. His main crash pad was next door to the bar, and I was prone to give free beer to the person who’d written and sang my all-time favorite country song. Blaze spent many an afternoon sitting with me in the quiet bar, trading banter about music and life. And I felt genuine loss when I found out in 1989 that he had been shot to death in Austin at the age of 39. 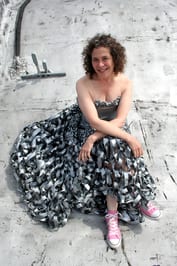 So it was a slightly surreal experience to watch Blaze, the new film directed and cowritten by Ethan Hawke, which opens this weekend in Atlanta and has already been called “the best bio-pic of the year” by Rolling Stone. A large part of it is set in Carroll County, with characters I know from real life — including Sybil Rosen, his muse and the love of his life and the cowriter of the film.

In reality, “If I Could Only Fly” was written for Rosen. She met Blaze at an artist colony at Banning Mill outside Whitesburg in the seventies, and they fell in love. For a time, they lived together in a treehouse deep in the woods, where he began to develop his skills as a songwriter. Their wedding ceremony involved country tradition of jumping over a broom together.

Blaze digs deep into the Blaze I knew, and also the Blaze I didn’t know. When he was sober, Blaze was soft-spoken, kind and gentle; when he was drunk — and he was drunk often enough that Lucinda Williams wrote a song about him after his death called “Drunken Angel” — he could be loud and belligerent and plain nasty. Blaze was like no one else I’ve ever known. He did a spot-on Kermit the Frog imitation. His clothes and boots were covered in designs that he’d made from duct tape. He was homeless and jobless and an alcoholic for most of his entire adult life. And he crafted songs that still resonate 30 years after his death.

When he died, Blaze was a singer-songwriter whose career was only noteworthy for being so unnoteworthy. Despite a wealth of talent, Blaze was adept at self-sabotage to the point he never released an album during his lifetime. But Willie Nelson and Merle Haggard discovered “If I Could Only Fly” and recorded it as a duet. Then John Prine recorded Blaze’s song “Clay Pigeons” and talked about how he wished he’d written it. And Townes Van Zandt, his close friend, wrote “Blaze’s Blue.” In death, Blaze remained fairly obscure, but his music began to gain traction that it never had during his lifetime. 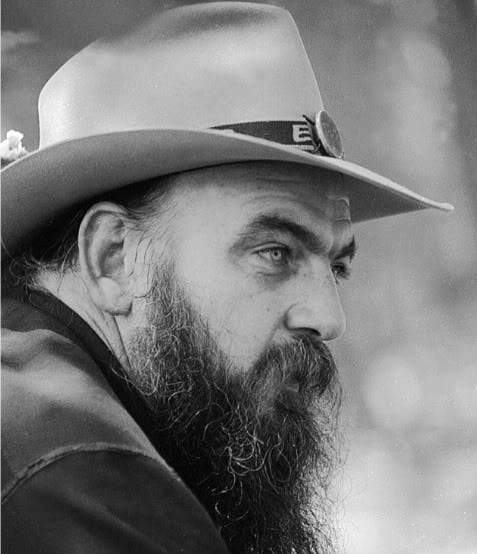 Blaze is based on Rosen’s book Living in the Woods in a Tree: Remembering Blaze Foley (2008, University of North Texas Press). Rosen will be at the 7 p.m. screenings Friday and Saturday at the Landmark Midtown Art Cinema and will answer questions from the audience after the movie. (Be sure to read ArtsATL film critic Steve Murray’s review of Blaze.)

She resides in Carroll County on the banks of the Chattahoochee River about 30 miles southwest of Atlanta, and I recently caught up with her to talk about the movie, life living in a treehouse and the legacy of Blaze Foley.

ArtsATL: How did Ethan Hawke stumble across Blaze Foley and decide to do a movie about him?

Sybil Rosen: Ethan had loved Blaze’s music and his story for a long time. He wanted to make a movie about Blaze with his 6’4″ friend, Arkansas-born musician extraordinaire Ben Dickey, who had originally introduced Blaze’s music to Ethan. But he didn’t know what the story would be. He went to Austin looking for information about Blaze and talked to Louis Black, founder of The Austin Chronicle and South By Southwest, and also a tremendous champion of my book. Louis said to Ethan, “Have you read Blaze’s wife’s book?” Ethan said, “Blaze had a wife?” Louis replied, “Well, sort of.”

ArtsATL: How did he reach out to you? Did he call one day out of the blue? Did you think someone was pranking you?

Rosen: Louis emailed me: Ethan Hawke is interested in your memoir, may I give him your email address? I wrote back something like, “Are you fucking kidding me?” Ethan wrote to me a beautiful, heartfelt letter. He said his intention was to push the music forward. I loved that so much. He also said he would not be making a slick expensive movie about a homeless, duct-taped musician. I also loved that, and I felt that Blaze would too. We talked on the phone. I told him I thought he was Blaze’s best shot. He asked me to help him make the movie. In a way it didn’t seem quite real to me, and yet I instinctively trusted it. As fucked up as things can be with Blaze, there is also a way in which the right things seem to always fall naturally into place.

ArtsATL: You and Blaze lived in a treehouse in Carroll County at a time when he was just beginning to blossom as a songwriter. What were those times like for you?

Rosen: Being a witness to Blaze’s transformation into a songwriter was one of the sweetest, most exciting and meaningful experiences of my life. I felt a bit like a midwife and also incomparably lucky. 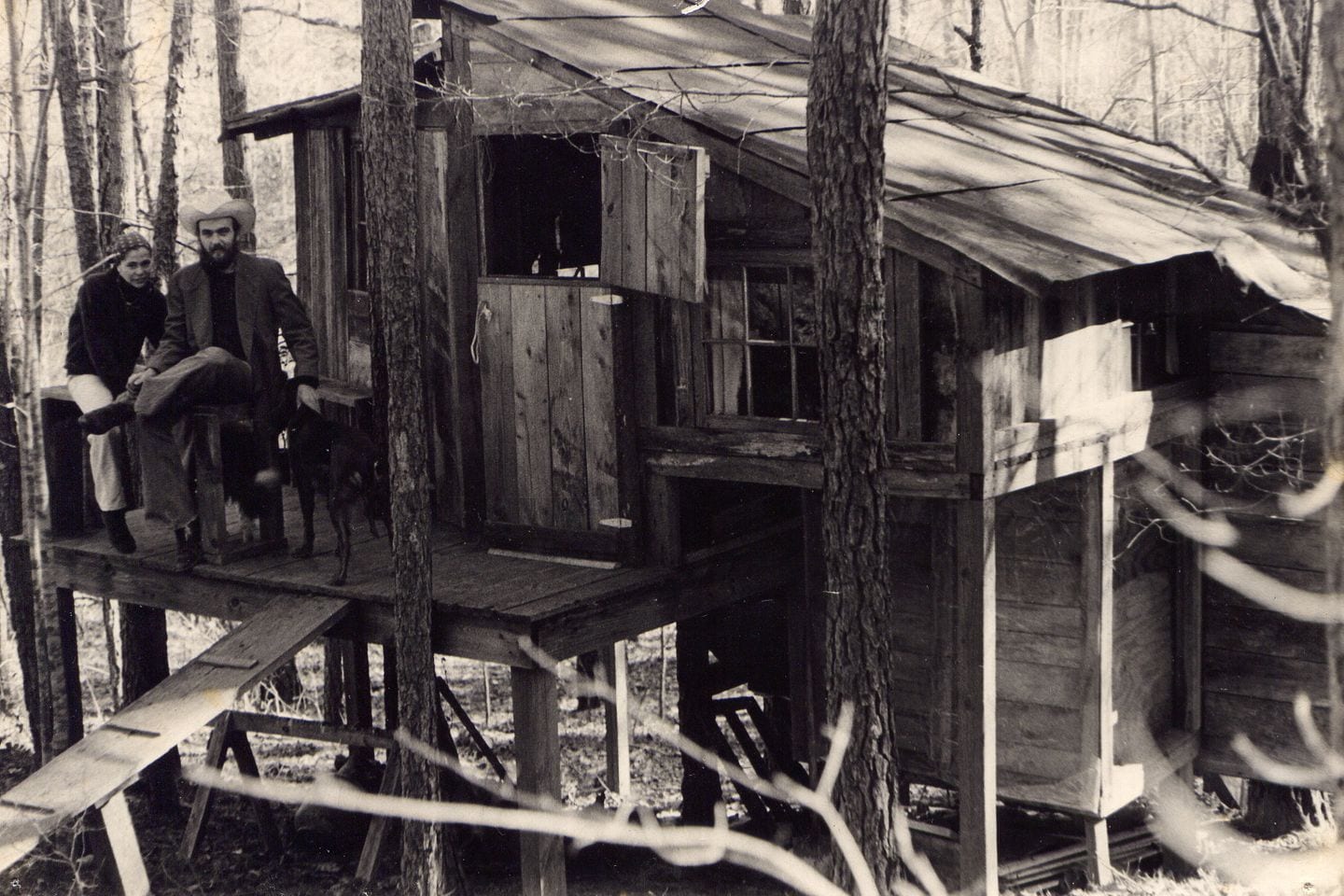 Sybil Rosen and Blaze Foley at the treehouse in Carroll County where they lived. (Photo by Michael Boyle/Courtesy Sybil Rosen)

ArtsATL: You were heavily involved in creating the film. What was it like to be on the set and watch an actress and realize: wow, she’s playing me?

Rosen: I was on the set for the entire shoot and so grateful to be able to contribute my perspective, and my love. Watching Alia Shawkat take up my part of the story was incredibly moving. She is such a good actress, and she brought a resilience to the role that I did not have back then. It was almost like seeing myself healed. At the same time, there was a surreal quality to the experience, like a dream where there is someone in it who isn’t exactly you and yet you know it is you.

ArtsATL: How emotional was it to see the film for the first time, watching your life unfold on a movie screen?

Rosen: The first time I saw the movie on the big screen was at its premiere at Sundance in January. It blew me away. I was overwhelmed by its visual beauty and emotional power. And the music is so true and beautiful. My heart pounded for the entire 206 minutes. I thought, oh shit, I’m going to have a heart attack and die right here at the premiere and that will become part of the legend too.

ArtsATL: Blaze is getting some amazing reviews. What is it about his music that touches people? And how gratifying is it that the world is finally discovering the songs of Blaze Foley?

Rosen: What is so powerful about Blaze’s music is its honesty and simplicity. Blaze’s voice had a tremendous emotional vitality and directness. It could weave a spell. People feel as if he is singing directly to them personally. I can’t tell you how many people have written to me to tell me that Blaze’s music saved their lives. They feel like they know him and that he knows them. It’s intensely gratifying and still a little unbelievable that I’ve been able to play a part in bringing Blaze’s music to a larger audience. And in doing so, I have been given remarkable artistic opportunities. So in a way, it feels as if we are still taking care of each other.