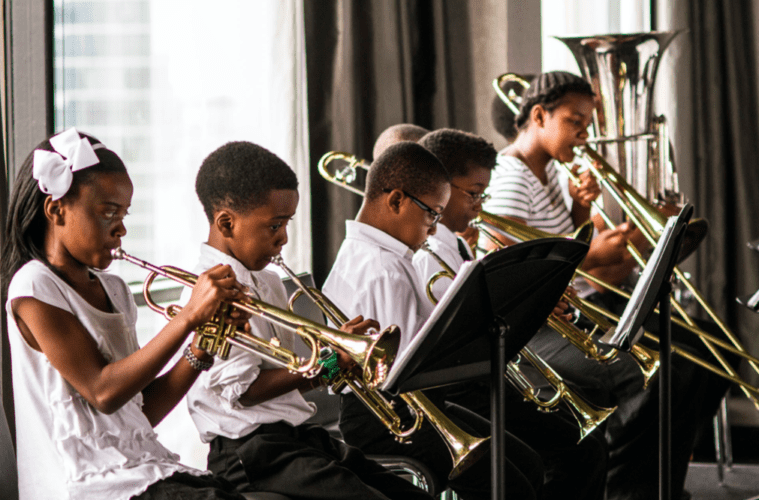 Nearly 100 percent of last year's seniors at the Atlanta Music Project moved on to college.

The Atlanta Music Project has received $50,000 from the Lewis Prize for Music. The philanthropic organization was created in 2018 by arts patron Daniel R. Lewis to offer long-term and single-year support to creative youth development programs in marginalized and under-resourced communities.

The Atlanta Music Project, one of 194 organizations to apply for the grant, meets the criteria of using music as an outlet to keep children healthy, expressive and engaged. It made the cut when a group of external arts leaders narrowed the field to 21 candidates. Ultimately, eight finalists were chosen to share more than $2.1 million in three categories. 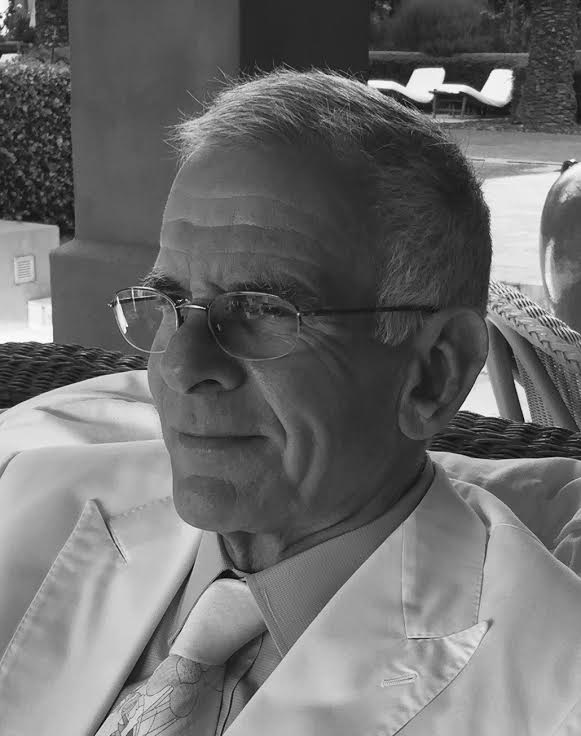 Rameau is especially inspired by his benefactor’s inclusive approach to recognizing the value of a multitude of genres — from folk to hip-hop and indigenous to experimental music — as a means of engaging children on many frequencies.

“Around the world, we have built a tremendous amount of infrastructure around a very narrow band of music-making that tends to be classical, Western-oriented or choral music,” says Dalouge Smith, Lewis Prize Foundation CEO. “Even the music industry’s support of popular music tends to provide a narrow bandwidth. But what we’re seeing is that great music-making in every genre and idiom gives voice to young people’s experience and encourages self-agency.”

In an ideal world, public school districts would offer quality music education, which benefits a child’s cognitive and emotional development. A 2008 National Endowment for the Arts report, however, found Black and Latinx students had less than half the access to arts education than their White peers. Lewis is working to fill in the gap by encouraging more investments from philanthropists and municipalities.

“Dan Lewis is passionate about music, and he is passionate about kids,” Rameau says. “During his virtual site visit in the final round of consideration, he lit up the most when our students were either speaking or performing on camera. The meat and potatoes of the Atlanta Music Project will always be music. But while we have the time and trust of our students and families, we feel there are skills we can embed to get kids to think of themselves as college material, prepare them for the rigors of higher education and help them overcome financial barriers. Dan understands our holistic approach and the Lewis Prize allows us to take it a step forward.”

The college enrollment rate among last year’s project seniors was more than 99 percent, and Rameau says Alivia Carter shows how much territory a child can cover when given a road map and resources.

Carter was in the fifth grade when she, two younger sisters and their mother crossed paths with Rameau eight years ago as he recruited students in Perkerson Park. All three girls committed to learning an instrument, and Alivia excelled on double bass. She went to All-State and was named one of the best bass players for her age group in Georgia. She subsequently performed in Los Angeles, Mexico City and Aspen, and has played under the baton of maestro Gustavo Dudamel, music & artistic director of the Los Angeles Philharmonic and an alum of El Sistema, a 45-year-old Venezuelan music project that was a forerunner of Atlanta’s. Today, Carter is majoring in film studies and minoring in music as the inaugural recipient of the project’s endowed scholarship at Clayton State University. 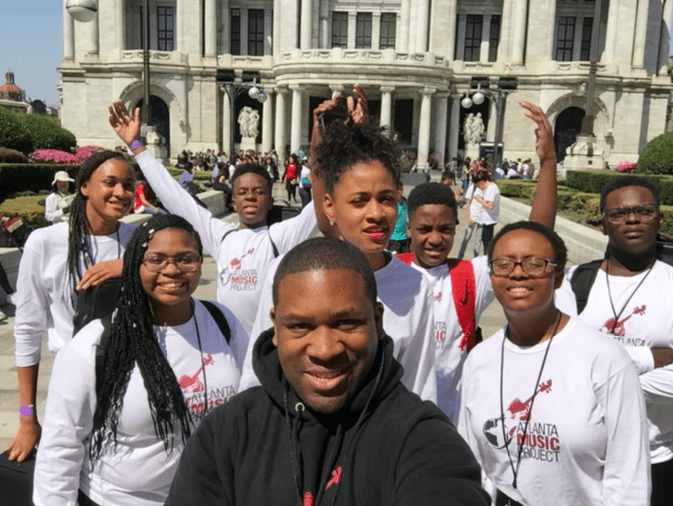 Dantes Rameau (center) founded the Atlanta Music Project and traveled with his students when they performed in Mexico City in 2018.

Rameau takes tremendous pride in success stories like Carter, and admits that his students aren’t the only ones who grow and evolve through music education.

“I used to have very strong convictions about how to get things done,” Rameau says. “But I’m now more inclined to ask teachers, staff, students and parents for their input. I’ve learned to consider what makes people tick and the collaborative approach has made me a more relaxed, understanding and emotionally intelligent leader. Today, I’d describe my leadership style as less of a blow-dryer and more of a church fan.”

According to Lewis, the Atlanta Music Project stands out among peer organizations for how it has not closed or slowed down but stepped up its services during COVID-19. He considers the organization an unparalleled resource for communities in moments of joy and moments of crisis. And he saves his highest ovation for Rameau.

“Dantes has such a clarity of purpose, clarity of character, clarity of values and clarity of intentions,” says Lewis. “First and foremost, clarity is such a fundamental characteristic of making great music — and that’s what makes him such a great musician. But he applies that clarity to his whole self, which means he applies it to all his relationships.”