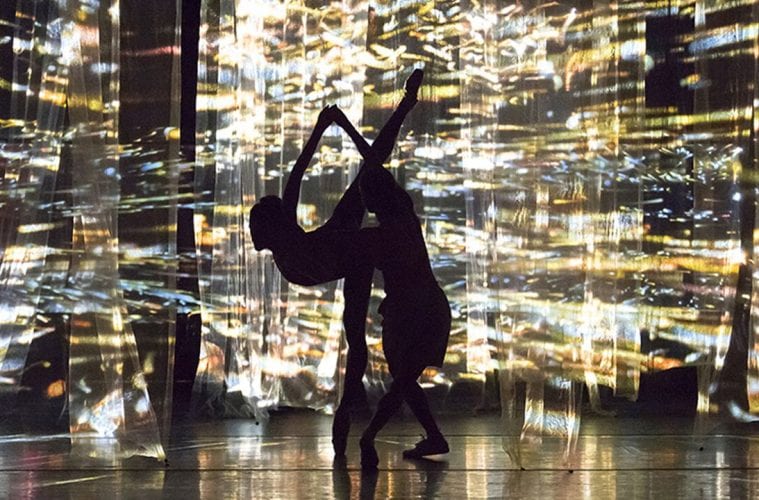 After a successful October run of the show fall-en outdoors at Serenbe, Terminus Modern Ballet Theatre’s fall season continues this Friday through Sunday with Troy Schumacher’s Translation at the Westside Cultural Arts Center. The piece is a departure for Terminus, with a sci-fi motif and the use of silhouettes and textured lighting.

An Atlanta native, Schumacher studied at Atlanta Ballet’s Centre for Dance Education when some of the Terminus cofounders were star dancers at that company. In fact, the first piece Schumacher ever choreographed was composed on Heath Gill, who now dances and choreographs with Terminus. Schumacher joined New York City Ballet in 2005 and was promoted to soloist in 2017. In the intervening years, he began to choreograph and also formed his own performance group, BalletCollective.

Translation, which was originally made for BalletCollective’s New York season in 2017, will be reworked and expanded for Terminus. Schumacher commissioned an essay from cult science fiction writer Ken Liu to inspire his choreography. The piece features an original score by Julianna Barwick and a set design by Chilean designer Sergio Mora-Diaz. Audiences — if you can get a ticket — can look forward to seeing these highly skilled dance artists morphing, adapting, interpreting, converting and transforming in an effort, writes Liu, to “weave us into one constellation called Humanity.”