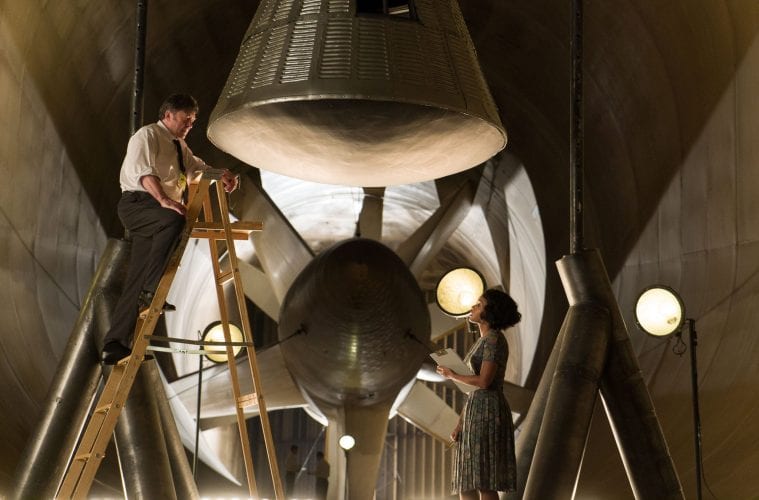 Mary Jackson lowers her eyes, though only for a second. “If you were a white male,” a higher-up asked her, “would you wish to become an engineer?” It is the year 1961. Every NASA employee stationed at the Langley Research Center in Hampton, Virginia must help achieve the impossible: launch the first American to orbit around Earth. But at this moment, as a Black female mathematician of the civil rights era, Jackson must imagine a world where she never dealt with racism or sexism. “I wouldn’t have to,” Jackson says. “I’d already be one.”

You often cheer for Jackson, who became NASA’s first Black female engineer, while watching Hidden Figures. The Ted Melfi-directed film is a family-friendly retelling of the moments leading up to the late John Glenn’s 1962 space mission, though from the oft-ignored perspective of Jackson and her colleagues Katherine Johnson (Taraji P. Henson) and Dorothy Vaughan (Octavia Spencer) at Langley’s colored women-only wing. (Obituaries of Glenn, who died December 8, don’t mention how he personally requested that Johnson calculate the coordinates for his safe landing.) Last month, during an advance screening at Atlantic Station, Janelle Monáe, who takes on the role of Jackson in the film, made sure to introduce these women as “new American heroes.” 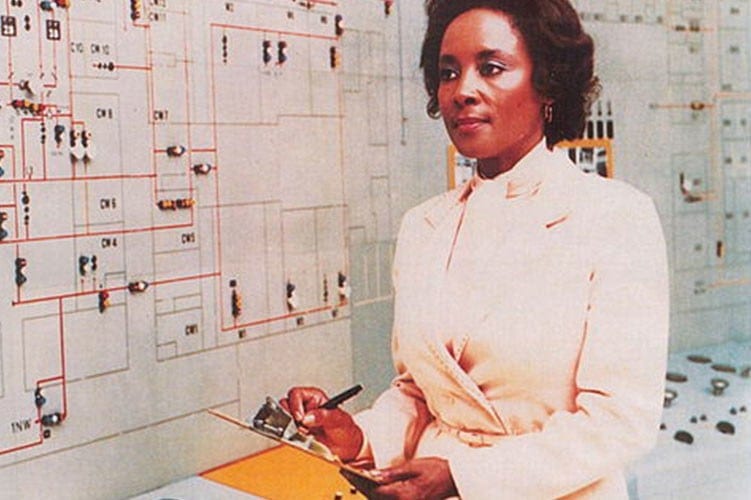 “In the same ways that we had George Washington Carver, we had Dr. [Martin Luther] King, or we had all the other men and women that we know about through history, these women, in my opinion, can stand right beside them,” she said the next day. “When they went to work every single day, dealing with institutionalized racism and sexism, they were dealing with discrimination and all of these horrible issues that tried to stop them from achieving their dreams and their goals. Still, they persevered and ultimately, they won that war. That act within itself is a form of heroism.”

The chief protagonist in Monáe’s albums, 2010’s The ArchAndroid and 2013’s The Electric Lady, is an android, Cindi Mayweather. She initially gained attention because of how Cindi’s world modeled after Fritz Lang’s 1927 dystopian masterpiece Metropolis — how her David Bowie-meets-Prince space-funk is meant to make you feel transported.

Yet to an extent, depicting what happened at Langley Research Center was a return home for Monáe. Following her big-screen debut in Moonlight, Hidden Figures was another chance for her to show what she learned at the American Musical and Dramatic Academy in New York. It was also filmed in Atlanta, where Big Boi and Puff Daddy discovered her. The old Georgia Archives building stood in for Langley. Other scenes were shot at Morehouse College, where Monáe often performed while forming her crew Wondaland Arts Society. I met Monáe the day after the screening at Spelman College, home to the Octavia E. Butler Society, which honors a chief influence of her music.

Since Jackson died in 2005, Monáe turned to Margot Lee Shetterly, who wrote the book on which Hidden Figures is based. She also spoke with Shetterly’s father, who worked at NASA among these women. She learned how Jackson took graduate-level math and science to be promoted from NASA mathematician (“computer”) to engineer. The film also shows how Jackson asked the city of Hampton for permission to take those courses at the still-segregated Hampton High. To watch Hidden Figures is to wonder whether societal progress will ever keep pace with technological progress — to hold your breath every time a Black woman enters a room often designated for white men.

During those scenes, Monáe remembered how many times someone told her to change her music, or her hair, to succeed.

“I think her feistiness, her fighting spirit, her tenacity, her resilience, and the way that she handled racism and sexism, would’ve been like how I would’ve handled it, honestly,” she says. “For me, it’s so much bigger than just myself. I’m standing up always for the rights of my sisters and us as Black women. She did the same thing. By petitioning and making sure that her voice was heard, you heard the collective voices of all Black women around the world, whose dreams became valid after she won.”

“When I was little, all of my scientifically-minded heroes were fake,” Burks said. “I did not know of any real living people that were doing these extraordinary feats of scientific thinking that look like me — people of color, women of color. . . . While we can get inspired by fictional characters, I think it’s important, and dare I say better, to be able to be inspired by real people of which are tangible and made contributions to our society. So I’m really excited these stories are finally getting told, even if they’re coming decades late.”

In Hidden Figures, Monáe portrays a woman who was actually here on Earth. But in this film, as in her past work, the sky is barely the limit.