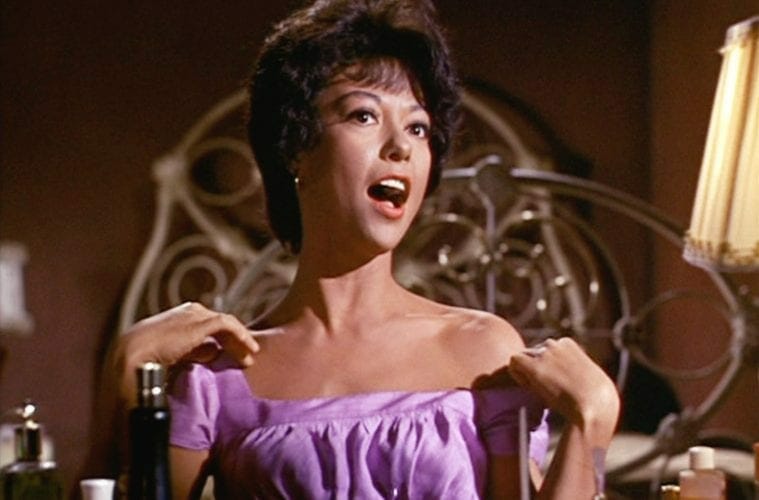 Rita Moreno (seen here in her Oscar-winning turn as Anita in 1961's "West Side Story) is the subject of the documentary "Rita Moreno: Just a Girl Who Decided to Go For It," screening at the Plaza indoors and out on January 29.

Atlanta moviegoers angling for the Sundance Film Festival experience can get it this week — in a sense — as the revered event goes online and on the road. With the specter of COVID-19 hovering, the Park City, Utah, fest will fulfill is 2021 mission with digital screenings open to the general public and a Satellite Screens program in 30 cities. 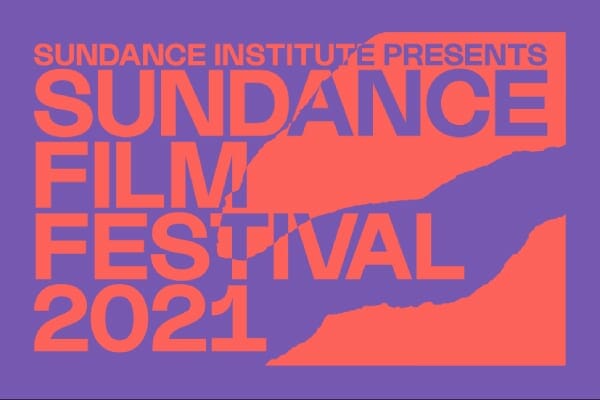 America’s most prestigious showcase for independent feature films and documentaries, hosted locally by the Atlanta Film Society, Plaza Atlanta and Dad’s Garage Theatre Company, begins Thursday and runs through February 3. Thirteen films will screen here, including Rita Moreno: Just a Girl Who Decided to Go For It and Ailey.

Sundance officials last spring watched as one festival after another was canceled or became virtual. By last summer, they knew they’d need a new approach and contacted a number of art houses as potential partners.

“It’s been a journey of several months of them figuring out what they wanted to do, what they can do and what meets the Sundance experience,” says Plaza Theatre owner Chris Escobar, who’s executive director of the Atlanta Film Society. 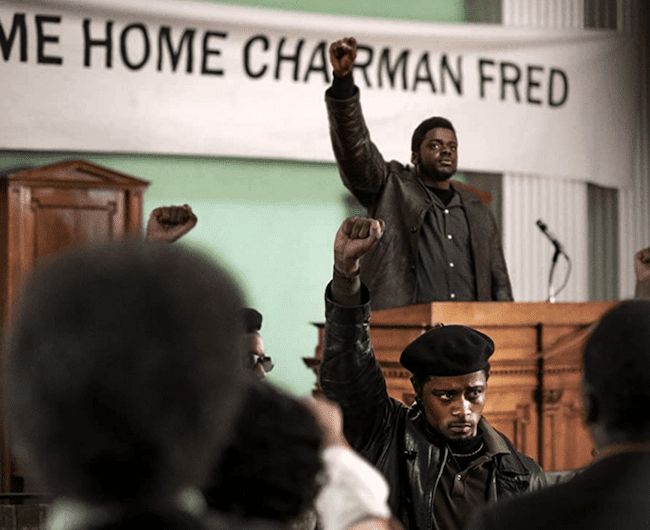 Daniel Kaluuya (at the podium) is Black Panther leader Fred Hampton in “Judus and the Black Messiah” screening February 1 at the Plaza indoors and Dad’s Garage Theatre’s drive-in.

In all, 13 films — all world premieres — will screen locally, including the newly added JUDAS AND THE BLACK MESSIAH (2021, 126 minutes), a biographical drama about Fred Hampton, chairman of the Illinois Black Panther Party. Chicago police shot and killed him in 1969 at age  21 after an FBI informant betrayed him. Black Messiah is earning Daniel Kaluuya (2017’s Get Out) Oscar buzz. Screening: 9:30 p.m. February 1. Plaza indoors and Dad’s Garage drive-in.

The drama CODA (2021, 111 minutes) opens the Atlanta screenings. The drama follows about a young woman (Emilia Jones), who’s the only hearing person in her family. She must decide whether to stay with her family or chase a love of music. Two screenings on January 28: 7:15 p.m. (Plaza indoors) and 7:45 p.m. (Plaza drive-in).

Other notable screenings, in chronological order:

RITA MORENO: JUST A GIRL WHO DECIDED TO GO FOR IT (2021, 90 minutes), a documentary that follows the Emmy, Grammy, Oscar and Tony Award winner from her early days in Puerto Rico to her successes on Broadway and in Hollywood. Two January 29 screenings: 7 p.m. (Plaza indoors) and 7:30 p.m. (Plaza drive-in). 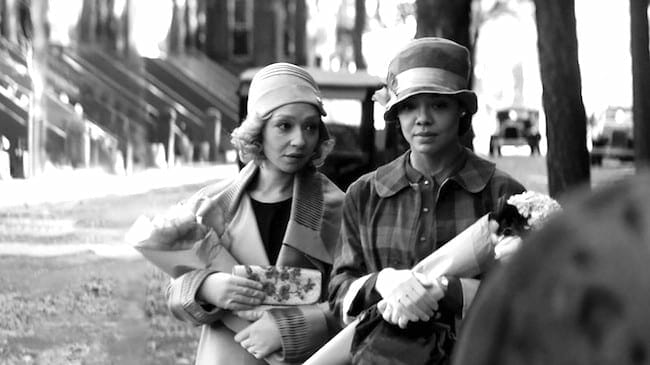 MY NAME IS PAULI MURRAY (2021, 91 minutes), a documentary that looks at the life and ideas of Pauli Murray, a nonbinary Black lawyer, activist and poet who influenced both Ruth Bader Ginsburg and Thurgood Marshall. Two January 31 screenings: 6:30 p.m. Dad’s Garage drive-in) and 6:30 p.m. (Plaza indoors).

ALL LIGHT, EVERYWHERE ( 2021, 105 minutes), a documentary that looks at the biases in how we see things, focusing on the use of police body cameras. Screening: 7 p.m. January 31 (Plaza drive-in).

COMING HOME IN THE DARK (2021, 93 minutes), a horror film about a teacher who’s forced to confront a brutal act from his past when a pair of drifters takes him and his family on a nightmare road-trip. Screening: 10:15 p.m. February 1 (Plaza drive-in).

In addition to the screenings, some movies are part of Beyond Film events, which feature metro organizations hosting conversations. Participants include the AIDS Healthcare Foundation, the BronzeLens Film Festival, Morehouse Human Rights Festival, Out on Film, Videodrome and Women in Film and Television (Atlanta).

Beyond Film conversations at Sundance normally require badges or a private invitation but are available to everyone anywhere this year. “This is a level of accessibility that has never been possible through Sundance or part of the approach,” Escobar says. “That means that everyone can be part of some of the innovation and access.” 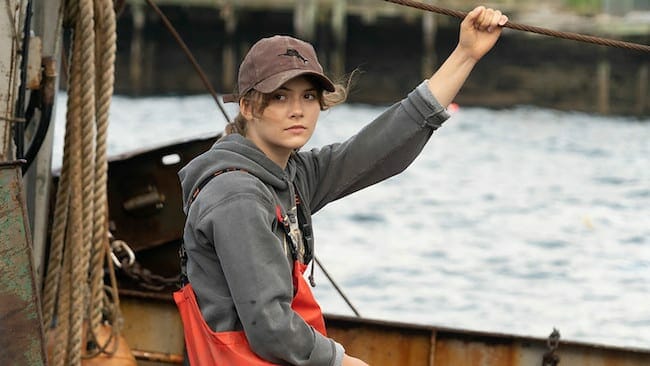 In “CODA,” which opens satellite screenings in Atlanta, Emilia Jones plays a young woman who is the only hearing person in her family.

Here, in chronological order, are the remaining Atlanta screenings:

SUPERIOR (2021, 97 minutes), a drama about a woman on the run who returns to her upstate New York hometown to hide out with her identical twin sister, altering the trajectory of both their lives. Two January 30 screenings: 9:15 p.m. (Plaza indoors) and 9:45 p.m. (Plaza drive-in).

THE BLAZING WORLD (2021, 101 minutes). Fantasy. Decades after the accidental drowning of a twin girl, a self-destructive young woman returns to her family home only to be drawn to an alternate dimension where her sister may still be alive. Two January 31 screenings: 9 p.m. (Plaza indoors) and 9:45 p.m. (Plaza drive-in).

TRY HARDER! (2021, 85 minutes) Documentary. In a universe where nerds are the cool kinds, the orchestra is world class and being Asian American is the norm. Follow as high school seniors compete for the top prize — admission to the college of their dreams. Two February 2 screenings: 7 p.m. (Plaza indoors) and 7:30 p.m. (Plaza drive-in).