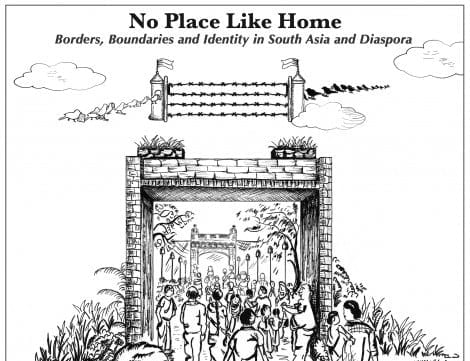 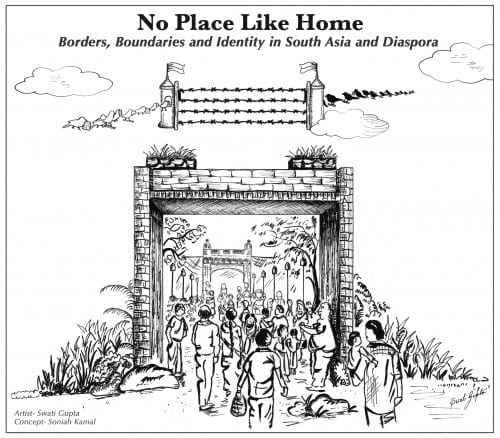 In a nice bit of synchronicity, the latest issue of the literary magazine Sugar Mule, which features almost four dozen South Asian writers, has come out during the run of the movie “Midnight’s Children,” an adaptation of Salman Rushdie’s 1981 novel, which jump-started the worldwide renaissance in and recognition of South Asian writing.

Guest-edited by Atlanta author Soniah Kamal, the issue, subtitled “No Place Like Home: Borders, Boundaries and Identity in South Asia and Diaspora,” includes short stories, poetry and memoirs from writers with personal ties to India, Bangladesh, Sri Lanka and Pakistan.

“I wanted it to be a South Asian issue because that’s where my predominant interest lies,” says Kamal, who was born in Pakistan and raised in England and Saudi Arabia. “When one thinks of borders and partitions, you think of geographical borders. I wanted to go deeper and explore the boundaries within ourselves, as well as the interpersonal relationships among people.” 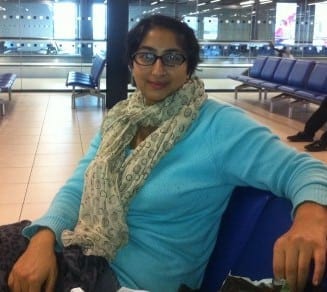 The process took more than a year. “I had the freedom to solicit the pieces, edit them, come up with pretty much everything, which was very daunting and interesting,” Kamal says.

She also contributed two pieces herself: “Repatriation,” a short story about a Pakistani man in America whose yearning for a wife may lead him back home to the practices of arranged marriage, and the memoir “Kashmir Calling,” recounting months-long visits during her childhood by her boisterous “aunties.” 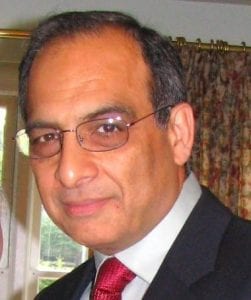 The three decades since Rushdie opened the literary floodgates for South Asian writers have brought us Arundhati Roy (“The God of Small Things”), Chitra Banerjee Divakaruni (“Arranged Marriages”), Shehan Karunatilaka (“The Chinaman”), Mosin Hamad (“The Reluctant Fundamentalist,” a film adaptation of which has just opened in Atlanta) and others.

English-language journals focusing on writers from South Asia are no longer uncommon. But often they are academic publications, says Kamal. That’s why she chose to focus on fiction, poetry and memoir, which she sees as all parts of the same metaphoric coin: “Memoir and fiction tend to mirror each other, and poetry seems to me to be the rim of that coin that joins the two together.”

There is a talismanic rightness to the number of contributing writers: 47. Many of the works included — and, indeed, the theme of divisions that defines the journal — refer back to 1947, the end of British governance of India and the violent beginning of partition of the subcontinent according to religious demographics. 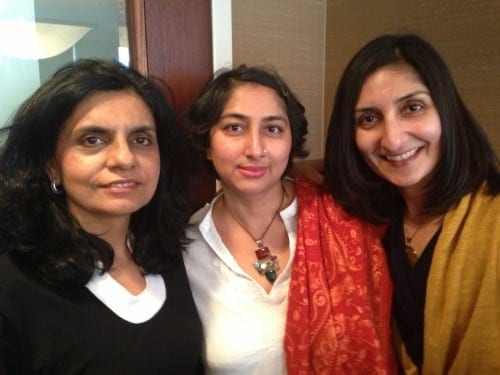 Writer Hinzen was born in India. Her parents fled to there in 1947 from their home in Lahore, in what was to become Pakistan, and eventually to the United States. She has lived in New York and London and has been in Atlanta for 10 years. “I thought of Atlanta, before I moved here, as the Old South,” she says with a laugh. “I’ve been surprised by how many people there are from the Indian subcontinent here.”

Something that appealed to her about Kamal’s Sugar Mule issue was its regional inclusiveness. “Usually you find Indian writing or Pakistani writing separately,” Hinzen says. “What’s interesting is that it cuts across borders.”

Crossing those borders remains an ongoing interest to Pakistani poet Khwaja, who says he hopes to eliminate the invisible, artificial boundaries dividing a shared cultural, religious and artistic heritage in South Asia. “We all belong, it seems to me, to the same subcontinent,” he says. “We share a history, and this is what I’m exploring now in my poems. I’m interested in exploring the whole cultural field of the past that we are heir to, which we often negate because there is a line drawn between countries, and we are supposed to be enemies.”

Khwaja has published three volumes of his poetry and has translated work by Urdu, Punjabi, Sindhi and Seraiki writers into English.

The world may be shrinking, but sometimes it can seem as though the invisible borders between cultures are more rigid than ever. “Like most brown people with unusual names, I had several unpleasant things happen to me in airports after 9/11,” says Enjeti, who has visited India several times but was born and raised in the United States. Her father is Indian, her mother Puerto Rican and Austrian. “I relate more to other people who were born and raised in America — white Christians — than I do with people who were raised in South Asia,” she says.

It was a surprise, then, when she was in high school during the 1991 Persian Gulf War, that classmates scrutinized her not-quite-WASPy features with suspicion. She was suddenly “the other.” Things only got stranger after the al-Qaeda terrorist attacks of 2001. Enjeti’s story in Sugar Mule concerns the relationship of a Caucasian landlord with two tenants, refugees from both Sri Lanka and the Manhattan 9/11 attacks, whom he initially views with distrust.

“I liked that Soniah let me tell this kind of story, which was not so much closely tied to culture in South Asia as it was about how South Asians are perceived by other people,” Enjeti says.

Here’s hoping that the shared memoirs, stories and poetry of the kind found in Sugar Mule help to improve those perceptions, from within and without the South Asian community.

Watch the official trailer for the issue here.