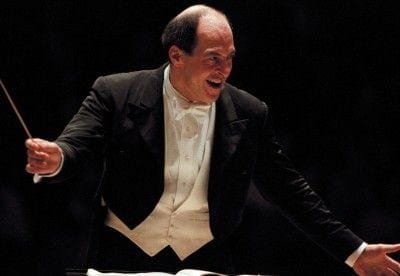 Atlanta Symphony Orchestra conductor Robert Spano’s program in Symphony Hall last weekend lingers in the mind for the Aristotelian notion that true art both instructs and entertains. Each work mysteriously illuminated the next.

Liszt’s tone-poem “Orpheus” recalls an image of an Etruscan vase with the poet-musician Orpheus enchanting the world with song. Liszt’s vision, however, is merely pretty, and his execution more than a little clumsy, with ethereal harps and sensuous lower strings obscuring odd, forward-looking harmonies. Debussy found in Liszt’s blend of tradition and proto-impressionism a unique harmonic palette. The ASO delivered this concoction with as much lush sensuality as the piece’s peculiar orchestration fairly permitted. I’d never heard it performed live and don’t expect to hear it played so well again; the evening was off to a charming start.

In Beethoven’s magical Concerto No. 4, pianist Louis Lortie, as Orpheus, soothed the ASO’s violent strings (the wild beasts of myth) into lyric submission. Lortie kept this second movement simple and aristocratic, and gave it requisite motion as Beethoven instructed (“con moto”), while the Atlanta strings howled in torment. Lortie was exceptionally persuasive in the flanking movements as well, holding to a classical integrity and transparency that made treacherous decorative scales and arpeggios sound easy, but also coloring with imaginative pedal effects and immaculate phrasing.

His was an interpretation of real distinction, carefully gauged and virtually note-perfect. He dug into the keyboard for big, bruising sonorities when the score demanded power, though at reduced volume some of his subtleties were lost to the hall’s constricted acoustic.

The evening ended with “La Mer,” which Spano conducted with notably more precision than it usually gets, trading the haze of traditional impressionism for clear-eyed, unsentimental transparency and refinement.

Although the wind whipped and the waves billowed, Spano went for tight instrumental balances and a precision of utterance that emphasized Debussy’s revolutionary rhythmic and harmonic schemes. The last-movement storm erupted in violence that partook not so much of the sea itself but seemingly of its molecular components — an aural seascape like nothing that had gone before. This was Orpheus opening the new century and closing the door on the old, and Spano’s ASO slammed it shut with a vengeance.