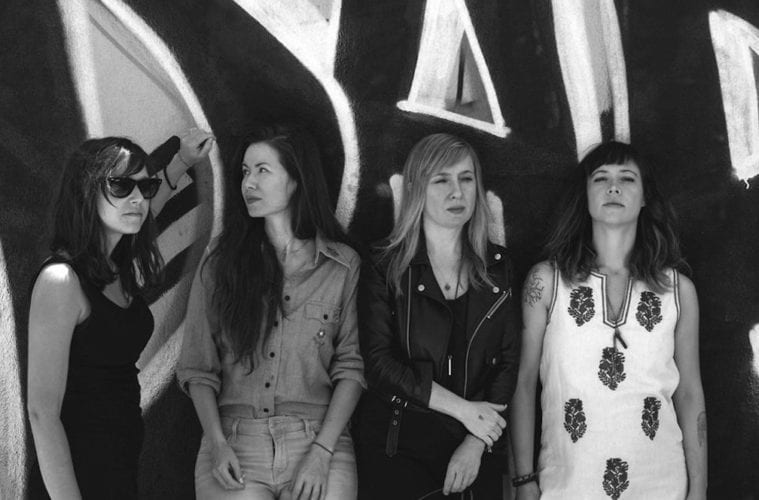 Shantih Shantih brings the fuzz and the fury on Wednesday at The Bakery Atlanta, offering up a psychedelic stew loaded with serpentine guitar riffs and hypnotic rhythms. Conjuring a spell that’s both enchanting and dynamic, the garage rock quartet carries a certain mysticism in its sound that’s hard to shake.

Colored in sepia tone, the band’s debut of Winter in September holds a vintage quality in the melancholic twang of “Vulnerable Child” and in the sunny, ooh-la-la chorus of “Tell Me I’m Wrong” that harks back to the wry spunk of the ‘60s. Led by singer Anna Barattin’s sardonic melodies, it’s a record built on tales of lost love and starry-eyed daydreams of finding a semblance of peace amongst the chaos of touring and the working grind.