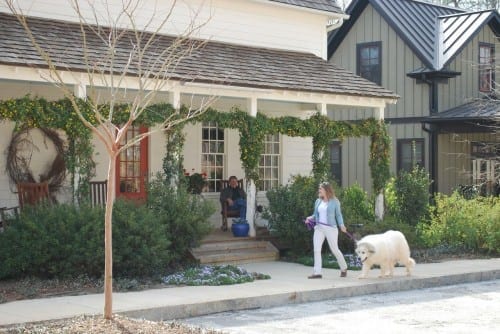 Bucolic Serenbe, the “anti-suburb,” to phase in wellness and schools 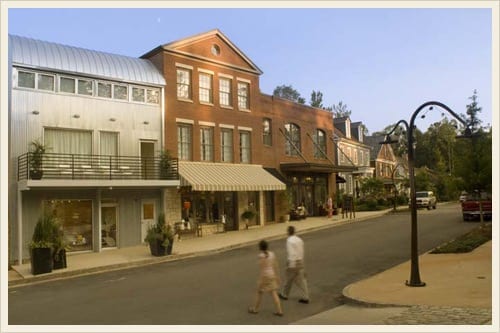 By 10 a.m. on a recent Friday, under the shade of a general store awning at Serenbe, it’s already sit-and-sweat boiling outside. But the heat is no deterrent to Garnie Nygren, who is leading a rapid-fire, 50-minute tour of the South Fulton County sustainability mecca’s latest neighborhood, called “Grange” after the French word for farm. It’s not until the tour ends that Nygren mentions something that most city dwellers would find remarkable: she had left her laptop computer — her life — on a little table outside Fern’s Market, plugged in and vulnerable.

It wasn’t left there to prove a point. It’s how she lives. “Crime happens in places where people can very distinctly tell that there’s no community, that there’s no awareness, that people are invisible,” explains Nygren, who is Serenbe’s director of operations and the daughter of its founder, former Atlanta restaurateur Steve Nygren.

Since its beginning in the late 1990s, Serenbe has always used architecture to foster a sense of community. There’s a rule, for instance, that every house’s porch must cover at least 70 percent of its front mass, which puts residents within wine-offering distance of pedestrians.

For now, Serenbe consists mostly of two dense hamlets, Selborne and Grange, modeled after rural English towns, girded by bucolic horse pastures and connected by walking paths. They are shaped like the Greek letter omega, or horseshoes. From the heart of the curve, the hamlets transition from densest to least dense: from commercial and live-work spaces to townhouses to cottages and finally estates, with large floral buffers. 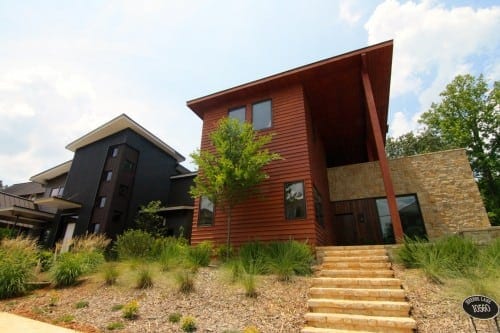 The Grange includes modern as well as rustic architecture. (Photo by Josh Green)

The function in the form is that all 125 residences in each hamlet, once finished, will be within a four-minute walk of its commercial heart. The homes range from cottages, which lean heavily on Southern vernacular architecture, to clean-lined contemporary houses and sleek townhomes.

Somehow, Serenbe leaves the impression of an eco-conscious frontier town, so sustainable that 70 percent of its vegetation is edible and chemical-heavy lawns are all but forbidden.

Up next is Phase Three, to be called “Mado” for a Creek Indian word meaning “things in balance.” Which is where Stockholm comes in.

Mado is expected to break ground within a year. Steve Nygren, of Pleasant Peasant restaurant fame, recently visited the Swedish capital, known for its artful blend of historical and modern glassy structures, on a scouting trip. The city could strongly influence Mado’s style, which Garnie Nygren envisions as light, airy and modern. (Unfortunately, it’s much too early for architectural renderings.) 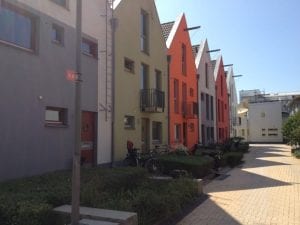 The focus of Phase Three will be health and wellness, with a planned destination spa, boutique hotel, fitness center, community swimming pool, medical offices and what Nygren calls “the 6.0 version of assisted and independent living”: homes for the aged that are integrated into the neighborhood.

“Everybody talks about the third phase in life now, [ages] 65 to 95,” says Serenbe’s marketing director, Monica Olsen. “Everybody’s in these people jails. They need light; they need air; they need a connection to nature.”

The vision for Serenbe’s fourth and final phase centers on education. It calls for a K-through-12 school and a college with about 4,000 dormitory rooms. Nygren said that Serenbe plans to partner with as many as 120 universities for semester-away programs, where students will learn all aspects of sustainability, from construction and agriculture to business. No timeline has been set.

When Serenbe is finished, only 30 percent of its acreage will be developed, with the rest left as permanently protected greenspace. The New York Times has called Serenbe “a utopian experiment in New Urbanism being molded out of red Georgia clay.” But Nygren bristles at the label “New Urbanism.” She is emphatic that the principles behind Serenbe are more complex than simply arranging people close to jobs and shopping.

Technically, Serenbe is a suburb, if only because of its distance from a metropolitan business district. But it aspires to be an anti-suburb as much as an idyllic retreat. Thus the name, a fusion of the words “serenity” and “be.”

The story goes that Steve Nygren and his wife bought a 60-acre farm on a whim in 1991, sold their Ansley Park manse and moved the family to the country. Garnie and her city-girl sisters happily played with sticks and frolicked in the woods, indifferent to modern comforts. A will to protect the land has driven the family ever since.

“We all so rapidly seek out happiness,” Nygren says. “It’s often when you stop, and stop seeking it, that it finds you.” 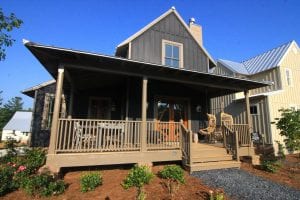 A cottage at the Nest.

And what could sound like an existentialist marketing spiel was proved true when I least expected it. My family ventured from Inman Park to stay for a night in a newer section of Serenbe called “the Nest,” a collection of homes in Grange near a six-acre lake. Ours was a sleek, loft-style cottage with an airiness that belied its mere 900 square feet.

That night, just as I started to pine for the television that wasn’t there and the Internet connection I didn’t have, I slipped outside and dangled in one of two pod-like swings on the front porch. A chorus of insects wafted in from the pines, so amplified by the lack of other sounds that it seemed oceanic. Beyond our porch and the dusty road, the only indication of human encroachment was the cloud-cutting stream of airplanes overhead, tracing varied trajectories to and from the busiest airport in the world.

On that porch swing, in a clean summer breeze, the concept of busyness seemed foreign and abhorrent. I listened to the bugs for hours.