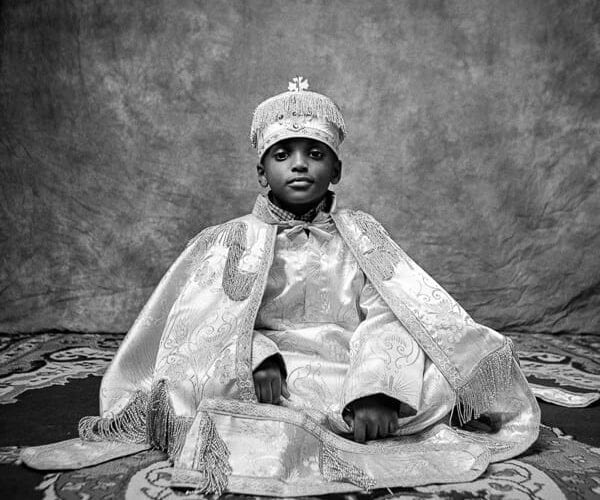 Shine Huang: See Me As I Am. In portraits, still lifes and photograms, the photographer documents Atlanta’s Ethiopian and Eritrean communities and their daily objects. Through December 30. Mason Fine Art.

Al Taylor: What Are You Looking At? The High Museum presents the first museum survey in the US to explore the career of American artist Al Taylor, with more than 150 sculptures, drawings and prints. November 17–March 18. High Museum. Isabel Allende, In the Midst of Winter. ArtsATL critic Gail O’Neill speaks with the acclaimed author about her latest novel. November 16 at 7 p.m. Atlanta History Center.

Irma Thomas, The Blind Boys of Alabama and The Preservation Hall Legacy Quintet. The Soul Queen of New Orleans performs a concert in collaboration with two of the world’s most renowned roots-music bands. November 16 at 8 p.m. Emory’s Schwartz Center for the Performing Arts.

An Evening with Randy Newman. The legendary singer-songwriter takes to the stage of Atlanta’s Symphony Hall to perform his classic songs. November 17 at 8 p.m. Symphony Hall. Luzia. Cirque du Soleil’s latest traveling show, which takes its inspiration from the landscapes and cultures of Mexico, enters its final weekend in Atlanta under the big top at Atlantic Station. Through November 19. Atlantic Station.

Alice Between. The Alliance presents a new production for Grades 4–8 that reimagines Alice as a contemporary girl and the bizarre inhabitants of Wonderland as typical middle-schoolers. Through November 19. Rich Theatre.

Cardboard Piano. Actor’s Express presents the Atlanta premiere production of Hansol Jung’s new play about a pair of girls who hold a makeshift wedding in northern Uganda which is interrupted by the arrival of conflict and war. Through December 3. Actor’s Express.

Arden of Faversham. Resurgens Theatre presents an original practice production of the 1592 Elizabethan play depicting the real-life murder of Thomas Arden by his wife Alice Arden and her lover, and their subsequent discovery and punishment. November 17 at 11 p.m. Shakespeare Tavern.

the g[R]ay Boi. Dancer and choreographer Okwae A. Miller presents a preview of his new work-in-progress, a collaborative, interdisciplinary piece considering the complexities of being male, black and gay. November 19 at 12 p.m. Work Room. A Day in Forsyth County, A Night at Mardi Gras. Film Love continues with its series of screenings of episodes from the American Music Show, an eccentric but long-lived public access cable television show that documented Atlanta’s underground scenes in the 1980s and 1990s. November 17 at 7 p.m. Atlanta Contemporary Art Center.